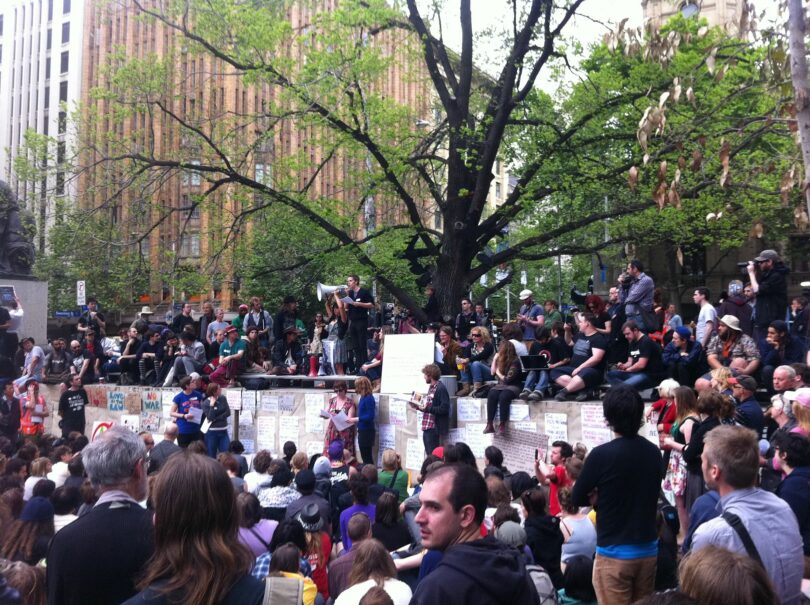 The new Labor government’s Jobs and Skills Summit (September 1 and 2) featured elites talking about how productivity can be lifted “for the benefit of all.” Some elites, especially from the unions, represented the union members of the working class, and in certain ways the whole working class. That’s because of the interconnecting wage stagnation – job precarity problem, and their framework for how it can be tackled. Improving productivity was a dominant theme and that will continue as we head to Labor’s first Budget at the end of October, the May Budget next year, the Employment White Paper in between, and the vital Annual Wage Review starting in late November/December.

The Australian Council of Trade Unions (ACTU) is correct in their August Discussion Paper for the Summit, “An Economy for People,” to reject productivity as the problem and seek to re-define it as productivity “without wage growth.”

Therefore, union activists – especially for those starting to learn their labor economics, the starting point must be the workers’ experience of productivity.

Our experience can, when the mainstream talk won’t, connect productivity to profits and profitability, and that tells us what must be done to raise wages and create jobs, and what the recurring constraints on that will be.

Productivity and profits are two different things but there is a vital connection: working time.

Productivity is output divided by inputs. Production is divided by the inputs that make it happen.

In every working day, over a few hours (stable for some, precarious for many) workers produce a physical outcome: the number of widgets, tonnes dug, lifted, shifted; kilometers driven, floorspace cleaned, patients cared for, and so on. The outcome is production. Productivity is production relative to the effort from the workers over a period of time. That is because the tonnage, the raw materials, the components, the machinery and equipment are “dead” until brought to life by the workers’ effort. The employers/executives do not enliven the physical inputs; the workers’ do that.

During working time, the workers expend energy: physical, mental, and even emotional. Muscles and nerves go to work, often in repeated efforts, whose speed is rarely controlled by the workers themselves. There is physical wear and tear on their bodies, and injuries, even death to deal with. At certain points concentration wanes, as does morale. Emotional capacity withers because the workers’ desire to “do a good job” – the satisfaction of “a job well done” – is compromised.

That is what so many nurses and teachers are experiencing right now. That’s why so many have pulled out and many are considering it. Their lifeblood of wanting to care for others is being sucked out of them.

During, that working time there is also non-productive time (NPT), moments when work is not being done. For the workers, momentary releases are essential for their effort going on before and after them. All workers search for them and sometimes help each other to find them.

For workers, it is a relief, even if loaded with the anxious expectation of rebuke or, punishment. Supply delays, components, internet and power outages, quality problems and machine breakdowns also increase NPT.

From the employer/manager viewpoint, non-productive time is a problem. The reduction and elimination of NPT is an unrelenting quest of the employer, including working out how not to pay wages for it, as in “stand down” clauses in agreements and awards. The “good” employer tolerates some, provided there is some extra effort after (physical and mental) to “make up for lost time.” “Well, that’s only fair isn’t it.” Often, NPT is labelled as “malingering.” (Not far from the “dole-bludger” epithet that is used to demean unemployed workers.)

A “go slow” is also NPT. NPT can also be “bargaining power.”

Workers may or may not lose wages during NPT, but the employers do lose profit and thus productivity connects to profit-taking.

That’s because, hidden in every moment of workers’ effort, the physical outcome has two values: that which is returned as wages and that which the employer will soon take as profit.

For example, in an 8-hour day, the employers require workers to as quickly as possible reach the moment when they have produced the value of their wages, thus there is more time in that day when the workers produce value the employers appropriate to themselves as profit.

That is the key moment in the productivity trick. Productivity becomes profit-taking. And, of course, both become a money value.

Potentially, workers can use non-productive to exercise power. The first step might be the “go slow,” or the extended morning tea or lunch break. Instinctively, workers will talk about this when they are getting fed up with the intensity of their work and the associated dictating.

The unions that embrace productivity, thus discard the real possibilities of productivity control as a source of power. This is partly why the “broken rules” Fair Work Act (FWA09) requires productivity improvement and imposes severe restrictions on industrial action in enterprise bargaining, and even worse in multi-employer bargaining and award consultations.

In the name of productivity, the union embrace of productivity discards the opportunities to help non-union and frightened workers learn about their potential power through “go-slows” and the like.

What About “Working Smarter not Harder”?

“Working smarter” has a certain appeal.

A good example of that is the talk – especially from the employer organizations—about productivity as “working smarter not harder,” and that the focus should be on education and skills formation. That talk was a big deal at the Summit and there will be lots more of it in the months ahead. And again, just like NPT, embracing “working smarter” can deny workers the opportunity to use it as bargaining power.

That “working smarter” is so uncritically embraced by so many in our modern union movement is a real problem.

For workers, sharing their production knowledge, usually far more profound than the production designers upstairs, is dangerous. Working smarter is not as cuddly as it seems.

Most of the algorithm content on microchips starts as workers’ knowledge. “Working smarter” and its close relatives – employee engagement, quality circles, teamwork – transfer knowledge gathered and held by workers about the labor process onto microchips that are then owned and sold by their employers. The steps towards automation, robotic production, and “artificial intelligence,” are made possible by workers’ knowledge embedded in microchips.

The technology outcome of “working smarter” pays workers a pittance, if at all, relative to the profits taken by the employers who expropriate that workers’ knowledge into their hands. Indeed, is money enough to compensate for such a profound expropriation and privatization of human knowledge? Can it be measured?

Productivity impacts on and is impacted by non-working time (NWT). NWT is not the same as NPT. In NWT workers are preparing to go back for the next working time, the next productivity period.

After the expenditure of physical, mental, and emotional energy, the workers crave rest and re-creation. Instinctively and consciously, they want “r and r” to restore what they have given up, the various elements of themselves.

If “r and r” is inadequate – for example, it’s dominated by travel to and from work, sleep disruption, or overwhelming tiredness—there will be consequences, including for productivity the next day.

For example, the intense drudgery of FIFO work spills over and onto the capacity for loving in the interlude of home. Home life becomes tense and relationships with partners, children, friends, and community stress, crack and break.

Also, if restoration is incomplete, there will be health consequences. If there is downward pressure on wages, as is the general tendency in capitalism, the capacity for effective recreation is compromised.

And, there is the unconscious loss of something else; the stress upon, even denial, of the development of each worker’s potentiality. And that also flows onto the compromise of workers’ collective potentiality.

From Physical Productivity to Wages and Profits

The starting point is Gross Domestic Product (GDP) divided by total hours worked and, at the industry level, industry value added (IVA) divided by the hours worked. The Australian Bureau of Statistics (ABS), Treasury, the Reserve Bank and the Productivity Commission will provide a lot of data about productivity. My hunch is that will include technical/technocratic versions of how it is measured and a scramble to insist that better versions than those that hit the public airwaves should be heeded.

That’s because labor productivity is not the real problem, as the ACTU has clearly shown in their Discussion Paper. Here also, you can see the profit and investment outcomes that flow from and also into the productivity effort separately.

Thus, the primary rationale is to manage entrenched wage stagnation, especially so that any reversal does not go too far, especially as we head to the next AWR. For the employers, the Treasurer, others in the government and the ALP, the Reserve Bank, Treasury, the Productivity Commission and the Fair Work Commission, the task is how to prevent or restrict any moment where workers and their unions decide to break the straitjacket of consent to stay inside the “broken” bargaining laws.

Workers experience productivity as competition in two harmful and interdependent ways. First, the nationalist comparison for Australian workers to outcompete workers in low-wage havens. The workers across our border are defined as a threat and out-competing them prevails over building cooperative, solidarity, and worker organizing relationships with them.

Second, there is the extreme differentiation of wages, conditions and hours within regions, industries and the economy. The combined introduction of enterprise bargaining and removal of award-based collective bargaining has created multiple wage rates at each skill level. In most industries, workers are paid at different rates both below and above the award minimum. In that system workers “learn” that their wage claim must not push above the workers employed by a competitor. The system goes further: some larger employers create multiple “profit centers” so that within enterprise bargaining in one centre the employer can argue that an enterprise agreement that exceeds the standard in another centre will lead to closure. Workers are forced to police their own pay claims, even though working for the same employer, and doing the same work.

Any pundit who calls for more competition between employers is harming workers because big corporations and small still compete against each other and that includes creating “wages competition” between workers.

Is There “Good” Productivity?

All up the mainstream productivity strategy is planned to be something that is done for and to the working class, sweetened with partial benefits for some here and there.

Workers’ democratic control of the labor processes from which productivity, wages and profitability come are not intended to be part of the solution.

Immediate worker education should be explaining to bigger numbers of workers, starting from union members, what the elite language is all about and how the major institutions work against the working class.

Don Sutherland is 72 years old and lives in Richmond, an inner eastern suburb of Naarm, also known as Melbourne. He is now “retired” after nearly 20 years as an education coordinator, organizer, and industrial officer with the Australian Manufacturing Workers Union in their national office in Sydney. He has been active in the union movement since the early 1970s in several jobs, including public education and factory work, and in directly employed union roles. You can find out more at his blog “Solidarity Dynamics” (www.solidaritydynamics.com.au).