During the last twenty-five years, Professor Davis has lectured in all of the fifty United States, as well as in Africa, Europe, the Caribbean, and the former Soviet Union. Her articles and essays have appeared in numerous journals and anthologies, and she is the author of nine books, including Angela Davis: An Autobiography; Women, Race, and Class; Blues Legacies and Black Feminism: Gertrude "Ma" Rainey, Bessie Smith, and Billie Holiday; The Angela Y. Davis Reader; Are Prisons Obsolete?; a new edition of Narrative of the Life of Frederick Douglass; and The Meaning of Freedom. 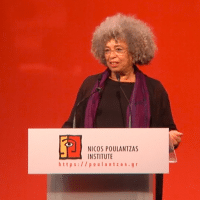 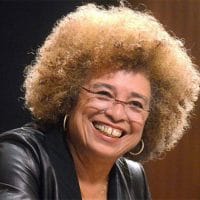 “I have spent most of my life studying Marxist ideas and have identified with groups that have not only embraced Marxist-inspired critiques of the dominant socioeconomic order, but have also struggled to understand the co-constitutive relationship of racism and capitalism.”

We are writing in support of Shane Bauer, Sarah Shourd, and Josh Fattal who have been unjustly detained for more than nine months.  These three young people are active members of a global community opposed to US aggression in the Middle East.  They do not deserve to be punished for the policies of their […]