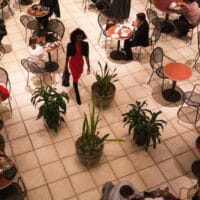 Words for different flavors of trans people come and go, gathering different assortments of us together and drawing different lines between us.