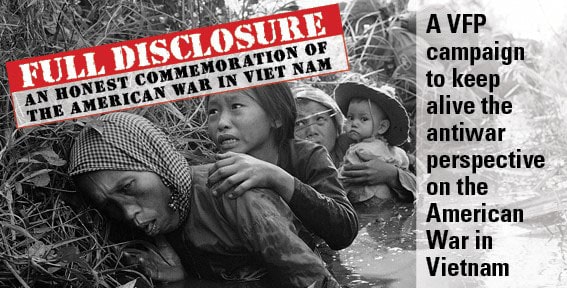 The Pentagon is intent upon taking control of how we remember the American War in Vietnam.  Their myth-making has already begun and will continue for a decade of fifty-year commemorations.  Some of us are not going to stand by and let this happen.  We are fighting back.  We in Veterans For Peace are taking our […]

This year marks the 50th anniversary of the landing of U.S. ground troops in Da Nang, Vietnam, the beginning of the American War in Vietnam.  To observe it, the Pentagon is undertaking a multi-million dollar campaign to rewrite and whitewash the history of that war. In response, Veterans For Peace (VFP) has announced the Vietnam […]