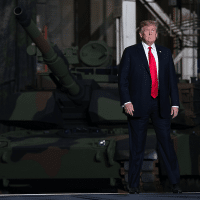 “In the police you see the dirty work of Empire at close quarters. The wretched prisoners huddling in stinking cages of the lock-ups, the grey cowed faces of the long-term convicts, the scarred buttocks of the men who had been flogged with bamboos.” –George Orwell, Shooting An Elephant and Other Essays “. . . the […]

Alfred W. McCoy.  Policing America’s Empire: The United States, the Philippines and the Rise of the Surveillance State.  Madison, WI: The University of Wisconsin Press, 2009. In the build-up to the Iraq and Afghan wars, liberal humanitarians and neoconservatives alike bantered on and on about the necessity of empire and its capability of removing tyrannical […]