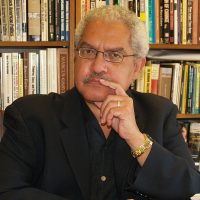 Many people from divergent ethnic backgrounds, speaking various languages, and possessing different cultures now share a common experience of inequality in the United States. Yet there is an absence of unity among these constituencies, in part because their leaders are imprisoned ideologically and theoretically by the assumptions and realities of the past.

Several weeks ago, with much media fanfare, the James Baker-Lee Hamilton Committee submitted to President George W. Bush its long-awaited, bipartisan report on the U.S. war in Iraq.  On balance, the report provided Bush with a face-saving strategy for pulling out all U.S. combat forces by the beginning of 2008.  The Baker-Hamilton report favors an […]