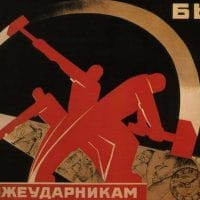 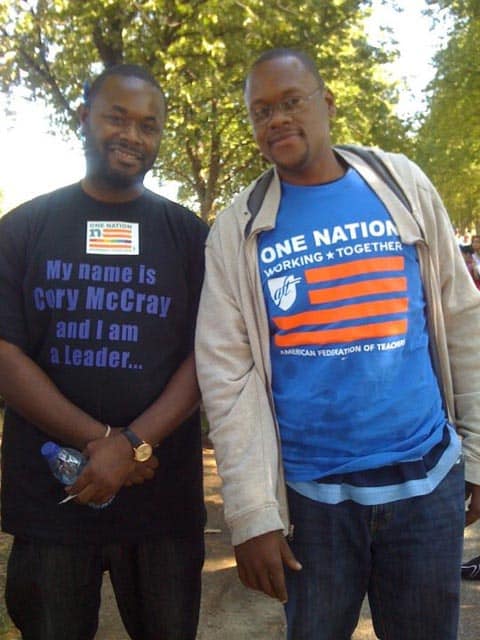 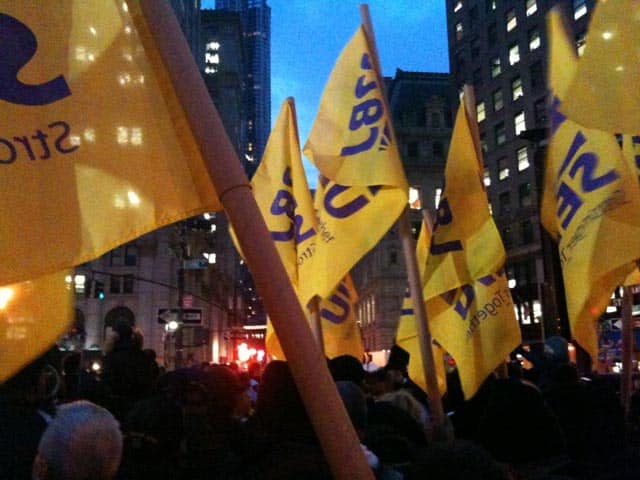 Thirty years before the birth of the Occupy Wall Street movement, President Reagan fired enough striking air traffic controllers to fill a protest march across the Brooklyn Bridge (11, 345 PATCO members, to be exact).  And in the three decades since Reagan famously said “if they do not report for work within 48 hours, they […] 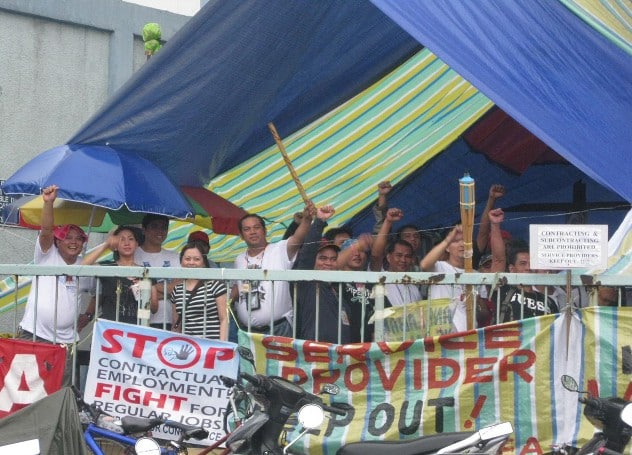 In my last posting on #OWS, I related a series of conversations I’d had with global trade union activists on their perceptions of #OccupyWallSt.  After the article appeared, several global labor activists contacted me with follow-up and feedback.  Steve Faulkner, an International Officer at the South African Municipal Workers Union (SAMWU), wrote to say that […] 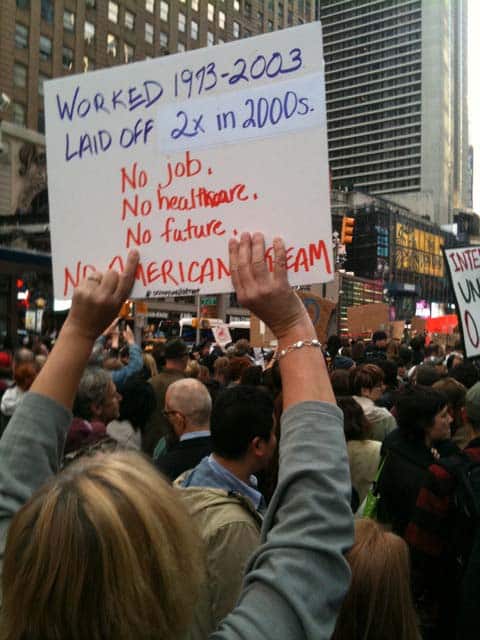 “I’m just a soccer mom.  Well, a swimming mom, if you want to be exact.”  This is how the middle-aged women holding up the “Worked 1973-2003” sign at Saturday’s Occupy Wall Street rally at Times Square described herself to me.  She stood next to a young boy leaning against his dad, the son holding up […] 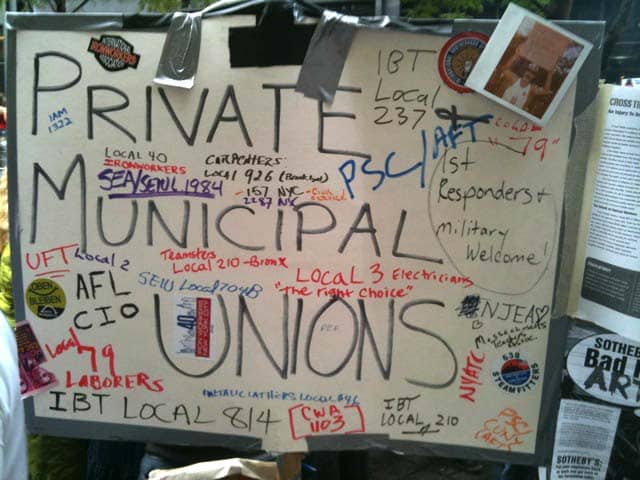 If you go to Zuccotti Park looking for the U.S. labor movement, you might be disappointed.  Other than a presence in the October 5 march and a series of public endorsements, you will find no purple SEIU banners, no occupiers in red & black UNITE-HERE t-shirts, no AFL-CIO booth at Liberty Plaza, and no permanent […] 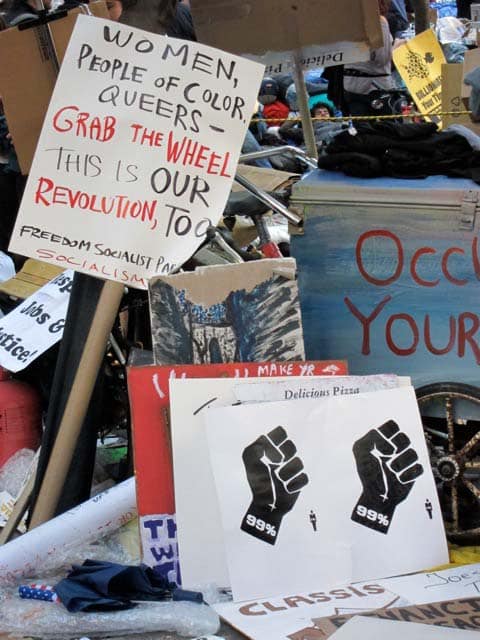 Has Wall Street become the site, the space, the barricaded-yet-porous position of the next American Revolution?  Is Zuccotti Park, the 33,000-square-foot privately owned yet publically accessible sliver of real estate across the street from the World Trade Center site in lower Manhattan the new streets of Chicago (October 1968) or the new streets of Seattle […]

Dear Sydney Morning Herald, You did your readers and all working people a grave disservice today.  By titling a column about hundreds of thousands of miners around the world going on strike for better working and living conditions a “strike contagion” — and thus associating actions by workers with germs, plague, and disease transmission — […]

Five years ago today, an explosion rocked the Sago mine in Upshur County, West Virginia.  Twelve miners died; miners’ families were led on a horrific emotional roller-coaster ride during which they were told that their trapped fathers, husbands, brothers, uncles, and in-laws had been found alive (only to find out, hours later, that only one […] 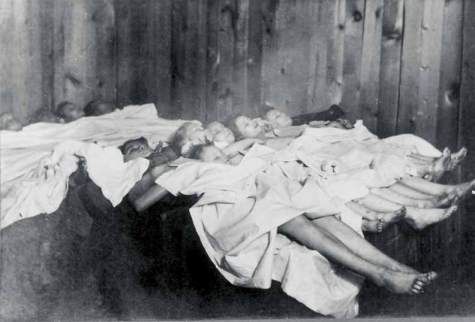 This is a Christmas story you probably won’t hear retold during those sleek holiday shopping advertisements or around the flush tables of Don Blankenship or other mining company executives.  Because this is the supposed season of joy, you may never have heard about Christmas eve in Calumet, Michigan in 1913.  Perhaps it’s best to let […]

Over the course of the past week, several stories have appeared in the U.S. media that seemed to celebrate, without an iota of sarcasm or self-criticism, the bright and happy futures of 33 coal miners who have been trapped underground in the San Jose mine, in utterly unbearable conditions, for six weeks — and who […]