Shih-Yu Chou is a Taipei-based worker who takes inspiration from the October Revolution and the Cuban Revolution. She acquired her doctorate in politics from Sheffield University in March 2012. 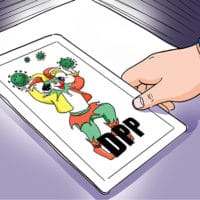 The ruling establishment’s intrigue against the WHO might seem at odds with Taiwan’s failed bid to join the World Health Assembly (WHA) this past May, but there was no contradiction between Taiwan being seen fighting a David and Goliath-like battle with both the WHO and China, thereby flaring up geopolitical tensions from without. Both served […]