The real forces responsible for the destruction of many Muslim-majority countries and the current chaos present in many Western countries are not generated by civilian populations or religions but instead by the global oligarchy that engineers and profits from this chaos.

Bushfires have always been part of Australia. Even before the first human settlers arrived around 50,000 years ago, fires sparked by lightning strikes were a feature of the landscape for at least 30 million years. 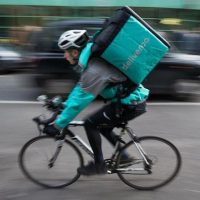 On May 21 Australian Greens deputy leader Adam Bandt introduced a small but potentially significant private member’s bill into the House of Representatives. 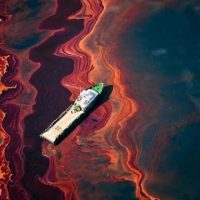 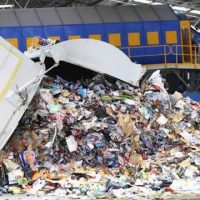 Recycling isn’t complicated. Households and businesses separate their recyclables from the rest of their rubbish and put them out for collection. This material then is supposed to be sorted and made into new products–a small but important contribution to sustainability in a world awash with waste. 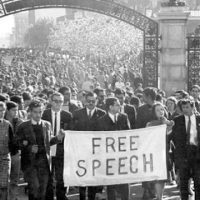 On university campuses around the world, “free speech” is becoming the favourite slogan of the right, sure to be raised during campus political controversies. Milo Yiannopoulos, an avid and notorious alt-right figure, ended his night with several hundred anti-fascist protesters. Joined by residents of the Flemington and Kensingston commission flats, protesting and showing the need for radical anti-capitalist defiance against fascists, such as Yiannopoulos. This expert has some shocking revelations about @jeremycorbyn‘s past… The information contained within the 2017 edition of the National Footprint Accounts, and especially its elegant publishing platform, will be useful to critics of the status quo maintained by the major capitalist economic powers. To make sense of the data critically, however, one must go far beyond the explanation given below, as root causes are […]

The fact that a large number of refugees, especially from countries which have been subjected of late to the ravages of imperialist aggression and wars, are desperately trying to enter Europe is seen almost exclusively in humanitarian terms.  While this perception no doubt has validity, there is another aspect of the issue which has escaped […]

In January 2016, I attended Tate Britain’s Artist and Empire: Facing Britain’s Imperial Past, a disappointing exhibition that in spite of its title did not face Britain’s past in any meaningful way.  On the contrary, as I argued in my review, it shied away from this bloody history in favour of quasi-glorification, non-committal wording and […]

5th Dr. BR Ambedkar Memorial Lecture, Indian Institute of Dalit Studies, New Delhi, September 27, 2014 I I would like to use this occasion to dwell upon a point to which Dr Ambedkar had drawn attention in his closing speech to the Constituent Assembly on November 25, 1949.  In that speech he had underscored a […]

I. The Piketty Argument Thomas Piketty’s book Capital in the Twenty-first Century embodies an immense amount of empirical research into the distribution of wealth and income across the population for a number of advanced capitalist countries going back for over two centuries.  In particular Piketty has made extensive use of tax data for the first […]

There is a pervasive view that growth under capitalism, though it may worsen poverty, even absolute poverty, to start with, eventually leads to a lowering of poverty.  The experience of the English Industrial Revolution is invoked in this context.  There has been a huge debate among economic historians about the impact of the Industrial Revolution […]

Five years ago today, an explosion rocked the Sago mine in Upshur County, West Virginia.  Twelve miners died; miners’ families were led on a horrific emotional roller-coaster ride during which they were told that their trapped fathers, husbands, brothers, uncles, and in-laws had been found alive (only to find out, hours later, that only one […]

A year after the chaotic Copenhagen summit, the 2010 UNFCCC climate conference begins in Cancun.  Expectations are low this time around, especially compared to the eve of Copenhagen. That’s probably both good and bad.  The conference last year had been so hyped up beforehand, with so much hopes linked to it, that the lack of […]

The global crisis has led some to question the dollar’s place as the dominant currency.  This column discusses three camps in the literature: those advocating a new synthetic global currency, those arguing that a new reserve currency will emerge, and those suggesting a return to sharing the role.  It concludes that talk of the […]

CALL TO ACTION Organize Events in Your City! Confront Dow Chemical at the Dow/Live Earth Run for Water Tell Dow: You Can’t Run from Your Responsibilities! APRIL 18 2010, 8:00 am Dow Chemical was among the chief producers and profiteers of Agent Orange during the Vietnam War.  In addition to wartime exposure resulting in […]

Today is my daughter Leila’s fourth birthday, and while this occasion brings my thoughts back to the day she was born, the past 24 hours have otherwise been full of fairly devastating news. If the left can admit to having icons, then two of them have just died.  Yesterday it was the great historian […]

I’m going to discuss the utility of non-violent resistance as it applies to resolving the Israel-Palestine conflict and, specifically, the occupation and blockade of the Gaza strip.  Even more specifically, I’m going to discuss the Gaza Freedom March (GFM), of which I’m one of the organizers.  But before discussing Palestinian non-violence, several things must be […]