[The photographs below were contributed by the co-chairs
of the Alachua County Labor Party Jenny Brown and Mark Piotrowski and Brown’s partner Joe Courter — Ed.] 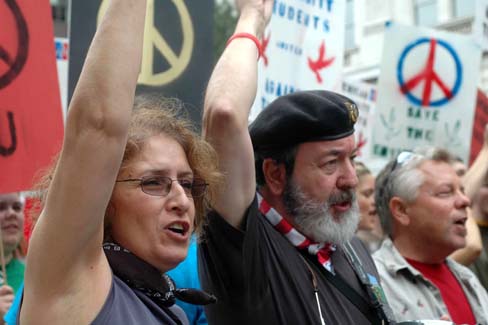 Madelaine and Harvey Dennenberg, of Maryland, march with the Labor Against the War delegation. Harvey is a Vietnam combat veteran. Photo by Jenny Brown 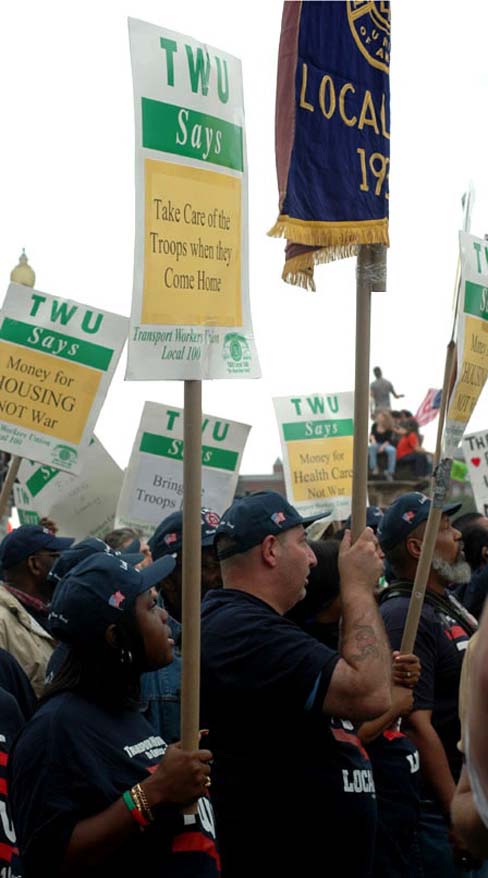 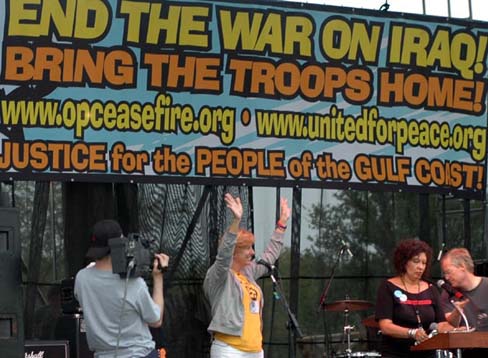 Cindy Sheehan waves goodbye to the crowd after speaking briefly at United for
Peace and Justice’s Operation Ceasefire concert. Photo by Mark Piotrowski 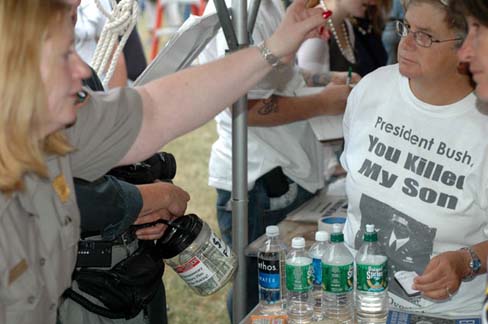 The last of several visits by various police entities to the tent of Military Families Speak Out and Veterans for Peace. The dispute was over the sale of t-shirts. Photo by Joe Courter 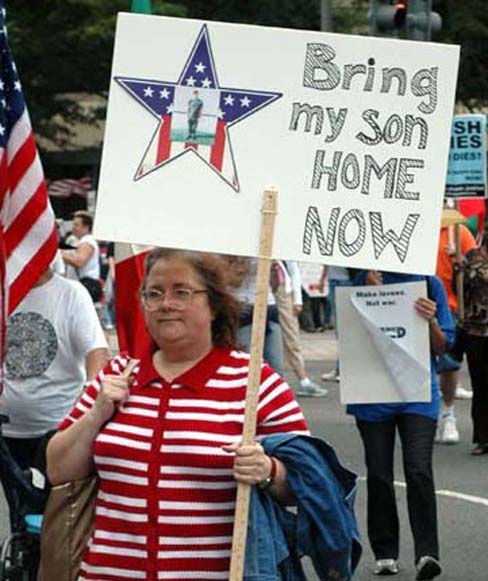 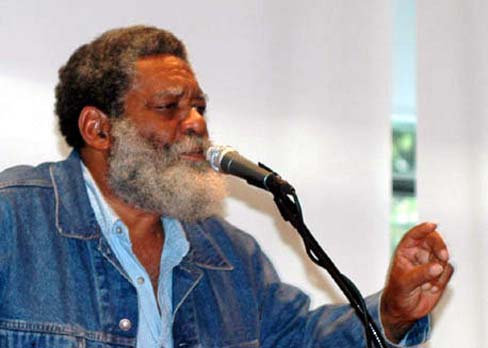 New Orleans organizer Curtis Muhammad, co-founder of Community Labor United, speaks September 24 at a Labor Against the War event at the AFL-CIO headquarters, just before the larger rally and march. Photo by Jenny Brown 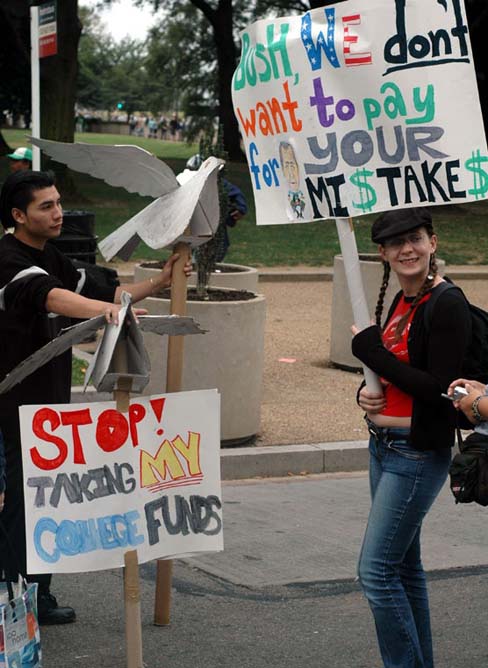 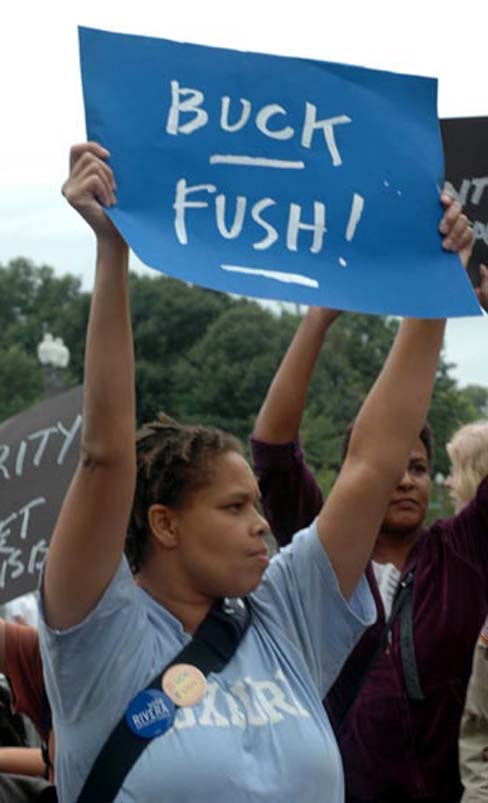