Click here to download (for free for a limited time) the Socialism and Democracy special issue “The Roots of Mass Incarceration: Locking Up Black Dissidents and Punishing the Poor.”

On Friday, March 20th, 2015 at the Malcolm X & Dr. Betty Shabazz Memorial and Educational Center in Harlem, the journal of Socialism and Democracy will host an inter-generational dialogue, “We Have Nothing to Lose But Our Chains: Black Resistance and the Roots of Mass Incarceration,” to draw attention to the myriad of ways State repression, institutional racism, poverty, mass unemployment, lack of decent and affordable education, housing, and healthcare intersect with the rise, fall, and criminalization of the Movements of the 1960s and 70s, Black Lives Matter, the heightened militarization of police, and the political and mass incarceration of more than 2.5 million poor and working-class Black, Brown, Asian, white, and Muslim-Arab people.

Some fifty years following the triumphs and crushing of the Civil Rights and Black Power Movements, young people are following in the footsteps of thousands of young people who took to the streets of Watts, Newark, Cincinnati, Harlem, and elsewhere in protest of persistent and unpunished police killing of unarmed Black men, women, and children.  In 1966, these socio-political realities led thousands of young people to join the organization known as the Black Panther Party for Self-Defense.  In 2015, young people from Ferguson and beyond are joining the ranks of Black Lives Matter, and have seized this time to declare to the world that Black lives really do matter, to demand their human rights and protest for their right to dissent and resist in defense of their own lives.

“We Have Nothing to Lose But Our Chains: Black Resistance and the Roots of Mass Incarceration” is an inter-generational conversation that brings together a newer generation of activists and an older generation of activists in dialogue that seeks to re-imagine, transform, and develop strategies to help move months-long rebellions into a sustained social justice Movement of political education and long-term action. 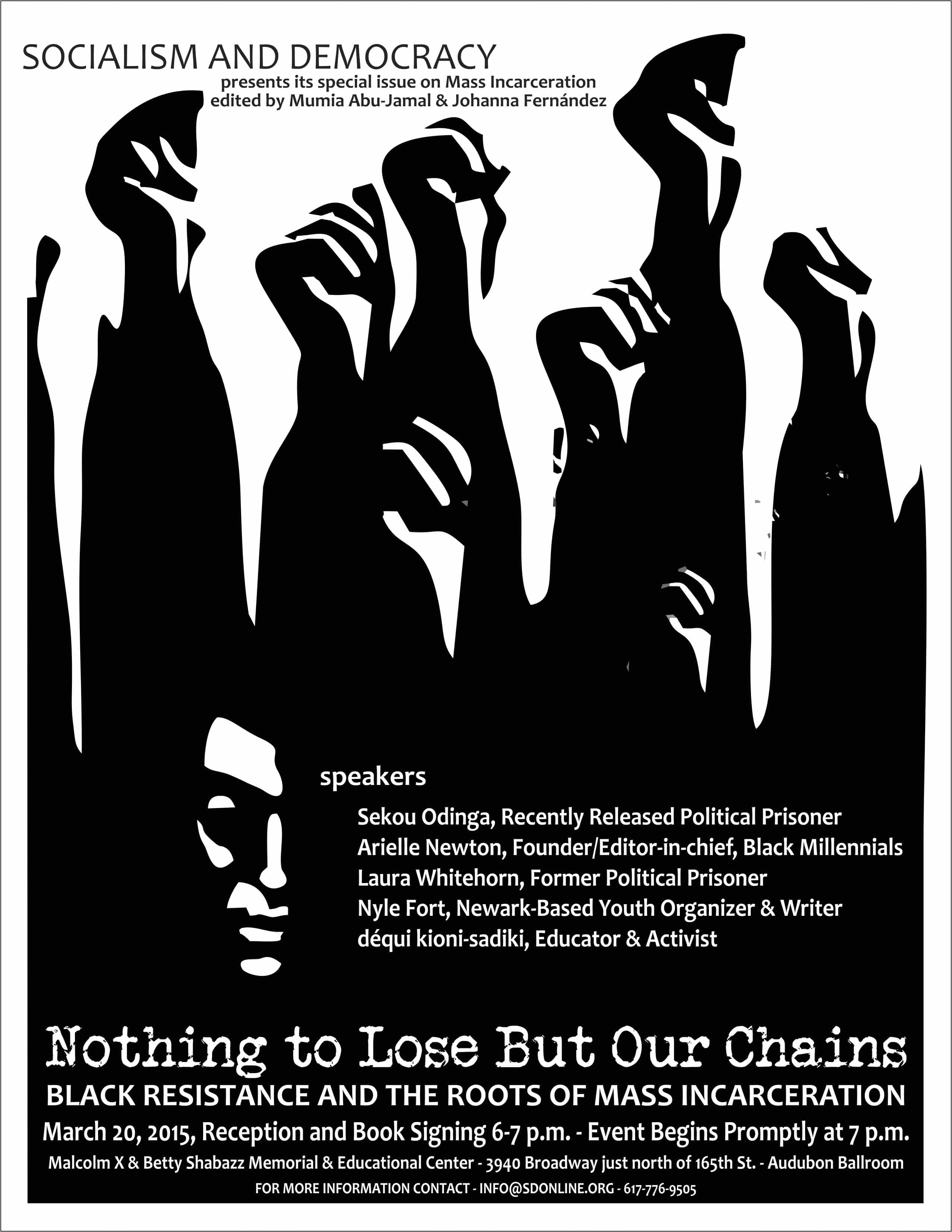 Contact: info@sdonline.org; 617-776-9505.  Click here to read David Gilbert’s review of the Socialism and Democracy special issue “The Roots of Mass Incarceration: Locking Up Black Dissidents and Punishing the Poor”: “Beyond Reform: Essays Call for a Sweeping Reassessment of Incarceration” (TruthOut, 8 March 2015).