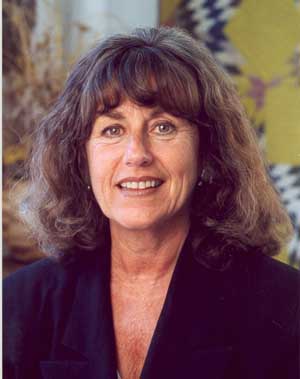 Dr. Martin Luther King, Jr. at his most radical, the year before he was assassinated, said: “the greatest purveyor of violence in the world today — my own government.” That was four decades ago, yet it is perhaps more true today. The greatest purveyor of violence on this earth is my own government. For those of us who have the unique responsibility of living in the United States, whether we call ourselves Americans or reject the narrow association, whether citizen or exile, anarchist, Marxist, artist, environmentalist, queer, feminist, or Buddhist, our tasks include building independent opposition and alternatives to the endless war on terrorism. And building independent opposition to the centralized and secret federal, militarized state, that must, of necessity, accompany empire both at home and abroad.

This resistance can take the form of humor, art, militancy, or door-to-door organizing, but the stance is what Edward Said called “a spirit in opposition, rather than in accommodation.” It is a choice to be vibrant dissenters, to question, to engage in what Michel Foucault calls “a relentless erudition,” to remain insurgent, to try to “speak truth to power.” It is the dead opposite of silences and aversions, of expediency, of orthodoxy and slogans, of mandatory patriotic nationalism.

As you are speaking with others of your generation, perhaps the first task is not just setting out the facts. The facts are right there at hand. They are storing memories in their hard drives, these young colleagues of yours, the “shock and awe” bombing and razing of the ancient civilian town of Fallujah, the caging of 2 million people — largely African American and Latino — in prisons in the United States in the name of public safety, the appropriation of women’s sexuality and reproductive health care as the province of the state, the young naked men on dog leashes held by U.S. soldiers, California’s “power shortage” being casually arranged by the deregulators and market makers of Enron, the wounded prisoner in a mosque shot dead by the marine, the hooded prisoner with electric wires attached. . . . To a degree that may surprise us, a large part of your generation already not only knows the facts but can describe their context, and describe that context in terms of racism and corporate plunder and, even, yes, imperialism. To a degree that may surprise us, they will have someone they love in prison, or on parole or probation, or even be under some form of police supervision themselves. The facts are there, they know what the “law” is about smoking pot, or swapping tunes, or drinking a beer before they’re 21. They will have even had the thought . . . “police state.”

As digital children at the end of the Cold War, this new generation came of age as witnesses to at least three open wars and multiple additional U.S. invasions (Bosnia/Kosovo, Somalia, Haiti), were teen observers during the collapse of expectations for a world of peace, awash in the gilded ‘90s extravagant consumerism of videogames and shopping malls; they joined and helped to cohere the global justice movement exposing the WTO in Seattle in 1999, partying into the millennium, maturing at the moment of 9/11 and observing the emotional wave of patriotism — and the way it was put to use by Bush&Co. Many have learned more about U.S. politics from the way Bush won in 2000, and the way Kerry lost in 2004 (never mentioning the torture, calling for more troops to be sent to Iraq), than their parents ever learned.

But how will your friends and colleagues deal with their own near intolerable burden of memory? Especially in the United States, which has been called the United States of Amnesia? We don’t know who we are or where we are. We talk of “minorities,” but today’s “minorities” are the majority in the world, on this continent and soon within the United States. We are in the midst of gender role transformations eroding the binary edges of female/male, urging us to rethink stereotypes and pieties. How many people in the United States could name the six countries that border Iraq? Remembering and forgetting are both political acts. The whole of the U.S. media makes a constant appeal to forget what we know, and instead to watch the game and to buy the legal drugs of choice, to consume.

Today, the United States constitutes 4.8% of the world’s people, yet controls 60% of the world’s wealth. And 1% of world’s richest receive as much income as 57% of the world’s poorest. As Venezuelan President Hugo Chavez likes to note, if the rest of the world consumed oil at the current rate of the U.S., all the oil (& reserves) would be depleted in some19 days — an ongoing ecological disaster that cannot last.

This inequitable and unjust situation can only be sustained by naked force, domination of resources, media, finance, culture, and, critically, the sense that there is no other way — that global U.S. dominated neo-liberal capitalism is inevitable and unending.

The savage U.S. war and occupation of Iraq, the permanent war against “terrorism,” the militarization of the economy, culture, and institutions and the consequent erosion of democracy, transparency, and liberty at home are normalized, presented as a given, a natural phenomenon. The very notion that we will inevitably go along, collude, itself requires us to respond with urgency. Five years ago, the U.S. spent as much on its military as the next 15 countries combined. Today, the U.S. spends as much as all other countries combined.

But the starting point is not just another harsh list of harsh facts. If you were able to organize just those of your generation who already know the harsh facts, we would be at a radically different stage. To stand against this plunder and face the drumbeat of such overwhelming certainty that What You Do Won’t Make a Difference requires a radical leap of audacity, of imagination. It is essential to the project of empire that people cannot imagine another way, that the inevitability of peoples’ powerlessness is overwhelming.

Being a revolutionary, a radical, an anarchist, a rebel requires imagination, now more than ever.

We need not be excessively romantic to insist upon trying to act with awareness and unity with the people — the marginalized, excluded, and impoverished — who are rescuing themselves, and who agree with you and your friends that the humanist solutions we need go beyond the borders of any single country. New thinking is required: revolutionary democracy, reinvented socialism, transformed relationships and economic structures.

Learn what is happening in Venezuela and Bolivia. Read the beautiful words of Subcommandante Marcos from Chiapas. If we don’t already know Spanish, maybe we should learn. More people in the Americas speak Spanish or Portuguese than English. Texas and Arizona and New Mexico and Nevada and California were taken from Mexico by the United States in a war of aggression. Imagine being held at gunpoint by a fascist vigilante on the Arizona border, and trying to think in Spanish how you would say to yourself “But it’s my own country!” Imagine what you would say in Spanish if your friends showed up, disarmed the vigilante, and showed you the way safely out of danger.

Imagine the joy around the world were you and your friends to organize an effective anti-imperialist movement here in the United States.

We will do our best to be alongside you.