Listen to Michael D. Yates’ keynote speech (mp3) at the conference “How Unions Matter in the New Economy” in Toronto, 28-29 October 2005.

First, working people want and need good jobs and benefits, but the vision worthy of a struggle to achieve, they need that, too.  People are likely to do great things, like build a labor movement, and try to liberate themselves, but only if they are part of something larger than themselves.  This is what the past teaches us, whether we are talking about the IWW, the CIO, or the Cuban Revolution.

When workers say that, when they have problems, they look for a church, labor better listen.  It better plan to become the church of workers, a revolutionary church, willing to lead workers towards heaven on earth.

Second, we should begin to consider the possibility that existing labor unions and leaders might not be the vehicle through which unions become relevant again.  Maybe new organizations, outside traditional labor, will be necessary — organizations such as the immigrants-led farm workers in Florida who recently won a heroic struggle against Taco Bell.  David Bacon, a great labor journalist out in California, had an interesting article in The Nation magazine about immigrant groups, Guatemalans and Mexicans, who come and work in California and meatpacking plants in the Midwest.  And he talks about the kind of community cohesion these people have, and they use this community cohesion, churches and other kinds of organizations, to organize workers.  Maybe we better be looking towards organizations like that.  Maybe we better ally ourselves with them.  In the wake of Hurricane Katrina, there are organizations of Black workers and Black organizations in the South that are pushing for change.  Maybe labor better ally itself with them.  Recently there was an article written by a union — it might have been an SEIU — member criticizing very harshly some of the organizations, Black organizations, around New Orleans, saying they can’t organize anything, they don’t have the clout, and so on and so forth.  It’s the kind of language we really don’t need, I don’t think.  Maybe what is left of labor’s left wing around the world will have to break away from the labor power that be, ally themselves with new organizations, and reinvent the wheels of class-struggle unionism. 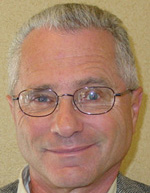