Much is being made of George W Bush’s road-to-Damascus conversion on the need for alternative energy.  “America is addicted to oil, which is often imported from unstable parts of the world,” Bush said in the annual State of the Union speech given by US Presidents at the beginning of the year.

Enthusiasts for renewable energy responded with various degrees of support and criticism.

Union of Concerned Scientists (UCS) Clean Vehicles Director Jason Mark said,  “The President has admitted we’re addicted to oil.  There’s no reason to drag that addiction out 20 years.  We could save more than 75 percent of Middle East oil imports within 10 years by increasing the fuel economy of our cars and trucks to 40 miles per gallon.”

Other environmental advocates expressed concern about the Bush support for nuclear energy and lack of real support for renewables and efficiency:

On the meat of the Bush energy proposals, Julian Borger in the UK Guardian points out that “Then there is the small print to examine. Mr Bush’s oil independence pledge is less ambitious than it seems at first glance.  He predicted the US would replace 75% of Middle East oil imports by 2025, but only a fifth of American imports come from the region.  So the alternative fuels would only account for 15% of total imports.  That does not sound so breathtaking.”

It does seem strange that Bush, a failed oilman from an oil family “oilagarchy,” would suddenly become concerned about US dependence on oil imports.  After all, this is a faction of the ruling class that has simultaneously declared that the “American way of life is not negotiable” (a remark attributed to both Bush Sr. and VP Cheney) while denying that the Iraq war has anything to do with Iraq’s oil reserves or Middle East oil.

So what is going on here?  Why this sudden Bush interest in alternative fuels and oil addiction?

One reason would be to counter the mounting criticism of the oil companies that are raking in record profits.  Bush needs to be seen doing something about a growing energy crunch.

There could be a more ominous rationale for the Bush “addiction” remark: the growing campaign against Iran.  It has been widely noted that any attack on Iran would mean steeply higher oil prices.  This has been cited by some commentators as one of the reasons that sanctions, let alone a war, against Iran will be unlikely:

Given the overall tightness in global energy supplies, analysts said, it is unlikely that Iran’s oil exports will be embargoed if the dispute is taken to the Security Council. But alternatives, like banning foreign investments in Iran’s oil business or transfers of technology for that industry, might still cripple Iran’s struggling petroleum sector.

“The best punishment, because it would be the most effective, would be to deprive Iran of its oil exports,” said Muhammad-Ali Zainy, an energy economist at the Center for Global Energy Studies in London. “But the problem is that this would create a big shortage on the oil markets and lead to a price explosion. It would be disastrous. It is something no one can afford.”  (Jad Mouawad, “Oil Markets Are Jittery over Iran,” New York Times 20 January 2006)

But what if in fact the Bush regime sees no alternative but to carry out such an attack?  What if, as Toni Straka has suggested, the very future of the US dollar and the US capitalist economy depend on stopping Iran from turning to the Euro as the preferred currency for oil sales?

How to immunize Bush/Cheney against the screams of pain from the US body politic when oil prices go through the roof — and restore the oil majors’ profit rate to the level of previous historical highs — as a result of a war with Iran? 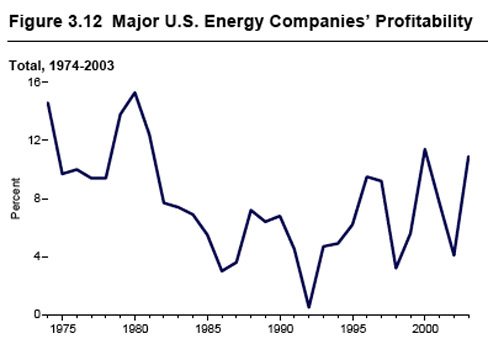 One way would be to tar that same body politic with the “addict” brush.  After all, what sympathy do oil addicts deserve from the god-fearing and righteous as our troops go into battle against  Iranian evildoers?

Time will tell on this question.  But this to me is part of a growing body of evidence that there is no reason for the anti-war movement to be complacent about a possible war with Iran.