10 April 2006 was the National Day of Action for immigrant rights.  Millions marched nationwide on 9-10 April 2006 in opposition to HR 4437 (which would make undocumented immigrants — and those who help them stay in the United States — felons for the first time in the nation’s history) and in support of legalization of undocumented immigrants.  The photographs below were shot in Washington, D.C. by an MRZine reader. 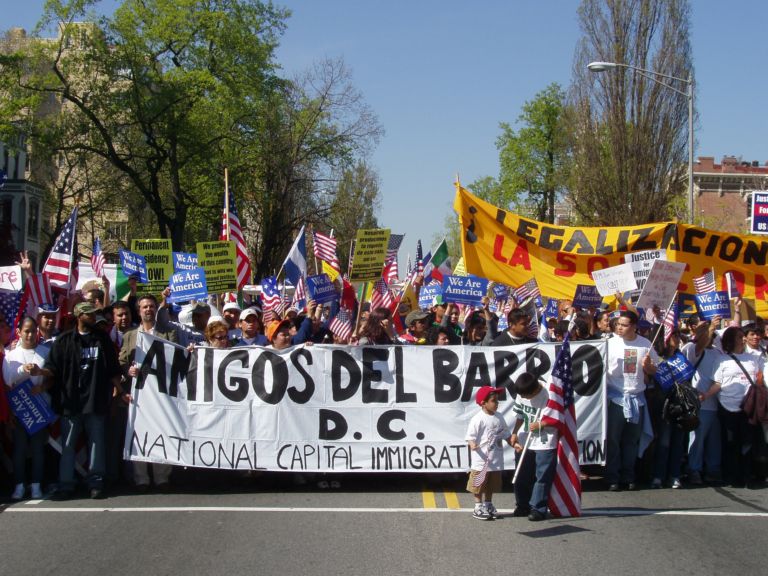 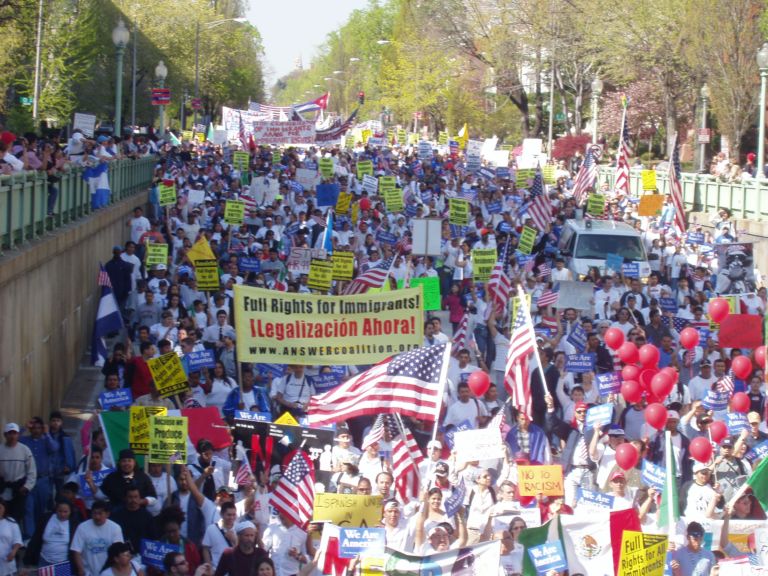 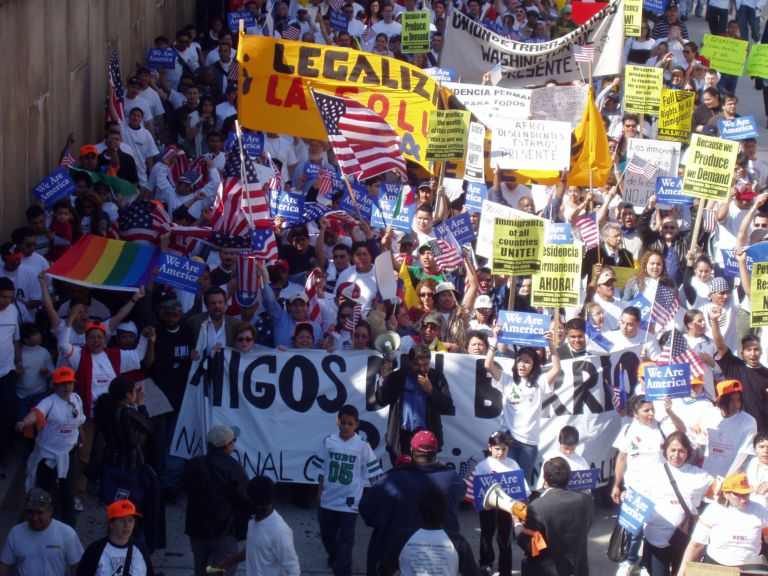 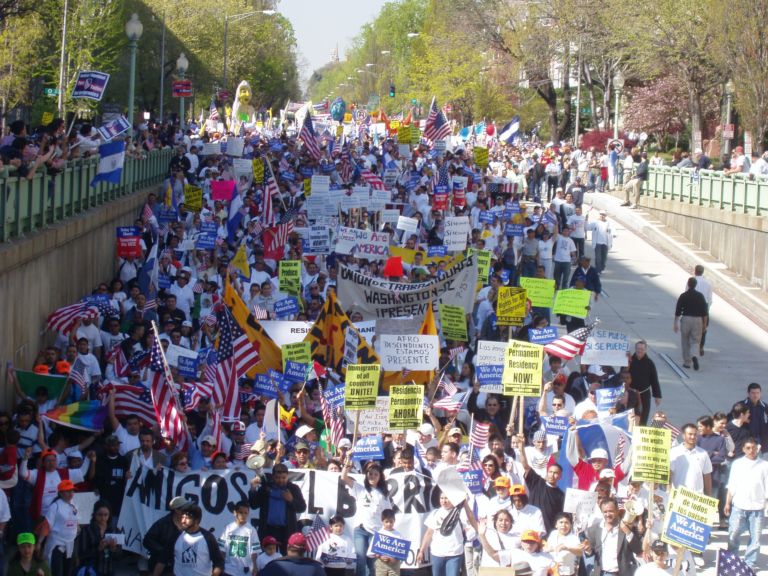 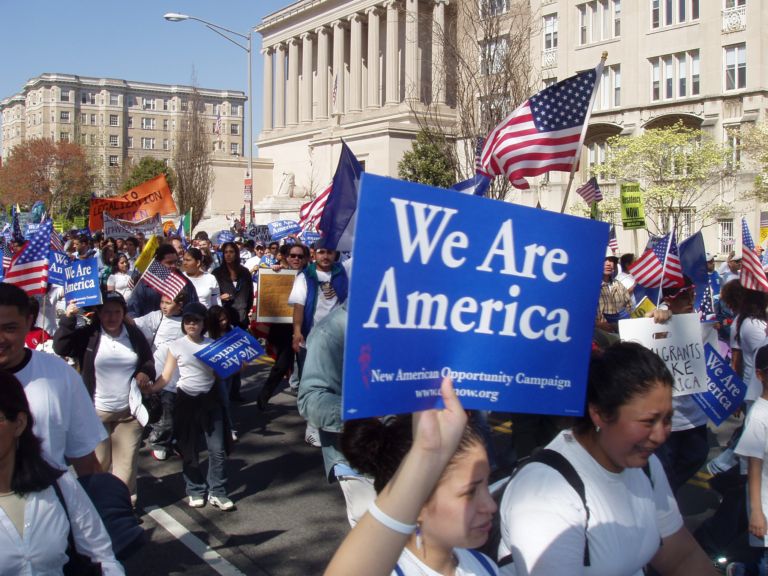 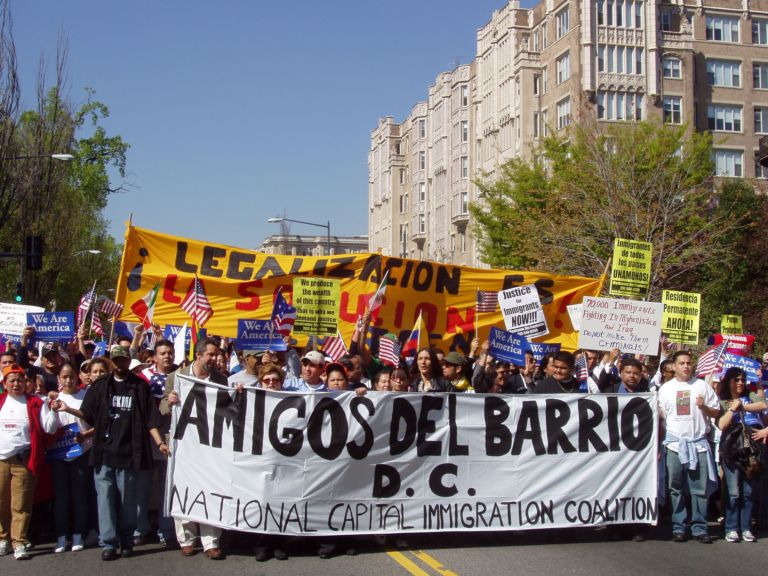