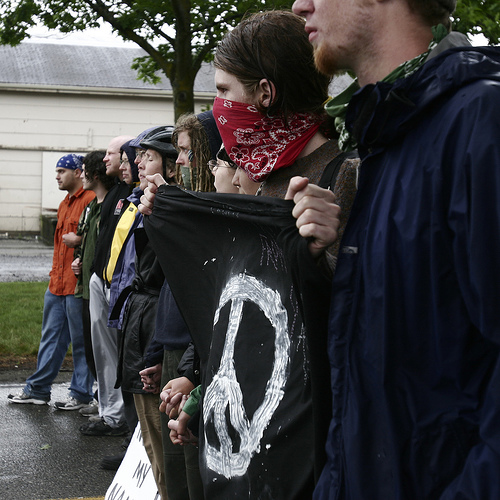 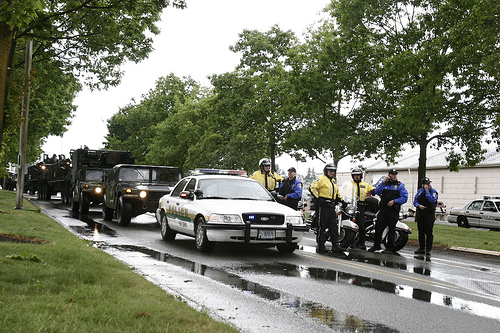 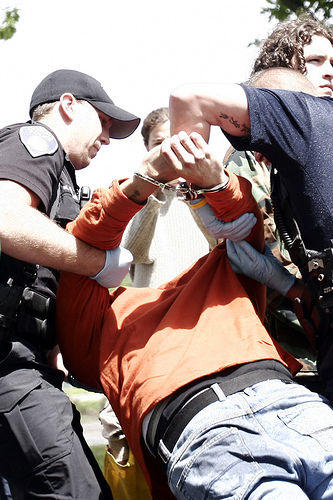 On the eighth day of the Olympia Port Militarization Resistance, the U.S.S. Pomeroy has docked to take the Stryker Brigade to Iraq.  The resistance escalates, the Port fence is shaken and nearly taken down before a riot squad enters the scene.  Port protestors are fended off by pepper spray attacks. 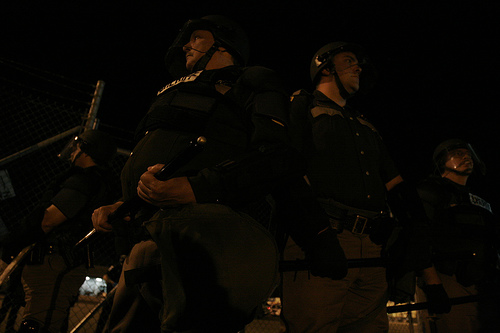 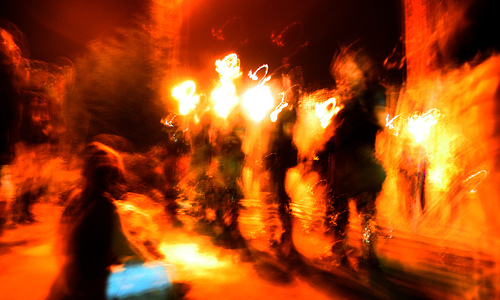 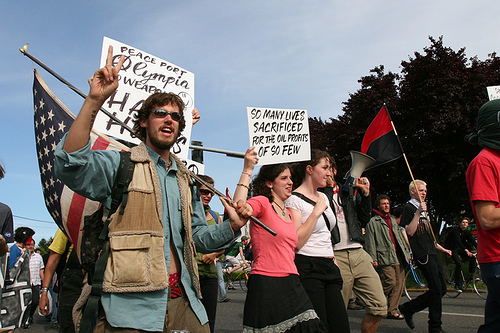 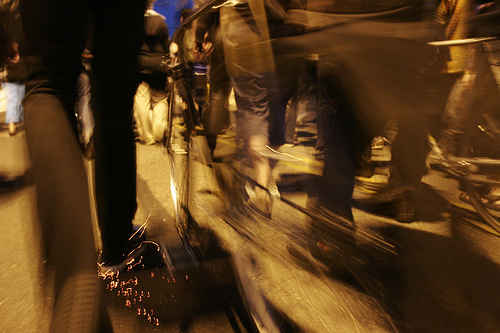 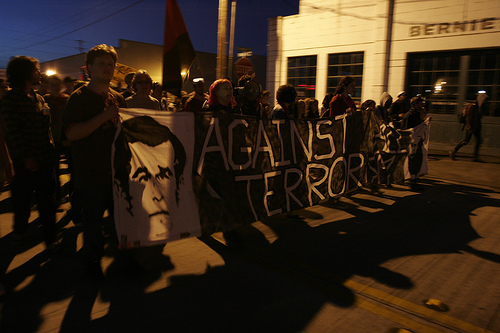