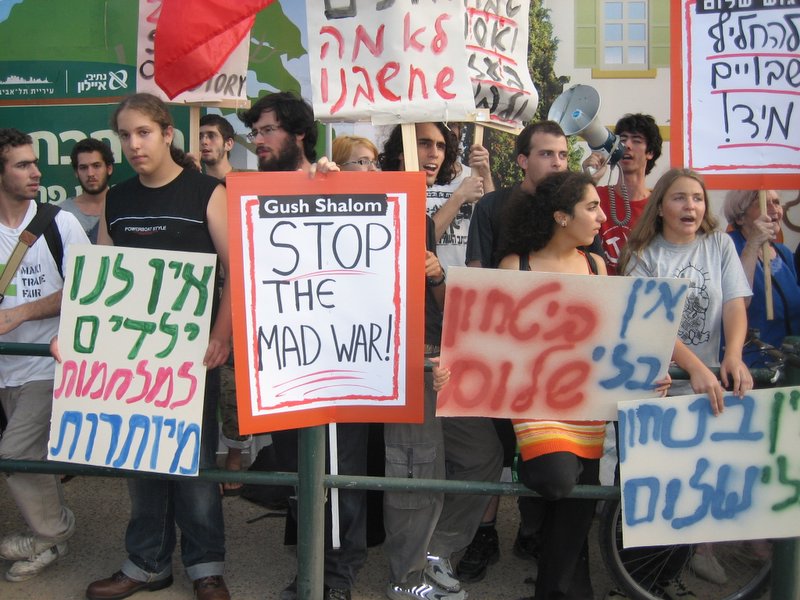 “One, two, three, four, we do not want this war!” shouted the demonstrators on the 13th, youngsters side by side with veterans.  Other slogans included:

“Artillery and Qassams: The Occupation Is Bad for Everybody!”

“Peretz – You Promised Education and Pensions, and All We Got Is Tanks and Dead Bodies!”

“Peretz, Peretz, for the Sake of the North, Get out of Lebanon!”

“Jews and Arabs Refuse to Be Enemies!” 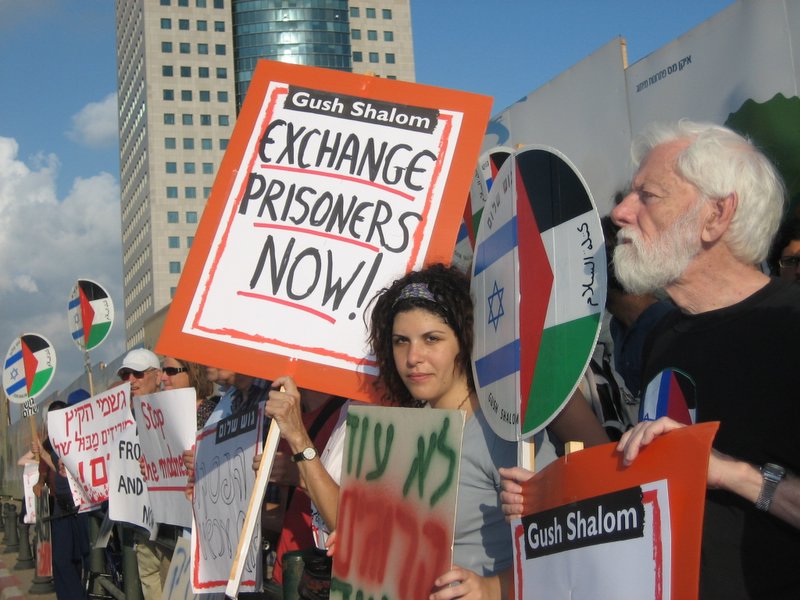 The veterans among the demonstrators were reminded of the demonstration on the first day of Ariel Sharon’s invasion of Lebanon in 1982.  On that day, also about 200 activists gathered, but their number grew within a few weeks to 10,000, until 400,000 gathered to protest the Sabra and Shatila massacre. 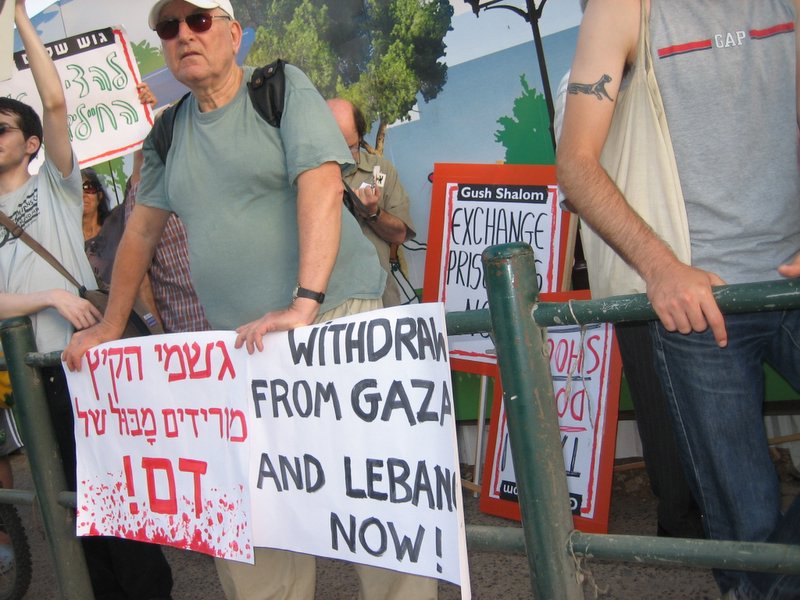 On the 17th, many of the soldiers who have refused to serve in the occupied territories also demonstrated.  The organizations that took part included Gush Shalom, Yesh Gvul, Courage to Refuse, Anarchists Against the Wall, Women’s Coalition for Peace, Balad, Hadash, Ta’ayush, the Committee Against House Demolitions, and the Alternative Information Center.  They shouted in unison: “Return to the Negotiation Table!”  “All the Ministers Are War Criminals!”  “We Shall Neither Kill Nor Die for the Settlements!”

About the demonstration on the 22nd, Haaretz took note of a higher level of participation of Palestinian citizens of Israel: “Unlike previous anti-war protests in Israel, major Arab organizations in Israel — among them Hadash and Balad — participated in the event in large numbers.”  Haaretz also pointed out a new theme, Tel Aviv’s role in Washington’s plan to remake the Middle East radically: “Beside the usual calls for the prime minister and defense minister to resign, this was a distinctly anti-American protest.  Alongside chants of ‘We will not kill, we will not die in the name of Zionism’ there were chants of ‘We will not die and ill not kill in the service of the United States,’ and slogans condemning President George W. Bush.”

The text was adapted from Gush Shalom’s reports published at Indymedia Israel on19 July 2006.  Photos (taken on 13 July 2006) by Gush Shalom.