As British Muslims we urge you to do more to fight against all those who target civilians with violence, whenever and wherever that happens.

It is our view that current British government policy risks putting civilians at increased risk both in the UK and abroad.

To combat terror the government has focused extensively on domestic legislation.  While some of this will have an impact, the government must not ignore the role of its foreign policy.

The debacle of Iraq and now the failure to do more to secure an immediate end to the attacks on civilians in the Middle East not only increases the risk to ordinary people in that region, it is also ammunition to extremists who threaten us all.

Attacking civilians is never justified.  This message is a global one.  We urge the Prime Minister to redouble his efforts to tackle terror and extremism and change our foreign policy to show the world that we value the lives of civilians wherever they live and whatever their religion.

Such a move would make us all safer. 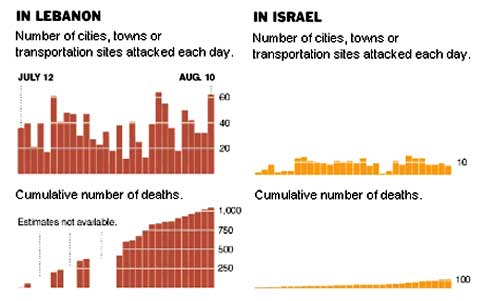 The open letter, published as advertisement in national newspapers in the United Kingdom on 12 August 2006, was signed by three MPs (Sadiq Khan MP, Shahid Malik MP, and Mohammed Sarwar MP), three peers (Lord Patel of Blackburn, Lord Ahmed of Rotherham, and Baroness Uddin), and 38 community groups — the Muslim Council of Britain, the Muslim Association of Britain, the British Muslim Forum, and the Muslim Solidarity Committee among others.