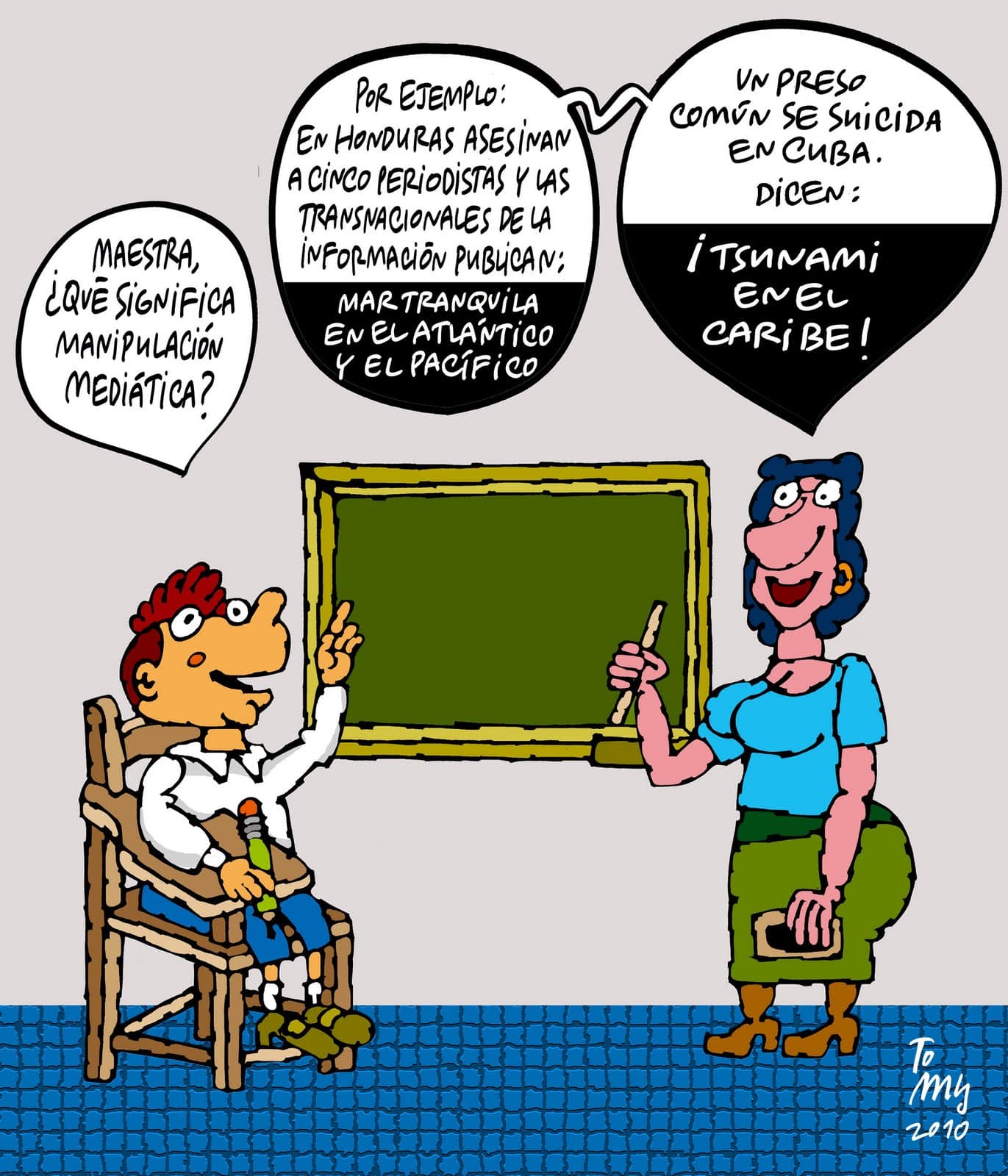 “Teacher, what does ‘media manipulation’ mean?”

“For example: five journalists are murdered in Honduras, and transnational media corporations report: ‘Calm in the Atlantic and Pacific Oceans’; a common prisoner commits suicide in Cuba, and they say: ‘Tsunami in the Caribbean!'”