In the wake of Israel’s raid three days ago on a civilian vessel attempting to deliver material goods to the residents of Gaza, Egypt announced on Tuesday the temporary opening of its border with Rafah to allow humanitarian and medical aid into the Gaza Strip, with restrictions on what kinds of supplies can enter.  On Monday, President Mubarak responded swiftly to the Israeli navy’s assault on the Freedom Flotilla, affirming Egypt’s support for the people of Gaza.  Israel’s ambassador to Egypt was quickly summoned by the Egyptian foreign ministry and told that Egypt condemns the violence deployed against international activists and rejects the continued blockade of the strip.

As international pressure mounts on Israel to justify its savage attack on unarmed civilians attempting to provide material support to a besieged population, Hosni Mubarak’s government is posturing on the international stage, trying to show the world and its own citizens that it’s on the right side of this tragedy.  Its statements give the false impression of an enduring commitment to the collective welfare of Palestinians living in Gaza.

However, a brief review of Egypt’s track record over the past three years tells a different story that undermines these duplicitous claims.

Under pressure from the US and Israel, Egypt has actively participated in the Gaza siege since Hamas took control of the strip in June 2007, blocking the movement of people and goods over its official border crossing.  This has effectively tightened Gaza’s economic strangulation, causing acute shortages in basic supplies, a near-complete halt in industrial production, and a sharp rise in health and sanitary problems.  It has contributed to what several human rights organizations have described as the worst humanitarian crisis in Gaza since its military occupation by Israel in 1967. 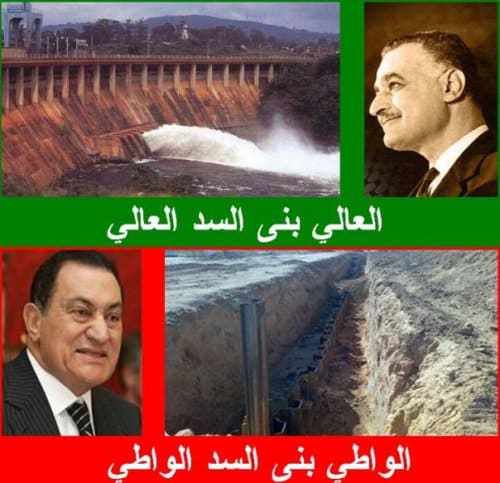 Egypt has been actively suppressing the underground tunnel trade, one of the main lifelines for the Gazan economy which provides most of the daily needs for 1.5 million people, including fuel, clothing and construction materials.  Egyptian security forces have targeted tunnels for destruction and, in one recent case, were accused of pumping poisonous gas into a tunnel that resulted in the deaths of four Palestinians.

Egypt began construction of an underground steel wall last December — dubbed a security barrier by the government — which has so far covered almost half of the border area.

Egypt has prevented similar humanitarian convoys in the past, leaving international activists no recourse but the sea to deliver supplies to the besieged strip.  Last December, the Egyptian government blocked most of the 1,400 participants in the Gaza Freedom March — organized by a coalition of pro-Palestinian organizations — from entering Gaza via the Rafah crossing to deliver vital humanitarian supplies.  Days later, following a confrontation between members of the Viva Palestina convoy and Egyptian riot police in the port of el-Arish, the Egyptian foreign minister announced a ban on all future aid convoys destined for Gaza.

All these actions have taken place in the context of a very cordial Egyptian-Israeli bilateral relationship that involves various levels of political and economic cooperation, including preferential trade agreements and the long-term provision of natural gas to Israel.  Keeping in line with US and Israeli policy, Egypt has also worked to undermine the Hamas government in the Gaza Strip while bolstering support for the discredited Palestinian Authority.

The decision to open the Rafah crossing comes after two consecutive days of popular protests across most major Egyptian cities, as well as heightened international concern over the plight of Gaza’s imprisoned population.  The move is designed to serve Egypt’s vested interest in appearing as an honest regional broker and supporter of the Palestinian cause.

The Egyptian government desperately wants to deflect any negative attention away from its own complicity in the blockade.  But empty rhetorical gestures and mendacious displays of solidarity with Palestinian suffering do not change the basic fact that Gazans have been victims of a coordinated Israeli-Egyptian siege, for which Mubarak’s government bears its fair share of responsibility.

Ahmad Shokr is a journalist based in Cairo, Egypt.