On January 15, the New York Times ran an interesting piece on older workers.  According to Bureau of Labor Statistics data cited in the story, the US workforce is a lot older now than it was at the onset of the Great Recession in December 2007.  Total employment of workers under the age of 55 is down (way down for 16 to 24 year olds), but the total number of workers age 55 and older is up almost eight percent: 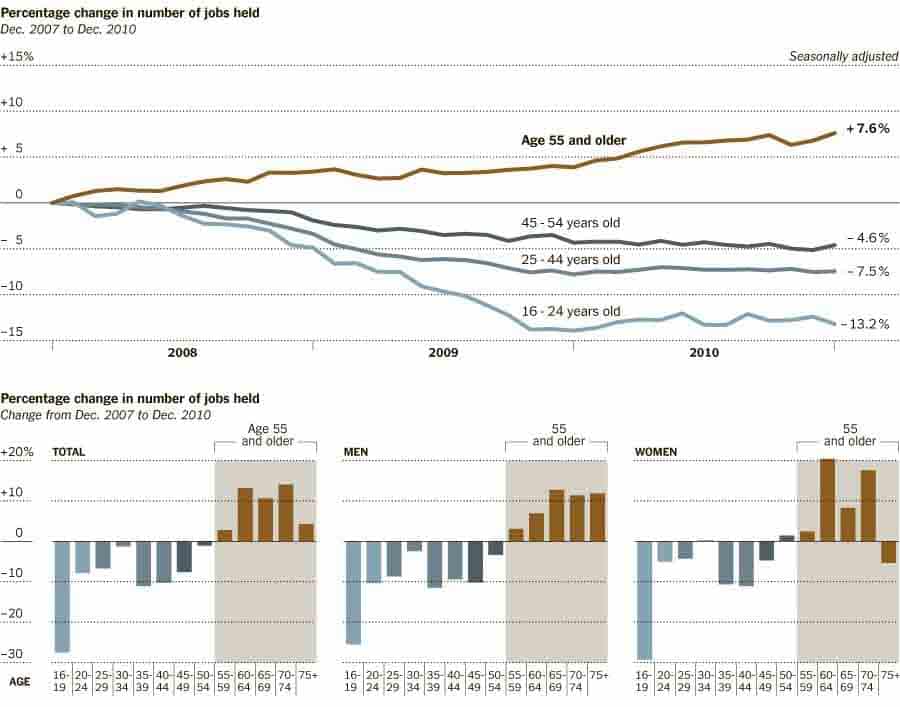 For example, despite the rising number of 55-plus workers, the unemployment rate for workers 55 and older is up almost as much as it is for 25 to 54 year olds: 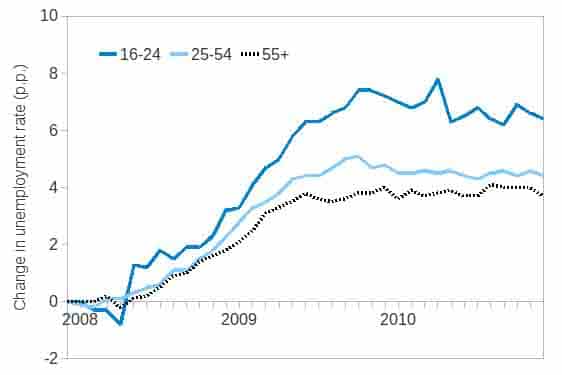 And older workers are far less likely than younger workers to find a job after a layoff. 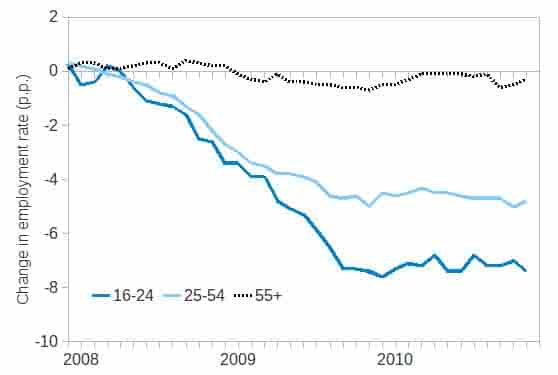 But, what looks to be success in the labor market actually reflects the serious setbacks that older workers have experienced in the financial markets.  As my colleagues David Rosnick and Dean Baker have demonstrated, many workers nearing retirement have seen their savings implode (pdf) with the collapse of house prices and the stock market.  Workers who five or ten years ago would have been retired are holding on to their jobs in the wake of these losses.  Many of them are continuing to work, as my colleague Hye Jin Rho has documented, despite being in physically demanding jobs.

In this case, there’s a dark cloud behind the silver lining.

John Schmitt is a Senior Economist at the Center for Economic and Policy Research in Washington, DC.  This article originally appeared on John Schmitt’s blog No Apparent Motive and was republished by CEPR on 19 January 2011 under a Creative Commons license.