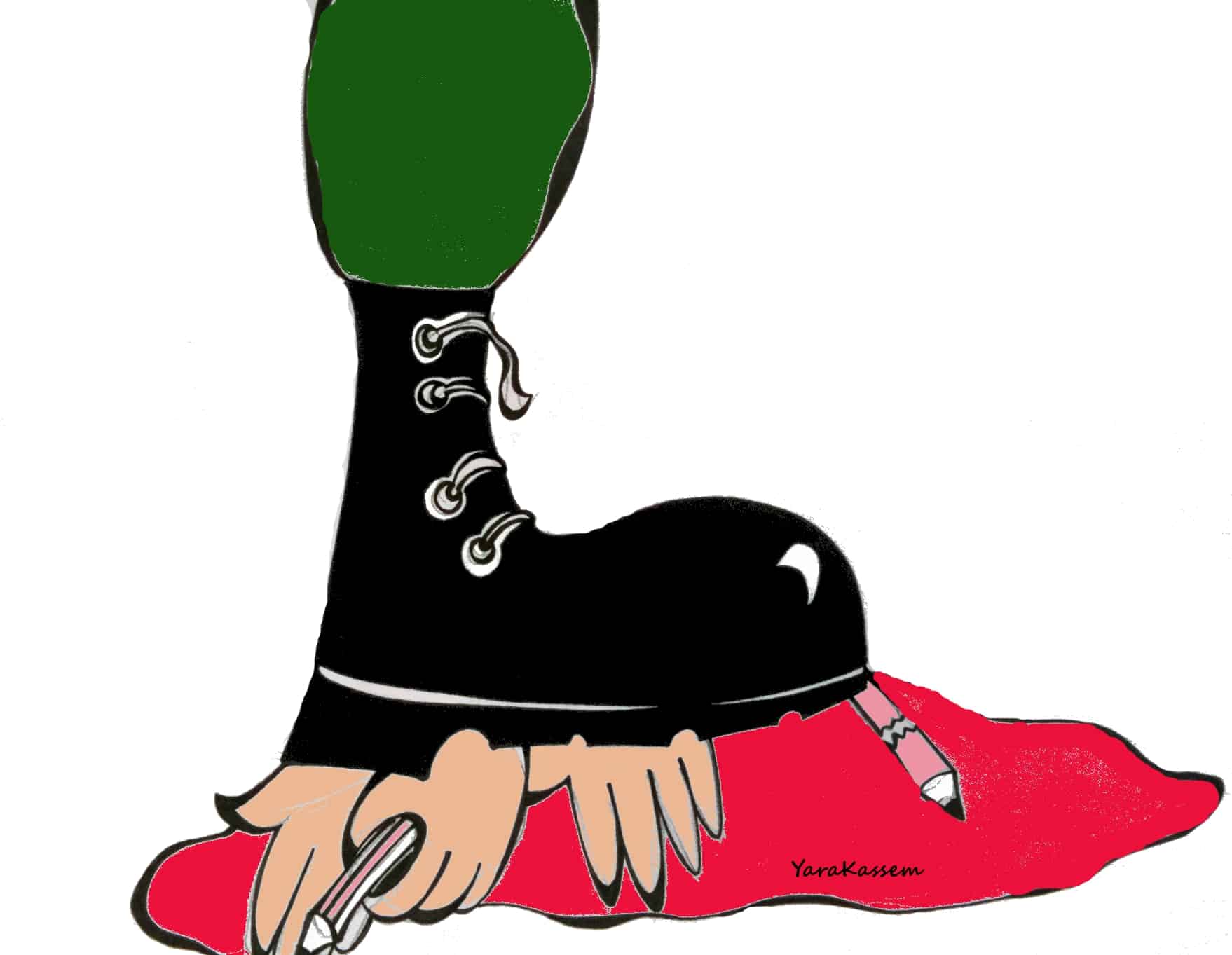 Yara Kassem is a cartoonist in Cairo, Egypt.  This cartoon was circulated via her Twitter account on 15 September 2011; it is reproduced here for non-profit educational purposes.  Cf. “In the new, revolutionary state, instead of revoking emergency law as promised, the Supreme Council of the Armed Forces (SCAF) has announced its reactivation, in particular, of articles relating to the spreading of misinformation, arms possession and interfering with traffic. . . .  Political and civil movements and parties are calling for a No To Emergency Law million-man march on Friday to protest the decision. . . .  SCAF reactivated emergency law following 9 September’s clashes at the Israeli Embassy and the Giza Security Directorate Headquarters” (Ekram Ibrahim, “Egypt Outcry over ‘Reactivation’ of Hated Emergency Law,” Ahram Online, 15 September 2011).