On May 9, 1934, thousands of longshoremen along the West Coast walked off the job, beginning an eighty-two-day standoff between the International Longshoreman’s Association (ILA) and company owners.  In Portland, the strike split the city in two: sympathetic citizens rallied around the workers, offering food, shelter, and transportation; those opposed to the strike — including Henry Corbett, Amedee Smith, and Henry Cabell — formed the Citizens Emergency Committee and called on President Roosevelt to stop the strike with federal troops.  Michael Munk, political scientist and local expert on radicalism in Oregon, sets the stage for one of the most important strikes in 20th-century Oregon and examines how the determination of thousands of men and their supporters in 1934 influenced the shape and strength of unions in the years to follow. 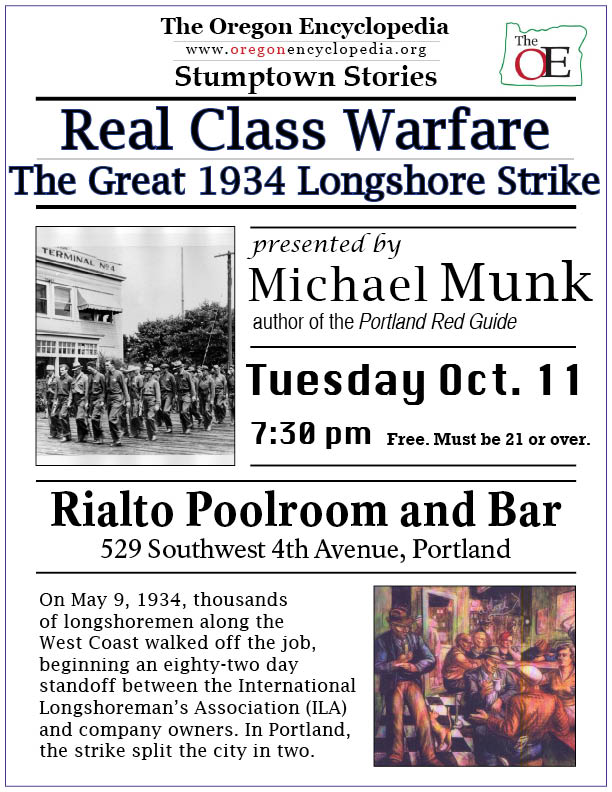