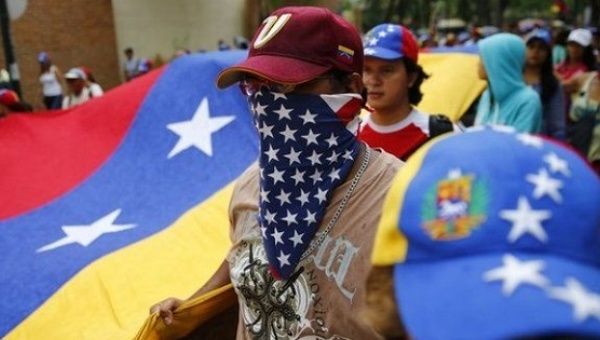 The U.S. media’s treatment of the crisis in Venezuela is almost as craven as the corporate media in Venezuela itself. Articles like the following from TeleSur, and an article we recently posted from The Dawn, provide a much-needed corrective. As Marta Harnecker explained the April 2017 issue of MR (“A New Revolutionary Subject“): “The attacks against the Bolivarian revolutionary process have escalated, both inside and outside the country.… In just over three years [the current government] has seen the equivalent number of attacks that Chávez did… [in] fourteen years.” These attacks have been orchestrated by the country’s economic elite, who have used their power relentlessly to stoke popular discontent primarily by inducing inflation and orchestrating shortages. In the face of this largely externally induced social and economic crisis (there are obviously other factors, as Harnecker explains), the Maduro regime is proposing a Constituent Assembly in an attempt to avoid continued bloodshed. That call is drowned out in the Venezuelan media, as well as in the U.S., where you are very unlikely to learn anything useful about the roots of the crisis, let alone gain a coherent picture of what the proposed Constituent Assembly entails. –Ed.

The Venezuelan government accused Washington Thursday of financially propping up violent opposition groups in the South American country, slamming U.S. officials for promoting an “unprecedented and systematic attempt” to intervene in Caracas’ affairs.

“U.S. financing and logistical support for violent groups in Venezuela have facilitated an armed sedition,” the Venezuelan Foreign Ministry said in a statement, adding that the situation will be dealt with in accordance with the rule of law.

“The U.S. system of power relies on frequent and repeated statements, unilateral extraterritorial sanctions, economic financing of organizations in Venezuela for terrorist purposes, financial blockade, threats of military intervention, among others, to mask an open process of intervention marked by a rude meddling and violating international law,” the damning statement continued.

The Foreign Ministry’s accusations against Washington highlighted recent comments made by U.S. official Francisco Palmieri, acting assistant secretary for the Bureau of Western Hemisphere Affairs, as an example of how Washington operatives tirelessly promote foreign intervention.

Earlier this week, Palmieri criticized President Nicolas Maduro’s call for all political parties and social organizations to participate in a constituent assembly, which the Venezuelan government says will promote a peaceful solution to the political crisis in the country. The U.S. State Department official attacked the plan as an “authoritarian exercise” dressed up as an assembly.

“President Maduro is violating Venezuela’s own constitution and is not allowing the opposition to have their voices heard, nor allowing them to organize in a way that expresses the views of the Venezuelan people,” Palmieri said Tuesday during the Council of the Americas Conference in Washington. Article 347 of Venezuela’s Bolivarian Constitution, which allows for the convening of a national constituent assembly with the purpose of “transforming the state.”

Palmieri also defended the Organization of American States, saying it has acted “in defense of democracy and human rights in the region.” The Venezuelan and other governments in the region have criticized the OAS for doing Washington’s bidding and attempting to seek a foreign intervention in Venezuela in the name of tackling a political crisis while at the same time turning a blind eye to severe human right violations in other nations.

Venezuela’s Foreign Ministry, headed by Delcy Rodriguez, said that the constituent assembly is a democratic process where the people will be able to take a stand against violence that at times has erupted in the streets over the past six weeks of opposition protests by casting a “universal, direct and secret vote in defense of peace, democracy and Venezuelan sovereignty.”The Foreign Ministry also argued in response to Palmieri’s praise for the OAS that the “vandalism and extreme violence” seen in Venezuela in recent weeks has been a consequence of the “hostile and interventionist decisions” taken by the OAS to attempt to sanction Caracas and act, according to Venezuela and other allied governments in the region, against its own constitutional rules.

The statement also reiterated that the government has called on the opposition to continue a stalled dialogue process to resolve the political and economic crisis, with the guidance of the Vatican and the Union of South American Nations.

Finally, the government said that it regrets that U.S. authorities continue to “follow the already failed path of the Bush and Obama era in disregarding the call of the Venezuelan government to seek diplomatic relations of respect and equality.”

It also reported that so far in 2017, Caracas has recorded at least 105 hostile statements and actions from the U.S. against Venezuela.

“This is the method that the empire has already tried in Eastern Europe and the Middle East, but in Venezuela it’s a defeat already announced,” the statement said.