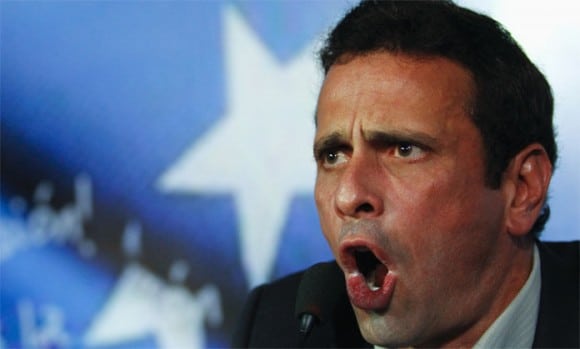 After over 60 days of street violence, after over 60 murders, the Venezuelan right is being politically defeated.

Some telling numbers back this affirmation:

The protests of the Venezuelan opposition have always been more violent than they have been massive, and in time that inversely proportional relation seems to become more extreme.

The biggest opposition mobilization was the one of April 11, 2002, just before the coup d’État against Hugo Chávez. Once the coup was defeated, mobilizations became less massive, and since Nicolás Maduro took power until September 1, 2016, no opposition mobilization was larger than 10 thousand people. On said date there was a big jump in the number of protesters—the opposition and the government argued over the numbers on the media, both parts exaggerating the number of demonstrators on their side. Both sides commented they had mobilized a million people. I was in Caracas that day and together with other comrades we estimated that the MUD had mobilized 30 thousand people—50 thousand at best. The Chavist mobilization, which filled Bolivar Av., was of 100 thousand people—at best, 150 thousand.

Beyond these estimations, which can be arguable, what’s undoubtable is that, after the failed 2002 coup, Chavist mobilizations have doubled and even tripled the size of opposition mobilizations.

It’s also evident that after September 1, 2016, the opposition has reduced its level of mobilizations and, as happened with the 2014guarimbas (violent roadblocks and barricades, that have caused many deaths by decapitation or gunshot), the number of participants decreases as the level of violence increases.

And this doesn’t mean that few people disagree with the government (they are approximately 40% of the population) nor that they wouldn’t support an overthrowing of Nicolás Maduro (around 20%), nor that they wouldn’t even support a foreign intervention (around 10%). This is because the Venezuelan opposition has been taken over by its most fascist sectors, represented by the parties People’s Will (whose leaders are López, Tintori and Guevara) and Justice First (Borges and Capriles). They have taken the lead of mobilizations andguarimbas. The anger of the majority of the members of the opposition with the government is not enough for them to participate in mobilizations or guarimbas, where they have to share spaces with gangs that use grenade launchers, molotovs and firearms, with criminals that sometimes don’t clearly distinguish the targets of their violence and with snipers.

It’s a fact that a great deal of the deaths that have occurred over the last few days (as happened with the 2014 guarimbas) took place within the opposition’s mobilizations. There were homemade mortars blowing up, settling of scores, protesters murdered by short-range firearms, aiming errors, etc.

The Colombian paramilitary groups that have been illegally crossing the Colombia-Venezuela border and associating with criminal gangs such as the one led by El Picure, also discourage people from taking part in the “peaceful demonstrations” of the opposition.

Another factor is the opposition’s inability to meet any of their goals: they haven’t overthrown Maduro, they haven’t defeated Chavism, they haven’t set foot in the poorest neighborhoods nor earn the sympathy of the majority of the population, and they haven’t generated the conditions for a foreign intervention.

Those of us who consider that the right-wing onslaught on Venezuela is intimately linked to—and promoted by—US politics, must consider in our diagnoses what is going on with the policies of isolation against Venezuela.

That explains the recent failure in the meeting of chancellors and delegations in the OAS on May 31, which aimed to produce a declaration against the government of Venezuela. The reason behind this is simple: Secretary General Luis Almagro, who has become a pawn of US politics, needs more than just the support of the delegations of Argentina, Brazil, Mexico, Panama, Chile, etc. The OAs lacks the amount of votes necessary to issue a declaration because Bolivia, Ecuador, El Salvador, Nicaragua and the 10 countries of the Caribbean are opposed. Those 14 votes against Almagro and the US—and in favor of Venezuela—are a block in the way of all diplomatic offensives.

In the United Nations, the Empire will have an ever harder time. In the UN Security Council, any vote against Venezuela is vetoed by China and Russia. In the UN Assembly, Venezuela is one of the countries with the biggest amount of support and it’s frequently appointed to oversee massive votes: it was elected as member of the Human Rights commission, as non-permanent member of the Security Council and as President of the Decolonizations Commission.

Last but not least, the political decisions—and sometimes mistakes—made by Trump’s government have caused the US many internal and external conflicts, which have complicated the relations of Latin American countries with the North American power.

Over the last few months, we’ve seen several heads of State (including Macri) peregrinate to Beijing looking for investments. The Bolivarian government is way ahead, since for years it has established commercial ties with the new economic power. China has strong investments in Venezuelan oil and mining, therefore the most virulently anti-Chavist governments of the region might make new economic agreements, create new political commitments and force them to be less aggressive towards the Bolivarian process.

Foreign support to the Venezuelan right in the form of money, weapons and propaganda is ongoing. Some oil groups, like Exxon Mobil, are directly involved in destabilization policies. But for now these don’t seem to be enough to revert the internal defeat.

To conclude with the diagnosis on the external factor, we can never leave out the “Trump unpredictability” factor. In this juncture, we must beware of the naval maneuvers that the Southern Command is carrying out near Venezuelan shores from June 6 to 19, accompanied by France, Mexico, Canada and several Caribbean countries.