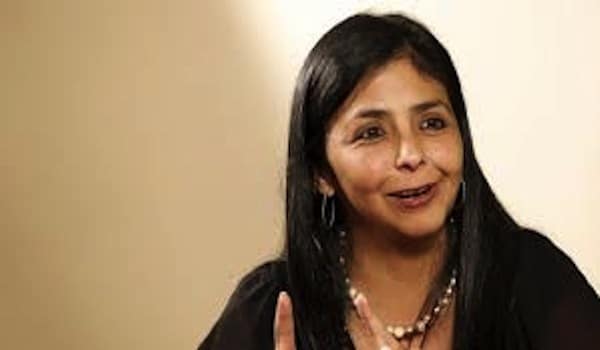 “Take your noses off of Venezuela … here there will be no gringo, Yankee, imperialist intervention,” President Maduro fired back at the U.S. vice president.

The Bolivarian leaders denounced the plan to destabilize Venezuela as “imperialist,” saying that the “extremism” and “militarism” of the U.S is a “serious threat to humanity.”

“Imperialism has once again tried to apply its old coup d’etat method, its old method to intervene in other countries,” Maduro said while speaking to members of the Bolivarian National Armed Forces in Fuerte Tiuna.

“It is a method that has failed in every context that it has been applied, and I tell the U.S. vice president: take your noses off of Venezuela … here there will be no gringo, Yankee, imperialist intervention. In Venezuela, there will be peace, democracy, constituent elections, and dialogue to reconcile the Venezuelan people,” he added.

The remarks come after U.S. Vice President Mike Pence said in Miami that “democracy is undermined” in Venezuela, and pushed for Latin American leaders to join in condemning the beleaguered Bolivarian leadership.

“That once-rich nation’s collapse into authoritarianism has pushed it into poverty and caused untold suffering for the Venezuelan people,” the Trump administration vice president said.

Venezuela’s foreign minister spared no words in rejecting Pence’s remarks, flipping the narrative by accusing the U.S. of itself being undemocratic.

“Mike Pence dares to condemn democracy in Venezuela and overlooks that in the U.S. the people’s will is neither respected nor allowed to govern,” she said on her Twitter account.

“The extremism ruling the U.S. incarnates a militarism that represents the most serious threat to humanity and jeopardizes the rights of nature,” Rodriguez also said.

President Maduro expressed disgust at hearing Pence’s remarks, saying that “it provokes nausea that a man who doesn’t know where Venezuela is on the map gives his opinion about our country.”

Over 80 people have died as a result of the ongoing opposition protests in Venezuela, which have set up highway barricades and clashed with security forces. Some opposition leaders have openly called for a military coup, and the U.S. has eyed imposing heightened sanctions to further choke the already economically struggling country.

In response to the escalating violent attacks against the Bolivarian government, President Maduro has called for Constituent Assembly elections, which are intended to restore dialogue among diverse sectors of Venezuelan society and to allow popular power to redraft the constitution to reflect the people’s will. Even after repeated calls to dialogue and participation, far-right opposition leadership has called for protests to continue.

Next week, the Organization of American States is scheduled to meet in Cancun, Mexico, where Venezuela is expected to be a top agenda item. The organization, from which Venezuela has initiated the process of withdrawing, has been denounced previously by Maduro and Rodriguez as an organ of U.S. interests and a threat to sovereignty after Secretary-General Luis Almagro began to put increasing pressure on Venezuela earlier this year.

No insolent imperial spokesperson can defeat the heroism and glory earned by our people in defending its sovereignty and independence!