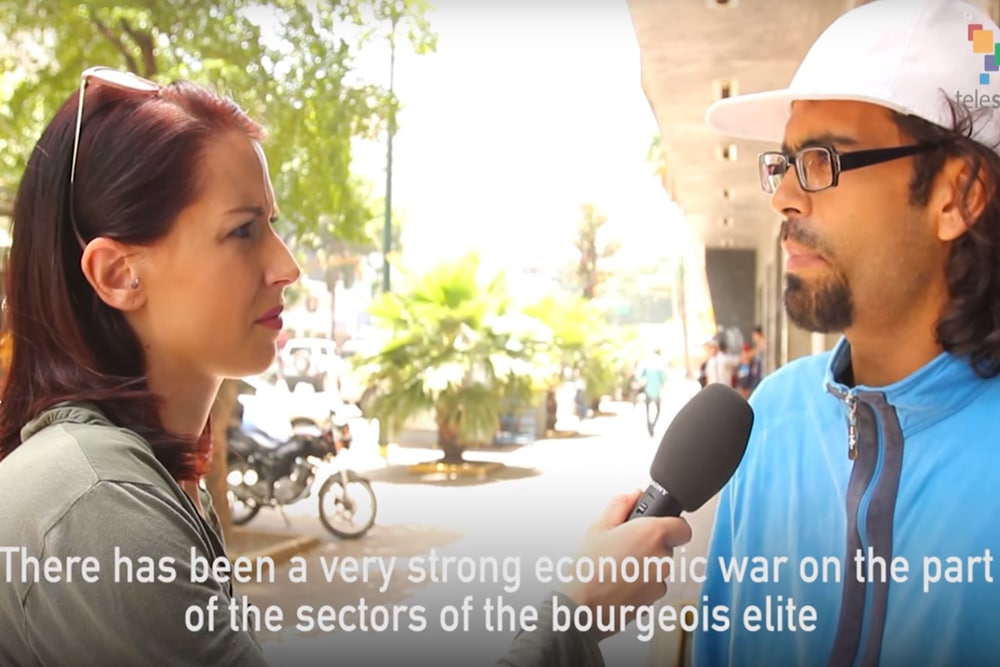 Abby Martin’s most recent report on the Venezuelan opposition movement (below) was made after spending three weeks in the streets interviewing protestors. If anyone was unsure whether the struggle in Venezuela is still very much a class war, this video should provide ample evidence. Check out all Martin’s videos at Empire Files (FB | YouTube). —Eds.

Abby Martin goes on the deadly front lines of the anti government protests in Venezuela and follows the evolution of a typical guarimba—or opposition barricade. She explains what the targets from the opposition reveal about the nature of the movement and breaks down the reality of the death toll that has rocked the nation since the unrest began, and how a lynch mob campaign came after her and the Empire Files team for reporting these facts. Hearing from peaceful opposition marchers, to Chavistas to violent protesters at the guarimbas, this must-watch episode exposes the dark reality on-the-ground that is completely obscured from Western media.