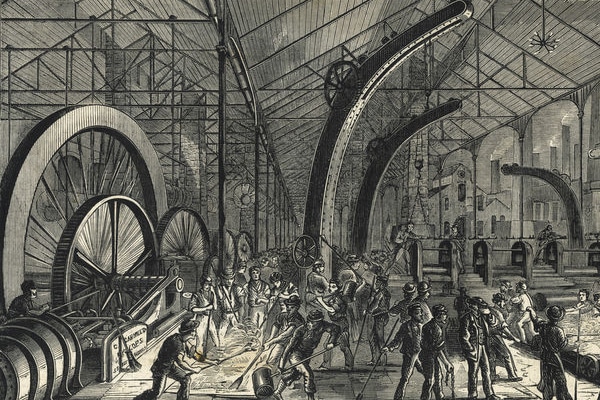 Grim conditions in nineteenth-century factories such as this one in Sheffield, UK, inspired Das Kapital. Universal History Archive/Getty.

By the mid-nineteenth century across Europe, the scientific and technological shifts behind the Industrial Revolution were extracting a heavy social and political price. Reports surfaced of the poverty and ill-health of town-dwellers, overcrowding, child labour and oppressive factory conditions. This ‘social question’ prompted widespread anxiety. Meanwhile, censorship, repression, the continued rule of aristocracies and the exclusion of the working classes from suffrage ignited mounting political discontent.

Observing, analysing and synthesizing these changes was the Rhineland economist Karl Marx (1818–83). He codified concepts of labour, trade and the global market to explosive effect in Das Kapital, the first volume of which was published 150 years ago. The book’s impact on economics, politics and current affairs has been formidable, and aspects of Marx’s thinking have permeated areas of scientific research as disparate as robotics and evolutionary theory. Industrial revolutions, as Marx realized, relegate workers to the status of machine minders, and open the way to production that does not depend on human labour. 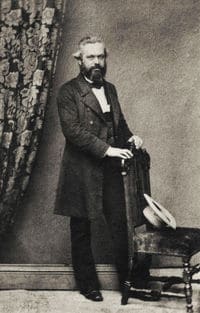 How to explain the infusion of Das Kapital‘s concepts into so many fields? Friedrich Engels, Marx’s long-term collaborator and author of the groundbreaking 1845 The Condition of the Working Class in England, compared Das Kapital to the theory of evolution by natural selection, published eight years before. He wrote: “just as [Charles] Darwin discovered the law of development of organic nature, so Marx discovered the law of development of human history”.

What is extraordinary about Das Kapital is that it offers a still-unrivalled picture of the dynamism of capitalism and its transformation of societies on a global scale. It firmly embedded concepts such as commodity and capital in the lexicon. And it highlights some of the vulnerabilities of capitalism, including its unsettling disruption of states and political systems. The election of Donald Trump, the vote for Brexit and the rise of populism in Europe and elsewhere can all be understood as indirect effects of shifts in the global division of labour — the relocation of key aspects of modern production away from Europe and the United States. That has been brought about by changes in what Marx identified as the capitalist enterprise’s incessant drive to expansion.

In the early 1840s, Marx was the radical editor of the Rheinische Zeitung newspaper, writing editorials that attacked Prussia in the name of freedom of the press. After the paper was banned in 1843, he left for Paris, becoming a communist. He began arguing for a revolution, not a political one like that of France in 1789, but a ‘human’ one, carried out by a class beneath existing society: the ‘proletariat’.

During his exile, Marx’s theoretical project was set in motion when, as editor of the Deutsch-Französiche Jahrbücher, he received Engels’ article ‘Outlines of a Critique of Political Economy’. The two met in 1844. Engels, who was managing his father’s textile factory in Manchester, UK, condemned an economic system based on private property, whose theory was “political economy” or the “science of enrichment”. It had, he argued, brought about the end of slavery and feudalism only to turn peasants and artisans into propertyless wage-earners. That insight spurred Marx to embark on his critique of political economy, which became Das Kapital.

Marx laboured over the work for 30 years, yet completed only the first volume; Engels assembled the other two after Marx died, from his notes. Marx approached his task with scientific precision and a painstaking and scholarly use of official statistics and historical sources. (As he noted in the preface to the 1872 French edition: “There is no royal road to science, and only those who do not dread the fatiguing climb of its steep paths have a chance of gaining its luminous summits.”) Das Kapital was unique in its time for framing history not in idealist or abstract philosophical terms, but in material ones: the social and economic facts of human life.

Marx contended that private property had created a society based on estrangement, driven forward by ‘class struggle’ towards the domination of the world market. That depiction of a world propelled by the imperatives of capitalist development, memorably portrayed by Marx and Engels in their 1848 pamphlet The Communist Manifesto, still fits. Indeed, since the fall of the Soviet Union in 1991, it has become ever more dominant as an economic trope.

In Das Kapital‘s first volume, Marx explored how workers are exploited through production — the actual process of work. He argued that the capitalist purchased labourers’ capacity to work, not their labour. To profit, or extract ‘surplus value’ from workers, the capitalist had to lengthen the working day or increase productivity during each hour. Drawing heavily on records such as those of Britain’s Factory Inspectorate, Marx argued that to ‘realize’ surplus value, commodities had to be circulated and sold at a profit in the world market. But with no certainty of sale, ‘capitalist crisis’ could ensue: goods might be over-produced or profits decline. Marx saw the introduction of ‘labour-saving’ machines such as steam-powered textile looms, which displaced workers, as leading to a declining rate of profits; he believed that only living labour could produce profit.

In terms of immediate impact, Das Kapital was a damp squib. The 1867 German edition sold only 1,000 copies in 5 years. The volume was not translated into English until 1886, after Marx’s death. It was in that decade, from 1883 to 1893, that the real impact of the book and its author’s wider thinking began, owing much to Engels’ efforts in promoting Marxism — especially his 1880 pamphlet Socialism: Utopian and Scientific. Das Kapital became a founding document of the international socialist movement, which emerged in Paris in 1889 with the formation of the Second International, an organization of socialist parties and trade unions.

In the twentieth century, with the Russian Revolution in 1917 and especially during the cold war, Marxism as we now understand it came to dominate international relations. Ironically, it was the fear of communism and its appeal to the working classes, especially in France and Italy, that encouraged many Western countries to establish effective systems of social security and the welfare state.

Some of the most prescient aspects of Marx’s thinking do not appear in the published book. His conception of capitalist crisis as “the most important law of modern political economy” appears only in an early draft, yet periodic recession is now a norm of capitalism. His speculations on a future of increasingly automated production are aired only in notes. In these, Marx looked forward to mechanized labour allowing more leisure time and more creative use of it; meaningful work, he believed, was humanity’s ultimate vocation. Today, of course, recession-linked redundancies, the ‘gig economy’ and the rise of robotic workforces evoke very different responses. But the basic assumptions made in both the notes and the published book still hold: class, society and capital were human and historical creations and, as such, could be abolished or transformed by human agency.

Marx was also deeply interested in ethnology, notably the work of US anthropologist Lewis Henry Morgan, who pioneered kinship studies and developed a theory of social evolution in Ancient Society (1877). In his later years, from this and other sources, Marx elaborated the concept of primitive communism — the idea that traditional cultures, existing before the advent of private property and the state, upheld common ownership and social equality. Marx’s ideas and suggestions about the progression of economic systems and their relationship with particular societies have immensely influenced the social sciences, especially anthropology, sociology and history.

As for Engels’ comment on Darwin and Marx, was there any actual affinity between their thinking? This seems forced. Das Kapital and On the Origin of Species both explore conflict and dynamism, but one does not map neatly on the other. Marx himself cannot be said to have been a Darwinist, despite the existence of later Marxist evolutionists.

If Das Kapital has now emerged as one of the great landmarks of nineteenth-century thought, it is not because it succeeded in identifying the ‘laws of motion’ of capital. Marx produced a definitive picture neither of the roots of the capitalist mode of production nor of its putative demise. What he did was to connect critical analysis of the economy of his time with its historical roots. In doing so, he inaugurated a debate about how best to reform or transform politics and social relations, which has gone on ever since.