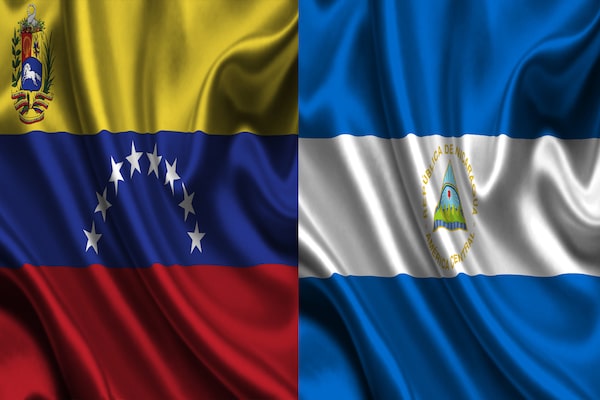 US debates sanctions on Nicaragua or backing Venezuela

The United States Committee on Foreign Relations is due to discuss the bill known as the Nicaraguan Investment Conditionality Act of 2017, or Nica Act on Thursday.

It seeks to add conditions to the provision of aid from international financial institutions to the country.

Nicaragua currently relies on 70 percent of foreign funds for its budget.

If approved, the bill will go to the House of Representatives for a vote and then it would have to be sanctioned by President Donald Trump.

The U.S. Ambassador to Nicaragua, Laura Dogu, said earlier this week in an interview with Channel 63 that the Trump administration has “noted which countries support Venezuela” and added that Managua “does not have many friends in Washington, for the support it gives to Venezuela”.

Dogu said she believed the act will go forward.

She went on to criticize Nicaragua’s defense of Caracas at the Organization of American States, maintaining that Managua has been “speaking even stronger than Venezuela itself in favor of Venezuela. It is normal for a country to do it for itself, but not for another to do so”.

And she also questioned the Nicaraguan President Daniel Ortega’s relationship with Moscow, citing the installation of a Russian satellite in the country six months ago as a cause for concern in Washington.

Ortega is a staunch ally of the Venezuelan President Nicolas Maduro and used the anniversary of his nation’s Sandinista Revolution as an opportunity to lambast U.S. interference and threats towards Caracas.

The Nica Act initially went out of circulation in the House of Representatives when the 2016 congressional session closed.

But it was reintroduced in the U.S. House and Senate by Republican Senators Marco Rubio, Ted Cruz and Ileana Ros-Lehtinen, as well as Democrat Albio Sires in April.

The Committee on Foreign Relations is also expected to discuss the situation in Venezuela in a preliminary draft during Thursday’s session.

The U.S. Treasury Department has announced new sanctions on 13 senior officials in the Venezuelan government.

Washington is threatening to ratchet up the pressure ahead of Sunday’s elections for the National Constituent Assembly, called by President Maduro.