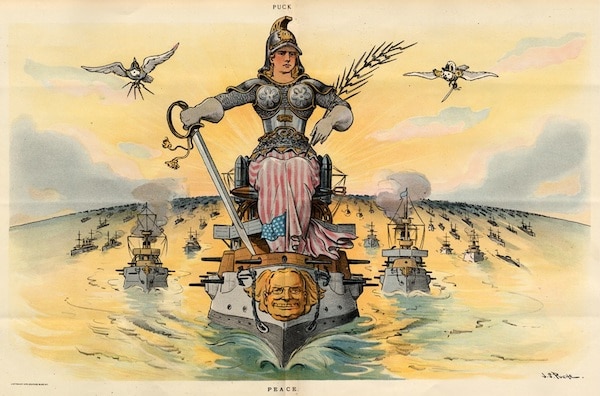 Militarism in the Age of Trump, Part II

A monopoly capitalist society is one whose economy is comprehensively dominated by giant corporations. Each major industry has an oligopolistic structure. That is, each major industry is ruled by a few giant corporations who control the price structure, investment patterns, labor relations, and every other aspect of the industry. In particular, the corporations abolish meaningful price competition and establish a uniform price configuration that yields maximum profits. The theory contends that the social and economic dynamics of monopoly capitalist societies differ greatly from those of competitive capitalist societies not dominated by huge corporations.

This is where militarism enters the picture. Militarism has two interrelated roots within monopoly capitalist societies. On the one hand, these societies are intensely growth oriented and expansionist. Militarism is required to make the world safe for capitalist expansion and to crush anti-capitalist movements induced by the manifold capitalist inequities. On the other hand, militarism is a convenient way of absorbing economic surplus and thereby countering the stagnationist propensity of monopoly capitalism. Militarism is a convenient surplus absorption method because (a) its magnitude is unlimited, (b) it does not interfere with capitalist profit making, and (c) it is easily supported by the corporate-controlled mass media.