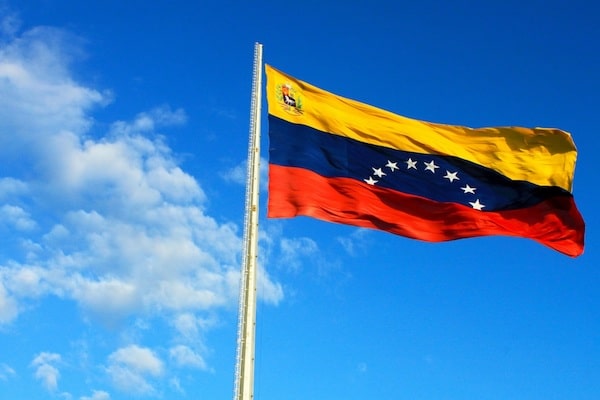 Compiled by Farooque Choudry. Text by William Camacaro and photographs by Rosana Silva.

People are celebrating the recently concluded elections of the Constituent Assembly in Venezuela although the mainstream media reports completely ignore the fact.

I am currently in Caracas, Venezuela, despite all the threats, and attacks of the empire and its poor puppet – Donald Trump.

The celebration was on Friday, August 4.

Thousands of people participated in the celebration.

The celebration was organized by the United Socialist Party of Venezuela and its allies.

It was a huge popular party.

The following photographs at San Agustintell the people’s positive reaction to the CA:

Whitney Webb’s article, “After Venezuela’s Election, U.S. And Allies Turn Up Heat – A Coup Could Be Ahead”, in MintPress News (August 1, 2017) provides a background of the political situation in Venezuela. Whitney Webb writes:

“[…] President Maduro struck a defiant tone Sunday night after the voting had concluded, telling a crowd of supporters that ‘A spokesperson for emperor Donald Trump said that they would not recognize the results of Venezuela’s constituent assembly election. Why the hell should we care what Trump says? We care about what the sovereign people of Venezuela say.’”

“Mainstream reporting on the constituent assembly election has centered around what the assembly might do once elected. It has been portrayed as a step towards dictatorship, even though the president of Venezuela is authorized by the current constitution to convene such an assembly. […]

“According to the current government of Venezuela, the constituent assembly was convened with the purpose of safeguarding certain ‘achievements’ claimed by the Chavista movement over nearly two decades. […]

“Mainstream media reports in both English and Spanish have repeatedly stated that 70 percent of Venezuelans themselves opposed Sunday’s vote. However, this figure came from a poll conducted by the firm Datanalisis, whose president, Luis Vicente León, has made his personal distaste for the constituent assembly and the Maduro-led government well known. In fact, León has proven himself in recent months to be more of a right-wing, pro-opposition political pundit than a pollster, calling the objectivity of his firm’s polling results into question.”

“Having spent well over $100 million on funding the Venezuelan opposition, the U.S. government is unlikely to passively sit back and wait to let the Venezuelan people decide their own fate. The U.S. mindset is easily summed up by former Secretary of State Henry Kissinger – who has met with Trump several times – and his infamous statement regarding the socialist Allende government in Chile that he helped overthrow: ‘I don’t see why we need to stand by and watch a country go communist due to the irresponsibility of its people.’ The U.S. has shown for the years that it refuses to recognize people’s right to self-determination, particularly when a government unfriendly to the U.S. empire comes to power.

“According to a leaked recording from 2013, opposition leader Maria Corina Machado detailed how Ramon Guillermo Aveledo, the chairman of the opposition umbrella group Mesa de la Unidad Democrática, told the State Department that ‘the only way to resolve this (salir de esto) is by provoking and accentuating a crisis, a coup or a self-coup. Or a process of tightening the screws and domesticating to generate a system of total social control.’”

“[…] It is up to the independent media to blow the whistle on the realities of the situation in Venezuela in order to prevent U.S. involvement in yet another ‘color revolution’ regime change operation, which – if it succeeds – will mark Trump’s first coup.”

The political struggle of the people in Venezuela is now passing a crucial phase. Expressing solidarity with the Venezuelan people is a task in this hour of their struggle. Spreading words, unmasking disturbances by the local bourgeoisie, exposing imperialist intervention, revealing the mainstream media’s tricks are essential tasks while expressing solidarity.

Rosana Silva is part of the group Friends of the People in Venezuela.