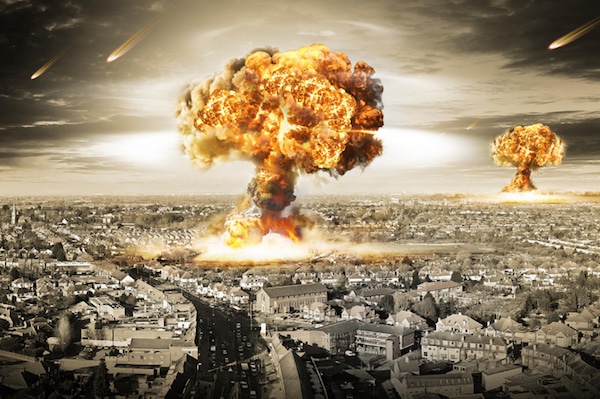 The US continues to provoke North Korea with military exercises near its borders. It also fails to live up to diplomatic agreements. Western media continue to distort the chronology of cause and effect, inverting reality to claim that North Korea is provoking the West. John Pilger (The Coming War on China) talks to T.J. Coles about the situation.

This interview contains material from our book, Voices for Peace: War, Resistance and America’s Quest for Full-Spectrum Dominance—an edited collection of original works by Pilger, as well as Noam Chomsky, Cynthia McKinney, Ilan Pappé and other leading activists and scholars (Clairview Books, 2017).

TJC: What is the threat from North Korea? 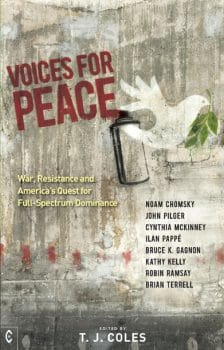 JP: The threat is from the United States, which for more than two generations has bullied and provoked North Korea while denying Koreans a treaty that would finally have ended their civil war and open up numerous possibilities, including reunification. The one pause in this warmongering campaign, during the 1990s, demonstrated that negotiations can “work,” regardless of what Trump says.

In 1992, the North and South signed the Declaration of Denuclearization of the Korean Peninsula, what was called “An Agreed Framework” was established and resulted in a suspension of North Korea’s nuclear programmes in exchange for a U.S. agreement to build two nuclear reactors within the terms of the Nuclear Non-Proliferation Treaty.

Then there were Six-Party Talks in Beijing. Today, China and Russia have said that if the US and South Korea cease their provocative military exercises—which include regime change—North Korea will stop firing its missiles. Will the Trump administration agree to this?

TJC: How do you assess Trump’s China policy, as opposed to Obama’s?

JP: There isn’t a real difference. Obama—urged on by his Secretary of State Hillary Clinton—initiated the so-called Pivot to Asia, which set the hare running of a US confrontation with China. Trump has continued this. He has, however, hosted the Chinese president and said what a great guy he is, whatever that’s worth.

Trump’s subsequent histrionics on North Korea over its provocative tests have made real the possibility of miscalculation. This is a dangerous time.

TJC: Do you see much chance of a trade war between the US and China?

JP: No. Their interdependence has never been greater. Trump’s election campaign threat to impose 40 per cent tariffs on certain Chinese imports came to nothing.  Again, the real threat is a mistaken or accidental missile launch on China — for example, from the US’s newly-installed THAAD ‘defence system’ in South Korea. The unspoken issue is the Pentagon, which has had unprecedented power in Washington since 9/11 especially since Obama’s presidency.