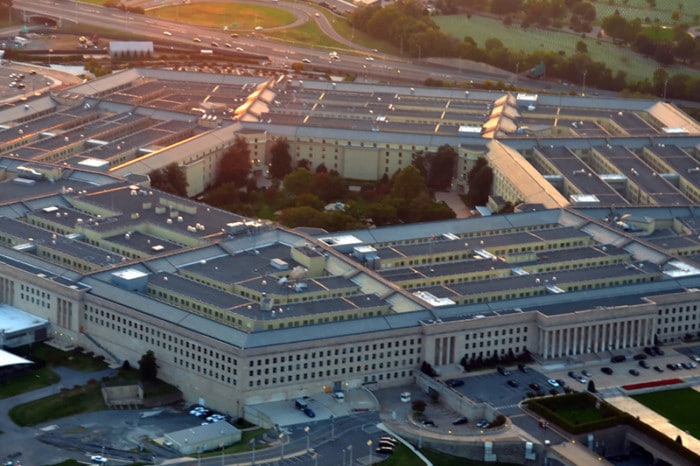 The New York Times (9/18/17) gave an enormous platform to a hawkish think tank that is funded by the U.S. government and by top weapons corporations, letting it absurdly claim, without any pushback, that the gargantuan U.S. military—by far the largest in the world—has been “underfunded.”

On September 18, the Senate voted overwhelmingly (89 to eight) to pass an enormous, record-breaking $700 billion Pentagon bill, giving far-right President Donald Trump even more money for war than he had requested.

Stolberg’s story also doubled as a kind of puff piece for hyper-hawkish Sen. John McCain, whom it lionized as an intrepid hero boldly taking the lead on the Pentagon legislation.

The Times report all but openly applauded the bill, describing it as “a rare act of bipartisanship” that “sets forth a muscular vision of America as a global power.”

The nearly 700-word article quoted three people, only one of whom was not an elected official. Not a single person or organization that opposes the Defense Department budget expansion was cited in the story. 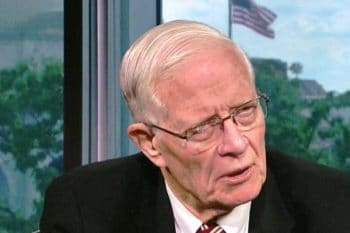 The lone non-official voice quoted by the Times was Anthony H. Cordesman (incorrectly identified as Anthony N. Cordesman), a national security analyst at the influential, bellicose think tank the Center for Strategic and International Studies (CSIS).

The Times gave no background information about Cordesman, failing to disclose that—as his CSIS bio clearly notes—he previously served as McCain’s national security assistant, and that he formerly worked for the Pentagon, the State Department and NATO. (He was even awarded the Pentagon’s distinguished service medal.)

Naturally, Cordesman used his space as a putatively independent expert in the U.S. newspaper of record to claim that the Senate’s gigantic Pentagon bill was a response to years of supposed underfunding of the U.S. military.

Cordesman’s notoriously pro-war employer CSIS, which in January boasted of being “named the world’s number one Defense and National Security think tank for the sixth year in a row,” also just so happens to be generously funded by the governments of the U.S. and its military allies, along with leading corporations in the arms industry (Extra!, 10/16)—although the New York Times left that out of its report as well.

The Times merely quoted Cordesman saying, in reference to the bill’s top supporter Senator McCain, “He’s someone who has lived with underfunding of the military, seen the impact on readiness, seen the strains that impact the force.”

The notion that the U.S. military has suffered in any way from “underfunding” would surprise the 95 percent of the world outside of the United States.

With a $611 billion budget in 2016, the U.S. already spent more on defense than the next eight largest countries combined (and six of those eight are U.S. allies) 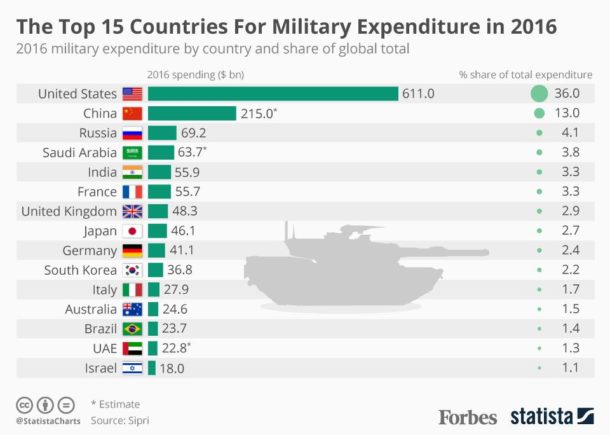 Moreover, “defense” already accounts for more than half of U.S. federal discretionary spending 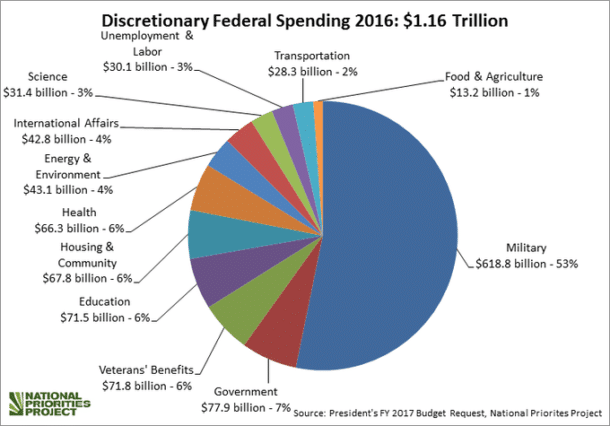 But, again, Cordesman’s employer, the Center for Strategic and International Studies, is not just any old think tank. Readers might not be able to tell this from the New York Times story, however, as it did not provide any details other than that it is “in Washington.”

CSIS states clearly on its website that the think tank’s top corporate donors include the most influential weapons companies, such as Lockheed Martin, Northrop Grumman, Boeing and General Dynamics. Another significant contributor is Raytheon.

All of these military technology contractors stand to profit directly from an expanded Department of Defense budget.

Fossil fuel companies Chevron, ExxonMobil and Saudi Aramco are likewise some of the biggest donors to CSIS. These corporations also will likely profit from an expanded Pentagon budget, given that the U.S. military is the world’s largest consumer of oil.

Top government donors to CSIS, moreover, include the United States and its close allies the United Arab Emirates, Japan and Taiwan, which coordinate with the U.S. military. The UAE is also the second-largest customer for U.S. arms.

Other significant CSIS donors include Saudi Arabia, the top purchaser of U.S. weapons; Sweden, one of the world’s leading exporters of arms per capita; and Turkey, a NATO member that works closely with the U.S. military, and the third-largest customer for U.S. weapons.

All of these states have a direct vested interest in pushing for more U.S. military spending.

According to the think tank’s website, the U.S. government funds CSIS’s research on technology policy, national security and regional studies (including research on the Middle East, Russia, Asia and more).

The New York Times failed to disclose any of these glaring conflicts of interest, leaving readers clueless that the employer of the one “independent” expert in the piece is actually bankrolled by the government and arms industry.

In addition to helping sell the gargantuan Defense Department budget to cash-strapped taxpayers, the Times story also comes off as hagiography for one of Congress’ most avowed war hawks.

Reporter Stolberg characterized the bill as:

a point of personal pride for Sen. John McCain, the Arizona Republican who chairs the Senate Armed Services Committee, and who has spent the past week shepherding the bill on the Senate floor as he battles brain cancer.

Stolberg went on to describe the legislation as a reflection of “McCain’s expansive vision of the role of the United States in world affairs.” The only other person the Times story quoted was top Democratic Sen. Richard J. Durbin—who voted for the bill and called it “a grandiose spending plan.”

None of the eight senators who voted against the legislation — such as Bernie Sanders and Rand Paul — were quoted in the New York Times article. Sen. Kirsten Gillibrand was mentioned, in reference to her opposition to President Trump’s attempt to ban transgender troops, but even then she was only named in the last paragraph.

The Times story noted the Senate bill “also includes a string of provisions to streamline the management of the Defense Department.” But the U.S. newspaper of record failed to mention the Pentagon’s notorious inability to keep track of its bloated budget.

A 2016 Department of Defense inspector general report found that the Pentagon was unable to document what had happened to a staggering $6.5 trillion in funds.

The Senate’s new record-breaking Defense Department bill also comes at a time when the Republican-dominated Congress is trying to dismantle the Affordable Care Act and reduce taxes on the rich.

With the help of corporate media, pundits have constantly insisted the U.S. supposedly cannot afford basic social programs like single-payer healthcare (Newsweek, 9/13/17; Chicago Tribune, 9/15/17). Yet the same corporate media leading the charge against the attempt to institute a Medicare for All system are effectively cheering on an additional $0.7 trillion for Defense Department warmongering.

The United Nations and anti-poverty organizations have estimated it would cost just $30 billion per year to end world hunger.