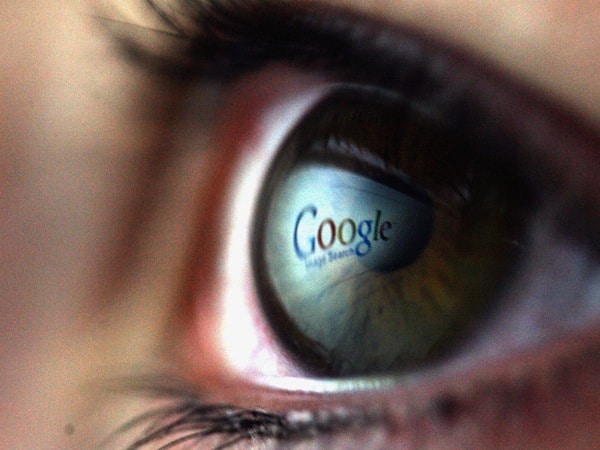 The Hoover Company’s vacuum cleaners once so dominated its market that people often still describe using any make of vacuum cleaner as ‘hoovering up’. Similarly, people ‘Google’ information from the Internet, even if they do not use Google. The only difference is that Google’s dominance of the Internet search market is far greater than Hoover had ever achieved with its vacuum cleaners. Earlier this year, Google’s search engine had an astonishing 92% of the market, with Bing, the next in line, owned by Microsoft, having barely 3%. This underpins its position as the world’s second largest private company by market capitalization, at a massive $670bn on 29 September, and backs its seventy offices in forty countries. 1

Google’s success in Internet search has been based on its speed and efficiency, things that have been supplemented by its maps and other products such as Gmail and Youtube. As with other Internet-based companies, these services are free to use, but come with a downside: as you use them, you build up a personal profile within Google’s system. This not only ends up delivering different search results to you than other people would get. More importantly, for Google at least, your profile is also used as a marketing tool for companies advertising their products.

Worldwide advertising expenditure last year was just under $500bn, with 36% of that, nearly $180bn, being taken up by digital adverts. Of the digital advertising, Google and Facebook together account for 54% of the global market, with Google the bigger player of the two, and alone accounting for more than half of the U.S. market. Digital advertising is growing faster than for ‘offline’ advertising on television, radio and in newspapers, helping boost the value of Google on the stock market.

Entering popular vocabulary has its commercial benefits. They have expanded this company so much and given it economic power so that it has changed its corporate structure twice in the past two years. In October 2015, Google was reformed as Alphabet, a holding company that had Google as its main component, the one acting as an umbrella company for its Internet operations. In September 2017, Alphabet created a new holding company, XXVI Holdings Inc, which now holds the Google operation and others. The rationale for these moves is varied, and will reflect its expanded operations and business strategy, but I will not cover this further. The Google Internet operation remains the predominant business, providing 99% of revenues, so is the relevant one to investigate.

Google operates differently from Facebook. Facebook has two billion users signed up worldwide, people who have supposedly given it their personal details, including their age, gender and location, and likely others, including their friends, relations and interests. Google, however, works at a more abstract level. It uses all aspects of a person’s Internet searching to build a profile that can be sold to advertisers.

Given that it also owns Youtube and Gmail, among other things, its ability to delve into an individual’s inclinations go well beyond simply figuring out if you might be in the market for a particular product. However, the vast volume of data at its disposal also argues against the notion that it is monitoring what an individual person is doing. It handles more than three billion searches per day! Of course, it could hand over your information to the state security services, like other Internet companies.2 But its modus operandi is to use its huge mountain of data to feed the machine that offers advertisers on its system a likely audience of many millions of people.

In 2016, 88% of Alphabet’s total revenues – $79.4bn out of $90.3bn – came from advertising. These advertising deals, although generating larger revenues than for Facebook, ‘can be terminated at any time’. This shows a similar business vulnerability to Facebook, and one that has not been allowed for by capitalist markets. As usual, these markets find it difficult to imagine how a company that delivers your Internet ‘daily bread’ might be hit by a new trend among Internet users to use gluten-free products or switch from bread completely.

Developments in information technology have facilitated the growth of the Internet giants, but they also force these companies to move beyond their traditional revenue sources to maintain their prominent position. Who knows how the market might develop? So they buy up potential rivals – often using their own shares as the means of payment when the bill gets beyond a few hundred million dollars.

This is a game where bright sparks in the relevant area of technology advance what looks like an innovative application and wait for a Google, or Facebook, or Amazon, or Alibaba, or whoever, to show up with an attractive bid for their business, in the process making them multi-millionaires or better. Google has bought more than 200 technology companies from 18 countries since 2001, although most were from the US. These forays were into online advertising software, travel technology, artificial intelligence, facial recognition, visual search, robotics, photography, video, map analysis, mobile devices and many other fields. The reported value of these takeovers is some $30bn, and likely closer to $40bn, or more, allowing for the undisclosed amounts paid in many deals.

One of the Google takeovers reflected its links with the U.S. security establishment. This was of Keyhole Inc in 2004, a company owned by the CIA-linked In-Q-Tel. Keyhole specialized in satellite mapping software, funded by the CIA, and went on to become Google Earth in 2005.

Such takeovers are one way in which an existing monopolist is able to use the financial system to consolidate and extend its market power. This is just as well for Google, since it recognizes that getting extra revenues from its traditional search business is under threat.

Revenues, profits and no dividends

As a relatively new business, Google/Alphabet has had strongly growing revenues and net income. Both nearly doubled in the four years to 2016: revenues to $90.3bn and net income to $19.5bn. But this kind of growth is necessary for a company that, as a matter of policy, has never paid any dividends to holders of its common stock and does not plan to do so. Capitalist investors in Google/Alphabet shares must be satisfied with the growth of the business if they receive no direct income from it, hoping that such growth will encourage the share price to rise. In other words, the capital gain from just holding the shares must look good enough to offset the lack of income from them.

Google/Alphabet has some similarities to other Internet-related companies. The lack of dividend payments and reliance on capital gains through a rising share price matches what Facebook and Amazon do, although Amazon was ahead of Google with the ‘initial public offering’ (IPO) of its shares in 1997, compared to Google’s IPO in 2004. The Facebook IPO was in 2012. However, Google appears to have set the precedent for Facebook’s ownership/voting structure.

The two main founders of Google were Larry Page and Sergey Brin, former PhD students at Stanford University in California. While they had to attract funds from other investors by issuing shares, they still ended up maintaining control of the company. Now they may own only around 12% of the total stock, but that includes the most important shares – the ones with the special extra voting power. In the same way as Facebook, some years later, they own most of the ‘Class B’ shares, which have 10 votes each and are held by the company’s initial founders, compared to the A shares with one vote and the C shares with no votes at all.3 Hence, ‘Larry and Sergey’ together control around 57% of the voting power of all shares in the company, despite owning barely one-eighth of the total shares outstanding.

Facebook’s Mark Zuckerberg has also built a big personal mountain with other people’s money. He alone controls 60% of his company’s votes while owning less than one-third of the shares, a feat enabled by him having a big chunk of the B shares that also give 10 times the voting power of the A shares!

You would think that people with loads of money to invest would have the nous to recognize that B might be better than A. Maybe they do, but the B shares are not traded on the stock market, so capitalists wanting to get in on the action can do little about it if they are not one of the founders already owning B shares. They can only buy the A or C shares. To the extent that they realize that C is worse than A, this is currently reflected in a discount of just 1-2% for the zero-vote C shares compared to the one-vote A shares. But that small discount is also shows how money capitalists are mainly bothered about getting a return on their investment – in this case via share price gains only – rather than really wanting to get involved in voting on, so deciding, what the business actually does.

This article completes my review of some of the world’s major corporations. Probably. Earlier articles have covered Alibaba, Amazon, Apple and Facebook, each of which is currently among the top six or seven world companies by market capitalization. What they all have in common is their distance from what is normally considered to be the productive sphere of the economy, the one producing goods and services that people need.

That may seem incorrect or unfair. After all, Apple produces smartphones, among other things. However, Apple’s ‘production’ turns out to be more a way to design a set of products that others produce and that it can sell within a monopolistic and tightly controlled marketing structure, one buoyed by a huge financial operation. Alibaba and Amazon are more simply in the commerce business, acting as a platform for selling what others make and taking a cut from the producers, although Alibaba has a big subsidiary in finance, while Amazon is also big in cloud computing services. Google/Alphabet, like Facebook, has provided Internet services to attract advertising revenues, with their ‘raw material’ provided by the users of their systems. All these companies also build on their resources to branch out into other areas.

What they have in common too, with the exception of Alibaba, is that they are based in the US. The predominance of the U.S. as a home for these top companies is based upon its large, relatively prosperous population. It offers both a big market in which a ‘start up’ can evolve into a major corporation and a ready supply of very rich individuals able to advance money to what looks like a good idea – and that will enrich them further. Even today, the U.S. accounts for nearly half of Google/Alphabet’s revenues. Here is one mechanism by which existing privilege helps secure future privilege. Alibaba’s China has a much bigger population, but this is offset in many respects by the relative poverty of its audience.

These reviews should offer some insights for those interested in analyzing imperialism today. Hopefully, they will also be of interest to the more general reader who wants to find out how the world economy works.

Note added late on 1 October: the above text has been amended in some places more clearly to express what I wanted to say, although no point has been changed.