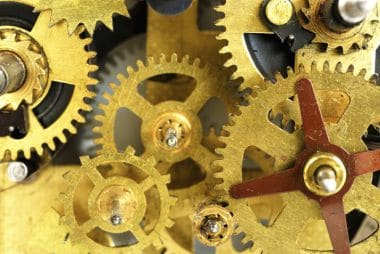 There was only once, in the final year of my PhD, that my supervisor and I butted heads. I had just submitted my fourth chapter for her review and, because I was living in another city at the time, she sent me an email saying we needed to speak on the phone urgently. A radical feminist, she was adamant during the call that I was affording too much privilege to a political economy analysis of sexual violence in war.  “Capitalism is the economic expression of patriarchy!” she insisted as she implored me to alter my analysis, lest the recognition that some men benefit more than others from hierarchical gender relations detract attention from their simultaneously accrued patriarchal dividends.

I was puzzled by the fervour with which she made her case. It had not occurred to me to reduce one oppressive system to another or consider precisely what was the relationship between gender-power and economic-power. I was grateful, in the end, as her insistence encouraged me to clarify just what precisely was the relationship I was observing in my research between the violently contested (and reinforced) economic and social hierarchies under globalised neoliberal capitalism and gender. In what ways were social relations, changing under the changed modes of production accompanying the expansion of neoliberal capitalism, the manifestation of ahistorical patriarchy or rational responses to oppressive systems?

I did not attempt in that dissertation or my work that followed to clarify the root cause of unequal gender relations in our current historical moment. Nor is it my intent here to settle the debate once and for all regarding how to best integrate the material reality of women’s oppression as a sex class (or caste) into historical materialism. Rather, my aims are much more modest. In this post, I wish to re-visit the ‘old’ feminist debates on gender and class in hopes of building further the case for the ‘secureconomy’ analytical framework.

This post is a defense of structural theorising and engagement with ‘old’ materialist approaches to understanding oppressive social relations. It has become more fashionable in feminist theory in the 21st century to eschew materialist and radical theories, dismissing such approaches as ‘generalist,’ ‘essentialising’ and ‘outdated.’ Despite the common refrain in feminist scholarship and activism that feminism is concerned with “gender, race, and class,” the trend of the last few decades has been to downplay the role that material forces have on producing and enforcing unequal power relations between the sexes and foreground the ideational; that is, to emphasise the role of language and discursive regimes in the formation of (and resistance to) recurrent patterns of social relations. Simultaneously, class analysis has all but fallen off the radar, as it does not lend itself as easily to identity politics.

The implication of this move – what is dubbed the ‘cultural turn’ – is that feminist scholarship has eschewed structural analysis that characterised both second-wave feminist thought and class theory. In turn, feminists have spoken less and less about class interests (whether we mean sex-class or economic class) and increasingly about agential identities constructed within these categories. The implications of this move are, as Vivek Chibber recently noted about class, so too are we, within feminism, no longer able to talk about constraints that both transcend locality and contingency, but also elicit “common patterns of response from social actors, regardless of culture and geography.” While most feminists acknowledge the numerous negative effects of globalised neoliberal capitalism on people around the globe, the desire not to reduce people to their oppressions mean that we have been unable to criticise the patriarchal bargains made for fear of denying agency. The effect of this shift has been an almost complete absence of class analysis within contemporary feminist discourses.

Yet, questions of class remain of central importance to feminism if we are to understand better and resist both capitalism and patriarchy. As Nancy Fraser famously argued, the political preoccupation with identity has displaced struggles for redistribution. But uneven distribution of wealth, power, privilege, and prestige are not simply the flow-on effects of depreciated identities that can be corrected through cultural reform reliant on the reification of those identities as biological or stable facts. The oppressive ideologies of sexism, racism, heterosexism, and militarism ultimately depend on a material basis, with social and historical determinants rooted in the structures of a classed society. Women are no more able to identify their way out of patriarchy as the exploited classes are able to identify their way into better socio-economic conditions.

The reluctance to engage with the material bases of global inequalities, even within the strand of theorising dubbed the ‘new materialism,’ has left feminists studying war and violence, in particular, ill-equipped to account for how violence operates in the global system, by whom it is used, and to what ends. Instead, violence is treated as an independent material reality, something that affects bodies, that is embodied,  but not something we can causally link to institutionalised patterns of social relations. If both men and women perpetrate violence in war, and if both states and rebels attack civilians, if both words and deeds are equally violent, what prospect remains for revolutionary, emancipatory politics.

Within the field of international security, feminists today have been less engaged with questions of how shifts in the global economy are shaping and/or changing many of our key categories of analysis, like the private, the home, the everyday, warfront and homefront, militarism, and labour. In failing to account for the intimate links between violence and globalised neoliberal capitalism, many have unintentionally reproduced ahistorical and problematic assumptions about what war and violence is, how it is fought, by whom, and why.

Violence is not simply a product of ‘masculinity’ as a static phenomenon, but can be better understood through an exploration of the intersection of neoliberal globalised capitalist class relations with the norms and affective relations socialised through categories of race, ethnicity, and gender. Under such an analysis, we may begin to see violence not simply as an independent object of our ontological focus, but as a form of labour, complicit in reproducing hierarchical gender, race, and class relations. In material terms, war, political violence, and militarism not only inscribe meanings on bodies participating in these acts, but forcefully re-create global stratifications based on gender, race, and class. Gendered and racialised war logics are the ideologies that enable globalised accumulation by dispossession; the ability of capital to exploit violence in the global periphery for accumulation relies on the exploitation of gendered and racialised norms and hierarchical relations.

Hence, our call with this series on ‘feminist secureconomies’ for the need to reintegrate political economy and security perspectives through a feminist ethic. A feminist political economy lens on international security can help to shed light on the intimate ways in which violence and neoliberal globalisation are co-constituted, and why they are so intractable. With so much value and labour invested in and to be gained from the politics and practices of violence and insecurity, there may be little concerted interest to actually address its root causes. Thus, our feminist ethic of resistance must extend beyond a rejection of systems of beliefs at the interpersonal level towards an historical and materially-based analysis of the root determinants of these beliefs and the structural inequalities that they reproduce.