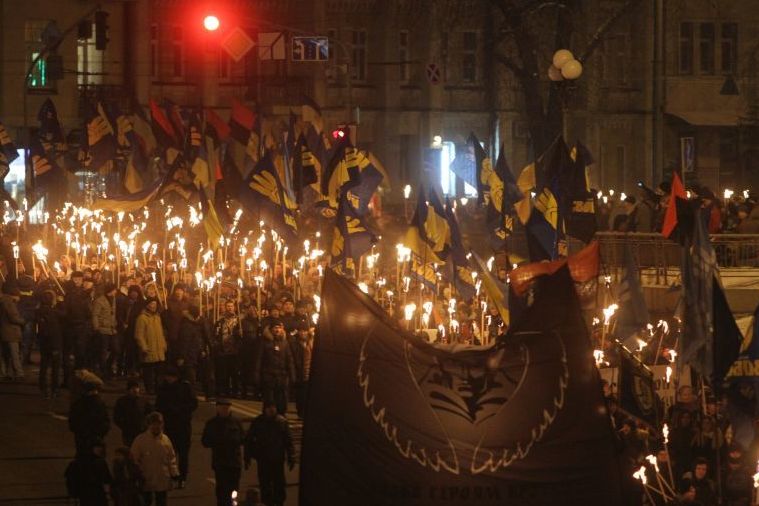 There is at present an upsurge of fascism all over the world, though it is often described as ‘nationalism’ or ‘right-wing populism’. Such terms, however, are misleading, and reflect a neo-liberal mindset. The pejorative use of the term, ‘nationalism’, serves implicitly to laud neo-liberal globalization as its contrast; it is also misleading because it does not distinguish between the ‘nationalism’ of a Gandhi and the ‘nationalism’ of a Hitler. Likewise, the term ‘populism’ is used these days to characterize all redistributive or welfare state measures, contrasting them unfavourably with neo-liberal measures of ‘development’; to apply it to the current fascist upsurge is misleading both because it promotes such a tendentious use of the term and also because the implicit suggestion of a transfer to the people does not figure anywhere in the agenda of these movements.

The current fascist upsurge, of course, is not a replication of the 1930s. Today’s context is different; and even within any particular context each such movement has its own country-specific features. But the term, ‘fascism’, is apposite because at least four features common to all fascist upsurges can be found in the current upsurge as well.

The first is supremacism and the associated repression of the ‘other’: white supremacism in the West, Hindu supremacism in India and so on. In fact, ‘supremacism’ describes these movements more accurately than ‘nationalism’. When a leader of the fascist German party (AfD) exclaims that while walking down a German street he does not meet a single German, he is obviously identifying German-ness with a white skin, and ruing the citizenship of less ‘congenial’ people. This is a symptom of supremacism rather than nationalism.

A second feature of fascism is the apotheosis of unreason, of which supremacism itself is an expression. Propositions like ‘the blacks are inferior’ or ‘the Dalits are inferior’ or ‘the Muslims are inferior’ are themselves indicative of unreason. But this unreason is sustained by a more pervasive appeal to unreason, a more general assault on reason, of which hostility to the intelligentsia, a complete disregard for evidence in any argumentation, a running down of centres of learning, physical attacks against dissenters, and browbeating the media, are some obvious symptoms.

Third, fascism is a movement, as distinct from mere skulduggery by some violent gangs, though fascism may use such gangs and the latter may have fascist mindsets. In Latin America, for instance, murderous gangs have been used against the Left for decades, especially during the years of military rule. But military rule cannot be called fascist for this reason, because fascism, unlike military rule, is sustained by a movement.

Fourth, the fascist movement at a certain stage of its career invariably makes a deal with big corporate capital, which alone enables it to acquire centre-stage presence and, if possible, come to power. Fascists knocking on the doors of State power, fascists in State power (which is the case in India), and fascists converting their hold on State power to set up a fascist State (which we have not yet seen anywhere at present), can do so only on the basis of the support of corporate financiers. Behind Narendra Modi’s rise too there is the solid support of the Indian corporate-financial oligarchy.

This last point also gives a clue to the reasons behind a fascist upsurge. Fascist, semi-fascist, and neo-fascist movements exist as fringe phenomena in most societies. They suddenly erupt into prominence in periods of economic crisis. This happens not because, as is often believed on the Left, the corporate houses get worried about a working class challenge to their hegemony at such times and prop up the fascists, but for precisely the opposite reason, namely the traditional establishment parties are incapable of finding a way out of the crisis and the Left is too weak to assert its agenda. Fascism, which starts out pre-eminently as a middle-class petty bourgeois movement, acquires strength at such times, not because it offers any solution to the economic crisis, but because it changes the discourse altogether, by projecting a ‘messiah’ who would miraculously cure the ills of society. (The appeal to unreason becomes essential for such projection.) And because of this acquisition of strength it gets ‘adopted’ by corporate capital to buttress its position.

Walter Benjamin, the well-known philosopher and theorist of culture who was himself a victim of fascism, had seen it as arising from a “failed revolution”. This had certainly been true of Germany, and of Europe in general, where a series of working class uprisings had occurred in the wake of the Bolshevik Revolution, whose failure had left the working class divided and debilitated. But the question that arises is: why in the present era, when there has been no revolutionary attempt anywhere for at least four decades, should there be such a weakening of the working class movement, and of the Left as its political expression, that the current capitalist crisis is producing a world-wide fascist upsurge as opposed to a Left upsurge?

An obvious reason for this is the weakening of the trade union movement everywhere as a consequence of globalization and the neo-liberal policies associated with it. The globalization of capital, which entails outsourcing of activities from the advanced countries to low-wage third world countries, constrains the trade union movement in the former. In the latter, on the other hand, the undermining of petty production and of peasant agriculture that also occurs under neo-liberalism, ensures that labour reserves swell in spite of such outsourcing from the advanced countries, as displaced peasants and petty producers pour into cities in quest of jobs whose increase is not large enough even to absorb the natural increase in workforce. Such swelling labour reserves obviously cripple trade unions, apart from the ever-present fear that union militancy would drive investment to other destinations. Besides, privatization, a ubiquitous phenomenon under neo-liberalism, weakens the trade union movement everywhere, since trade unions invariably tend to be stronger in the public compared to the private sector.

There is a second reason for the weakening of working class politics, which has to do with its not shaking off the ideological hegemony of neo-liberalism. It is not just the likes of Tony Blair of the British Labour Party and Gerhard Schroeder of the German Social Democratic Party, who have been the instruments of such hegemony. Even the Marxist Left, notwithstanding its criticism of neo-liberalism, has not drawn the inevitable conclusion from it, namely the need to put capital controls in place, and hence to delink to an extent from globalization, for pursuing an alternative agenda. And in countries like ours where the Marxist Left has ruled only in some states, it has often pursued conventional policies on the grounds that the Centre alone can effect a shift away from neo-liberalism. 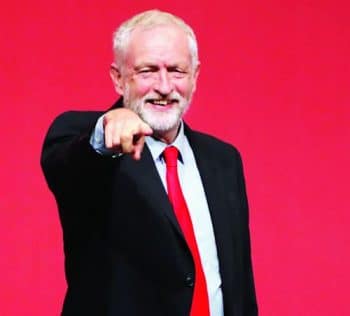 But where the Left has broken away from neo-liberalism, it has managed to challenge the fascists. Bernie Sanders, an avowed socialist, who presented a different, anti-Wall Street, agenda, got substantial support from the people, and may have even beaten Donald Trump had he continued in the presidential contest. Jeremy Corbyn, who has come out with a new Left agenda, including even nationalization, has revived working class politics in Britain to an extent where the vote share of the fascist United Kingdom Independence Party went down from 11 per cent in the previous general election to just 2 per cent in the latest one. In France, where Jean-Luc Mélenchon’s Left Party together with trade unions has been spearheading opposition to the neo-liberal agenda of the president, Emmanuel Macron, Marine Le Pen’s fascist party’s vote share has gone down from 23 to 13 per cent between the presidential and parliamentary elections, reducing it to just eight seats in Parliament. In fact, its votes are marginally less than those of the Communist Party and Mélenchon’s party put together. In spite of their not fighting the parliamentary election together, they got 27 seats, which is way above the fascists. The fascist upsurge in short can be reversed if the Left breaks out of neo-liberal hegemony and offers the people an alternative concrete agenda.

What does all this mean for India where the Left is divided over whether to have a broad anti-fascist alliance that includes the Congress or whether to shun any alliance with neo-liberal parties? The foregoing would suggest that this debate should be turned upside down. The point is not who is ‘touchable’ and who is not; the point is to push for an alternative agenda and ally with whoever comes on board. Such an alternative agenda has to be minimal but significant. Even an agenda with just two points, a State-run national health service offering free and quality healthcare to all, and a chain of quality State-run neighbourhood schools providing free education to all children, will go a long way in changing the ethos of this country.