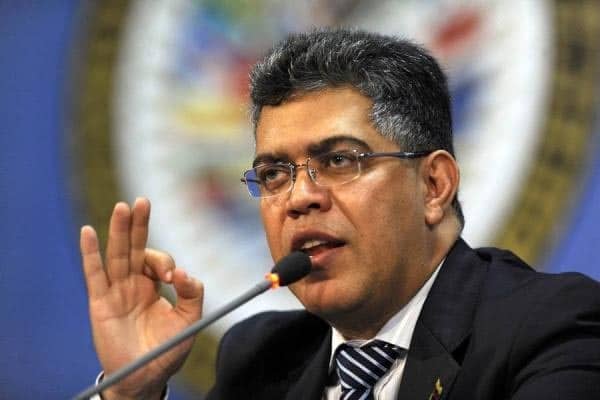 Beyond electoral battles and victories, the Bolivarian Revolution must fight a strategic battle every day; that is the battle of ideas. This cannot be waged simply through theoretical debate alone, but through the real practice of political ethics. In this sense, I believe that this strategic battle must be deepened in at least three dimensions:

We must continue transcending what is merely electoral democracy and advance in the consolidation of experiences of people’s government; the communes and communal councils, as well as in the new forms of communal, workers, campesino and public social property, which began in the first decade of the revolution.

In this dimension, it is also necessary to recover the new democratic culture that Chavismo brought to Venezuelan society: criticism, self-criticism, social auditing, and the interpellation of the people. This is something we should not fear as our commander Chavez said, on the contrary, it is something we need in order to advance.

To demonize this critical culture within revolutionary democracy with the banal argument that whomever doing the criticism is a traitor, is to kill the emancipatory and collective spirit of our revolution. Traitors are the corrupt who never criticize when they’re in their honeypots, but when they flee from Venezuelan justice, they declare themselves to be witnesses protected by the empire, and try to bring us all down to their quagmire of corruptions and deviations. Those are the traitors.

The Bolivarian socialism put forward by Chavez sets out a mixed-economy, but this is not to be confused with the development of mixed-companies alongside the private sector. In reality, this is about recognizing the existence and importance of the private sector, but the revolution should develop experiences of non-capitalist property and productive relations.

In this respect, I see a worrisome retreat from the consolidation and construction of socialist experiences, and even more seriously, a regression from the small and incipient socialist economic model begun by the Bolivarian Revolution towards capitalism.

It is necessary to debate how we will build Bolivarian socialism, or are we really only striving to strengthen the capitalist private sector and the de-nationalisation of the public sphere? There are issues we must debate from a strategic perspective.

The Bolivarian Revolution emerged, among other reasons, as a response to the corrupt system of the Pact of Punto Fijo. To not have punished those responsible for that great robbery during the National Constituent Assembly of 1999 was a mistake.

Impunity is the greatest promoter of crime. By leaving the corrupting public and private apparatuses intact, a good many new bureaucrats and even some political leaders were captured from the beginning.

But the problem goes deeper than that. By not developing a policy of cultural transformation based on the construction of new values for a society with modest lifestyles both individually and collectively, and by expanding economic and social rights without combating the structural consumerism of our society in the cultural sphere, we built the foundations for infinite demands and the consequence was the search for personal enrichment at any cost. It is because of this that we have high levels of delinquency and corruption.

There is a lot that we need to rectify in this dimension, for this reason I salute and support the brave struggle against corruption that the Attorney General of the Republic [Tarek William Saab] is fighting. Enough of the corrupt, who are traitors at every hour of the day.

But beyond that, we must redouble our efforts towards forging an honest culture of work, and the achievement of a dignified life, not just materially but also spiritually.

For the absolute consolidation of socialism, Commune or Nothing!

For the absolute consolidation of our Bolivarian socialism, Commune or Nothing!

We are faced with another electoral battle, and now we are going for victory in the municipal elections, but we must not forget the other battle, where our strategic victory lies, the coming into being of a new, truly human society. For that, as the compañero Ricardo Melendez reminds us, we must always return to Chavez.