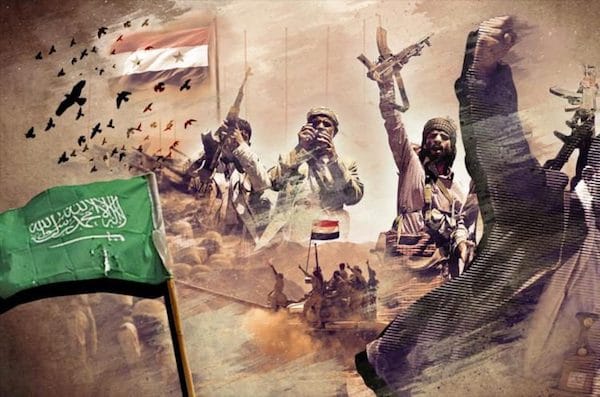 Since May 2015, the Kingdom of Saudi Arabia has sustained a permanent military invasion against Yemen, the poorest country of the Middle East. The House of Saud argues that the lands and air attacks are due to the advancement of the Ansarolá movement, born in the core of the Houthis tribe which exercises the Zaydi shi’a Islam.

The departure of Ali Abdullah Saleh from power, in part a product of the protests occurred in the context of the Arab Spring in 2012, opened a situation of deep misrule in the country. The repression ordered by Saleh couldn’t detain the wave of protests that exploded in a nation of strong tribal conception.

With the political and military advancement of Ansarolá, the Saudi monarchy found a reason not only to fight this movement, but also to attack Iran, the main enemy of the region. From the House of Saud, they automatically linked Ansarolá with the government of Tehran, beyond the lack of real evidence of this alleged alliance. But if there was a trigger for the invasion of Yemen (and something that isn’t “remembered” by the mainstream media), is the strategical importance of the Bab-el-Mandeb Strait, through which almost 4 million barrels of petroleum and refined products passed through daily before the invasion.

With 527.000 square kilometers, Yemen is neighbors with Oman and Saudi Arabia. Despite its production of crude oil and the great reserves of natural gas, the 24 million inhabitants of the country are currently devastated by a deep humanitarian crisis generated by the military invasion of the House of Saud.

Some recent data shows the state of chaos and suffering in Yemen.

Even though the Yemeni people are suffering the hardest consequences of this invasion, the House of Saud doesn’t remain untouched. The attacks of Saudi Arabia cost the Kingdom 200 million dollars daily, something that in the last days was felt in the internal economy of the main monarchy of the Persian Gulf. A report elaborated by the Consultative Assembly of Saudi Arabia (Shura), recognized that around the 22% of the Saudi population lives under the poverty line. Also, the International Monetary Fund (IMF) announced that Saudi Arabia may run out of oil reserves if it continues with its current financial policies.The proposals put forward by the Saudi heir, Prince Mohamed Bin Salman, show to be a “liberal” response to an archaic political and commercial system which needs to modernize, but without losing its ideological pillar in where the most conservative precepts and a deep neoliberal thinking unite.

Despite this landscape, the Yemeni military response is not minor. In the last couple of days, Ansarolá, along with some sectors of the Army, launched a ballistic missile which struck against the International Airport of Riyadh, the capital of the Kingdom. It was also made public that last week Ansarolá destroyed three armored vehicles in near the frontier. HispanTV informed that over 180 Saudi mercenaries were killed in armed conflicts with popular militias East to Saná, the country’s capital.

Even though the internal situation of Yemen continues to get worse by the hour, on a global level, the suffering of the Yemeni people remains silenced. The massacres that keep coming from Riyadh are committed under an unrelenting cloak of impunity. Meanwhile, the idea that a divided Middle East will always be beneficial for the most powerful, becomes a reality in Yemen.