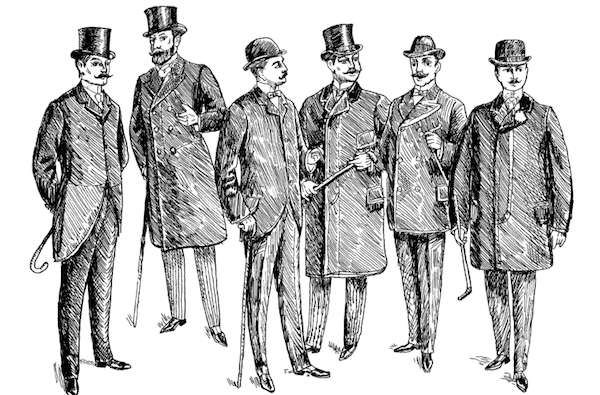 He predicted the creation of a new aristocracy of finance made up of usurers and parasites who live on bank-swindling and legal robberies.

Marx wrote that capitalism “reproduces a new aristocracy of finance, a new sort of parasite in the shape of promoters, speculators and merely nominal directors; a whole system of swindling and cheating by means of corporation-juggling, stock jobbing, and stock speculation.”

Marx had prophesied the transition from an industrialised to a financial society, the passage from wealth created by entrepreneurial production to wealth accumulated through the parasitism and legal robbery of “finance capitalism.”

The French Revolution and the industrial bourgeoisie did away with feudal aristocracy, but a new aristocracy has risen from the ashes.

As foreseen by Marx, the aristocracy of finance (or “Finanzaristokratie”) holds power in the absolute financial capitalism of the post-1989 world.

The Italian Claudio Tuozzolo has written about this in an essay called Republic: work, decline or finance? Marx and the capitalism of financial rents.

Rents replace work as the lynchpin in the flexible, neo-feudal capitalist mode of production.

We can repeat Marx’s prophetic words that the aristocracy of finance rakes in its profits exclusively in the form of rent.

Profits are pocketed only as interest, that is simply as indemnification for the ownership of capital. Such is the difference between industrial and financial capitalism.

Furthermore, Marx argued the middle classes and businesses would dissolve in the wake of finance-capitalism, and this too has become a reality only in our times.

With the emergence of the financialised economy, ownership and production are separated — in contrast to entrepreneurial capitalism, where individual producers own privately.

The paradoxical consequence is that, to borrow Marx’s words again, the capitalist mode of production goes through the annihilation of private capitalist industry.

The place of the capitalist producer is taken by the financial speculator, and while the former risked his own money and accumulated capital, the latter risks the wealth of others and expects others to save on his behalf.

Financial capitalism is the culmination of the dynamics of the absolutisation and autonomisation of the economy as a self-referential process.

In this absolute phase, says Marx, financial capitalism is no longer based on the worker-entrepreneur opposing positions, but on the opposition between capital and individuals who are really involved in production, from the general manager to the last among day labourers.

The latter are employed by the financialised economy as instruments, as functionaries of infinite value growth.

They control each other and impose inflexible sanctions on whoever does not carry out to the best of their abilities their function as agent of the valorisation of value.

Capital ends up devouring its very own agents.

Diego Fusaro is professor of philosophy at … and author of numerous books. His books in English include Marx, Again! (2017), The Place of Possibility: Toward a New Philosophy of Praxis (2017), The Secret Fichte (forthcoming) and Marx, Greek Atomism and Historical Materialism (forthcoming), all published by The Pertinent Press.