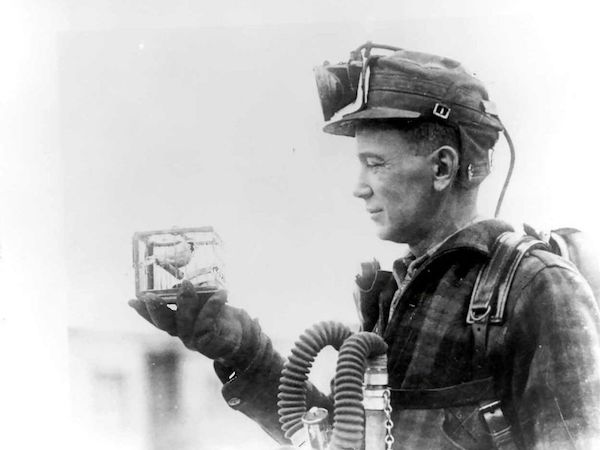 A magazine owned by billionaire Michael Bloomberg recently reported on workers’ declining share of national income. “Why don’t workers get the full benefit of rising productivity? No one has good answers,” it stated, to the merriment of left Twitter. A raft of memes reminded Bloomberg Businessweek of the lessons of Piketty, Marx, and political economy generally. Of course capitalism is going to disproportionately reward the owners of the means of production. Surplus value helps r > g, those gains are partially reinvested in the political system, which produces even more inequality—self-reinforcing domination without end, amen.

On the other hand, there are many varieties of capitalism. Some states are much better at democratizing financial security than others. The US and UK are both savagely unequal societies, but at least the latter has a National Health Service. Germany and France do more than either the US or UK to reduce inequality through taxes. Timing matters, too: the US of the mid-1960s had far more hope of durable egalitarianism than the US of the mid 2010s. As David Grewal has argued, “Understanding why r > g has generally held — and why it briefly did not — requires an account of capitalism as a socioeconomic system structured through law.” And we cannot tell that story without, as Angela Harris argues, looking at the role of race in structuring both economic and political opportunity.

Harris’s post focuses on the history of exploitative relations between central and peripheral powers. She argues:

Part of the mission of “law and political economy,” as I see it, is to broaden our investigation of the relationship between “race” and “economics” both spatially and temporally – beyond the bounds of America as a nation-state, and beyond slavery as a starting point. The proposition is that race is foundational to “law,” to “the political,” and to “the economy.”

Both social science graduate schools, and law schools, can use the pursuit of parsimony as an excuse to abstract away from the racial context of so much of what we study. Harris is right to bring race to the center. Many of the works she cites should be in the canon of law and political economy. They help us better explain the past, while illuminating troubling trends of the present. We need to elevate research that does this vital work, exposing the role of racecraft in distracting individuals from their real interests, to pursue some contrived purity or superiority.

Pankaj Mishra’s “How colonial violence came home: the ugly truth of the first world war,” is an elegant example of how brutal mistreatment of “peripheral” others, by a European “core” of economic and political power, was both execrable in its own right, and boomeranged back to devastate its ostensible beneficiaries. The potted history of World War I includes shock and surprise at the manifest cruelty of trench warfare. Mishra frames it as, instead, a natural outgrowth of grotesque indifference to the lives of others abroad:

[T]he background to the first world war was decades of racist imperialism whose consequences still endure. . . . We tend to forget that imperialism, with its promise of land, food and raw materials, was widely seen in the late 19th century as crucial to national progress and prosperity. Racism was – and is – more than an ugly prejudice, something to be eradicated through legal and social proscription. It involved real attempts to solve, through exclusion and degradation, the problems of establishing political order, and pacifying the disaffected, in societies roiled by rapid social and economic change. . . .

Dispatching German troops to Asia, the Kaiser presented their mission as racial vengeance: “Give no pardon and take no prisoners,” he said, urging the soldiers to make sure that “no Chinese will ever again even dare to look askance at a German”. The crushing of the “Yellow Peril” (a phrase coined in the 1890s) was more or less complete by the time the Germans arrived. Nevertheless, between October 1900 and spring 1901 the Germans launched dozens of raids in the Chinese countryside that became notorious for their intense brutality. One of the volunteers for the disciplinary force was Lt Gen Lothar von Trotha, who had made his reputation in Africa by slaughtering natives and incinerating villages. He called his policy “terrorism”, adding that it “can only help” to subdue the natives.

Given this background (and much more documented by historians), is it any surprise that Woodrow Wilson pushed the preservation of “white civilisation and its domination of the planet”? Or that leaders so reckless with the lives of others abroad would eventually adopt that attitude toward European enemies, and eventually their own soldiers, once hostilities began closer to home?

Mishra’s narrative connects wars of domination in a grim tapestry of “proto-genocides:”

Running the Congo Free State as his personal fief from 1885 to 1908, King Leopold II of Belgium reduced the local population by half, sending as many as eight million Africans to an early death. The American conquest of the Philippines between 1898 and 1902, to which Kipling dedicated The White Man’s Burden, took the lives of more than 200,000 civilians. The death toll perhaps seems less startling when one considers that 26 of the 30 US generals in the Philippines had fought in wars of annihilation against Native Americans at home.

Mishra minces no words in connecting this history to current events, as white nationalist groups gain increasing power in the U.S. and Europe. The endless inflation of threats from “Muslims,” from “China,” from “refugees”—all serve to distract the polity from far greater problems caused by inequality, climate change, and aging infrastructure.

One critical task of political economy today is to articulate a politics of inclusion, premised on a story of prosperity shared globally. There is no static “lump of labor” to be divided among different racial groups; all can benefit from the prosperity and productivity of each. Zero-sum Trumpism is political rhetoric, not economic reality. There are over 65 million displaced persons in the world today, and they are more credibly seen as potential contributors to advanced economies than drains upon them. When Angela Merkel welcomed over one million Syrians, she was not simply acting in a humanitarian manner, but also in an economically rational way, recognizing the need to add younger persons to the workforce of Germany (which has the third-highest median age in the world (47), while Syria has the 161st (24)).

We also must expose the many lies of white-nationalist populism, such as the naïve idea that demagogues will spare their supporters from the types of exploitation they impose abroad, or on minorities at home. When capital is mobile, it will migrate to regions that maximize its freedom and power—or demand something like their conditions as ransom for its remaining. An ideal of “limitless worker surveillance” may have originated in low-paid jobs, but all too easily expands to reduce the status of other workers. Lani Guinier & Gerald Torres’s metaphor of the “miner’s canary” frames the matter compellingly:

Those who are racially marginalized are like the miner’s canary: their distress is the ﬁrst sign of a danger that threatens us all. It is easy enough to think that when we sacriﬁce this canary, the only harm is to communities of color. Yet others ignore problems that converge around racial minorities at their own peril, for these problems are symptoms warning us that we are all at risk.

The systematic disenfranchisement of African-Americans, both historically and in the present day, has helped propel into power a reigning political establishment which is accelerating inequality, dismantling workplace and environmental protections, and destabilizing foreign relations. Police impunity in so many cases of brutality and arbitrariness involving racial minorities (and immigration detainees) portends a general climate of order without law. Low-wage work, in fields often dominated by minorities, has long featured indignities and surveillance that are now creeping up the socio-economic scale.

In short: the mistreatment of subordinated minorities (both at home and abroad) is not only a matter of moral concern. Rather, it reveals the core logic of the system. Sartre once remarked that, “In the colonies the truth was naked, [whereas leaders in] the metropoles preferred it clothed.” Critical race theory exposed a logic of exploitation that is renewed in digital capitalism. Such theory is essential to the future of political economy.

Frank Pasquale is a Professor of Law at University of Maryland Francis King Carey School of Law.