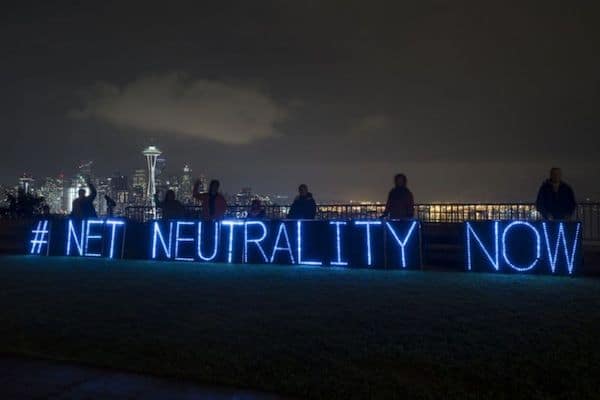 In recent months, one of the United States’ most important debates has revolved around the broad concept of Net Neutrality (NN). Without delving into the technicalities, the concept of NN is that internet service providers (ISPs) cannot privilege or restrict internet data. Basically, once you’ve purchased your internet package with the requisite bandwidth parameters, your ISP cannot make your access to a certain site easier or harder, faster or slower.

But with developments in the United States, NN appears to be on its way out, which will give ISPs much greater leeway in how they can shape people’s internet experience. For instance, an ISP can form an official partnership with a streaming service, and in so doing, could restrict or slowdown access to all other streaming services. Without hyperbole, American internet users could in the near future see Verizon partner with Amazon Prime, making it harder for the former’s customers to use Netflix. More seriously, ISP’s could—based on financial or ideological objectives—prevent or promote access to certain digital news outlets. In such an environment, there’s nothing to stop American ISPs from systematically restricting access to strident left-wing journalism, including from this very website.

But beyond these obviously disconcerting scenarios, why does the NN debate matter for the Canadian left specifically, and the general left more broadly? For Canadians, it matters because while NN in Canada doesn’t appear to be under assault from the current government, ISPs in Canada have been emboldened by the victories of their corporate analogues south of the border. Further, the fight against NN has been recently picked up by former Industry Minister and runner-up for the Conservative leadership Maxime Bernier. In both Bernier and the ISPs views, NN is little more than state interference into the rights of consumers and companies alike.

This is where the socialist moment reveals itself on the question of Net Neutrality. While many defenders of a free internet have made the argument that NN is actually the free-market capitalist way to run the internet, and the non-NN position is a ‘crony-capitalist’ bastardization, the reality is that opponents of NN are sincerely defending the ideals of liberal capitalism. They are quite correct—by the letter of capitalist law—that ISPs should be more than allowed to partner with certain websites to prioritize bandwidth to that site, or should be allowed to flex their market muscles to restrict access to their competitors’ holdings.

Here’s the crux of the issue: many people see capitalism as synonymous with the free market. But what this episode has shown us, more than anything else, is that the free flow of information exists not because of capitalism, but in spite of it. Capitalism is not a system of free exchange; rather, it is a system of profit maximization for those who own the capital. In some cases this may coincide with what are understood as free markets, but in a great many cases capitalists profit most by restricting the freedom of others, be it their workers, their consumers, or democratic institutions.

The reality is that if we allow major companies even more discretion in how they shape the internet, we will see an aggregate decline in freedom for the average internet user. But the solution isn’t only the reversal of the United States’ current course away from NN, but an increased realization that the internet in our modern era must be seen—and treated—as a basic utility, the access to which should be seen as fundamental, and the control of which should be wrought through the state, and not private corporations. We must—in simple terms—nationalize and democratize the internet.

As a baseline, the public should own the infrastructure that provides internet access, and should either directly own, or substantively control, the companies that currently act as ISPs. But over the longer term, it may need to go farther than that. One concept the NN debate has outlined is how a few powerful companies can induce the government to introduce a policy so wrong-headed that it benefits virtually no one but those companies. Essentially, this highlights the fatal limitations of liberal democratic institutions without the presence of economic democracy.

It also shows plainly that the issues with the internet go beyond service providers and reach to some of the largest players like Facebook, Amazon, and Google, who control such a substantive proportion of their respective market shares that they are part of a narrow digital oligopoly. They have such power that they collect personal data on a mass scale, hold cities at ransom in the hopes of landing their warehouses, and propose to mould our public spaces using privately-owned and designed algorithms.

The fight for Net Neutrality is but the first salvo in a longer battle over the age-old debates about democracy. The left has to realize that the first stage of this battle is on easily winnable grounds. Capitalists and their ideological brethren have lined up to fight NN as a barrier towards their profit-making enterprise, and socialists can make the case that if capitalism means antagonism to the very concept that manifests a free internet, perhaps the owners of private industry shouldn’t be trusted with other important aspects of our daily lives. Winning this second stage—questioning the undemocratic ownership of major industry in general—is a harder slog altogether, but it must be won. We cannot have a democratic society where the internet is either constrained by ISPs, or dominated by a scant few companies. We cannot choose. The people—either directly or through their duly elected representatives—must control their own public venues, and in the 21st century, the internet is undeniably one of those most important public spaces. As British socialist Harold Laski once said:

The early history of socialism is most largely the record of a perception that the concentration of property…in a few hands is fatal to the purpose of the State…It is overwhelmingly right in its insistence that either the State must dominate property, or property will dominate the State.

This is a great opportunity for democratic socialists but only if the message is cast consistently and thoroughly that the fight for Net Neutrality is in reality a battle against capitalism’s logical conclusions.

Christo Aivalis is a SSHRC Postdoctoral Fellow in the Department of History at the University of Toronto. His dissertation examined Pierre Trudeau’s relationship with organized labour and the CCF-NDP, and is being published with UBC Press in March 2018. His work has appeared in the Canadian Historical Review, Labour/le Travail, This Magazine Our Times Magazine, Ricochet, and Canadian Dimension. He has also served as a contributor to the Canadian Press, Toronto Star, CTV and CBC. His current project is a biography of Canadian labour leader A.R. Mosher.