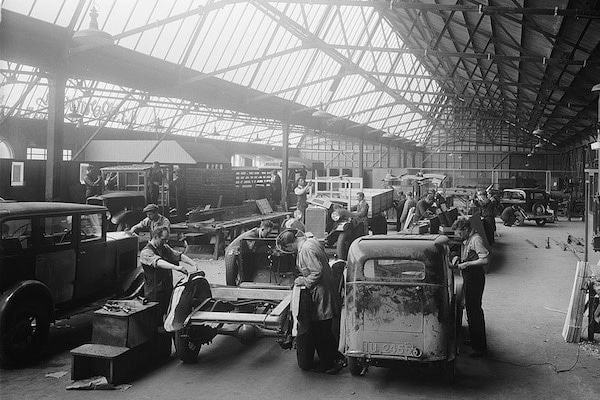 Recent discussion of trans politics has invoked the terms “materialist” and “idealist.” Rob Hoveman gives an overview of some of these key philosophical concepts in Marx’s thought, arguing that abstract concepts are vital, but we also need to think through how we apply them in practice.

A contrast has often been drawn in the past between materialism and views condemned as “idealist” – or, more recently,  with views which are suffused with non- or anti-Marxist presuppositions and theories, including various brands of reformism, identity politics and other supposed deviations. Such has been the nature of some of the vexed debate around the issue of transgender and women’s rights in recent months.

But what exactly is Marx’s historical materialism, and what is a materialist analysis?

Materialism for many people means two things: firstly, an obsession with material things (possessions, conspicuous wealth and consumption) and secondly, a rejection of theism (a belief in God and spirit) and acceptance of the view that the natural world of which we are part is all there is.

Marx’s conception of the materialist theory of history has connections to both  of these vernacular uses of the term. Marx believed that human beings were part of nature, not beings placed on Earth by God, although a belief in gods or God was itself a product of mankind’s specific relationship to, and indeed, alienation from, the nature of which they were part.

Although human beings are a part of nature, in very important respects they are quite unlike other animals. Human beings have the capacity to make things through their labour in order to satisfy their needs and desires. This entails forms of social co-operation and the capacity to plan. And human beings are conscious, having ideas which, amongst other things, enables them to make plans.

Underpinning this conception of human beings as both part of the natural world – beings who were wholly physical in nature – and yet different in crucial ways from other parts of nature, was a theory of dialectics adapted from Hegel in which, amongst other things, quantitative change (such as the evolution of the brain) could turn into qualitative change (such as consciousness).

Marx’s view was therefore utterly opposed to any kind of reductionism or biological essentialism of the kind which is to be found in the theories of the evolutionary psychologists, on the one hand, and some strands of feminist thought or identity politics on the other.

Two further, crucial distinctions are necessary to get a grip on Marx’s historical materialism. The first is between “base” and “superstructure”, and the second is between the “forces of production” and the “relations of production”.

The base refers to the processes of production of everything necessary for life (and a lot more besides), in all its different aspects. This will include housing, clothing, food, transport, education, entertainment and so on. It includes the techniques of production, the skills and expertise of the labour that goes into that production, the labour process that goes along with those techniques and those skills and the effective control over the production process.

The superstructure on the other hand includes the state – which exists to stabilise the conditions of production and prevent revolt against them – and the ideology that’s promoted to maintain the existing social arrangements.

Effective control is a very important concept in understanding the relations of production. State ownership of the major means of production may be a necessary condition for overcoming capitalism, but it is not a sufficient condition. The state can continue to be the vehicle for the control of the minority of exploiters competing in a world capitalist system, unless the state itself is subordinated to the democratic control of the majority, the direct producers themselves.

The direct production process is vital to understanding society and its potential to change. But it is also vital to understand that there is a process of reproduction of the labour vital for production. The reproduction process is fashioned by the needs of direct production. This in turn gives rise to the oppression of women and of some of the ideologies of oppression that go with it, as justification is sought for the unpaid labour involved, particularly from women, in the process of reproducing the workforce.

If the concepts of the forces and relations of production and the process of reproduction are critical to understanding the base of the society in which we live, its dynamic and the possibilities of change, we shouldn’t understand the superstructure as a mere reflection of the base and the class interests of the existing ruling class, the class which exists, crucially, through its exploitation of the direct producers. The superstructure is also where the ideas which challenge the existing societal arrangements are played out.

These ideas are vital if a radical change of society is to occur. People make their own history, but not in conditions of their own making; nonetheless, what is made depends on the ideas which people have. These ideas don’t arise in a vacuum and they don’t merely have a life of their own. They arise in specific historical circumstances, where different classes have fundamentally different interests. Given these different interests, ideas which challenge the ruling class will always emerge, and then it is a question of how they can be strengthened in a host of different ways.

Marx’s theory of base and superstructure and of the forces and relations of production which make up the base was not a purely academic analysis, an anaemic play of categories for the sake of the game. The theory was elaborated both to explain change historically, and to explain how we best understand the possibilities of change in the future. It was to impose an order and understanding on the facts of history, to explain, bothwhy the class struggle between the direct producers and their exploiters was central to the development of history, and how we can ultimately look to the direct producers taking control of society and planning production (and reproduction) to meet the needs and the self-realisation of all. As such, the ideas involved in the basic outline of historical materialism have their correspondence in reality.

But as with any ideas, there are dangers in understanding these ideas crudely and one-sidedly and in a way which seeks to reduce the complexities of life to simplistic abstractions. So some have interpreted historical materialism to mean that the forces of production will inevitably develop to the point where, as capitalism replaced feudalism, socialism will automatically replace capitalism. This attitude leads to a passive fatalism. This is mechanical materialism, an obvious historical inaccuracy and not Marx’s view. There have been long periods when the forces of production in history have regressed. This happens, for example, when the contending class forces are unable to achieve victory over one another or where the reactionary class overcomes the progressive class. The same applies today. The choice is between socialism and barbarism – and achieving socialism critically involves the subjective factor, the development of class consciousness and organisation to take on the barbarians in the City and elsewhere.

Similarly, some have interpreted historical materialism to mean that only the class struggle at the point of production is important and all else should be ignored or at least subordinated to that. So it becomes of no importance to struggle against the oppression which has its roots in the capitalist system, as such oppression will simply fade away once the class struggle at the point of production is successful and the direct producers take control of production. Again, this economism is not implied by the theory and Marxists, particularly today, have generally rejected it. Oppression rooted in capitalism may ultimately only be decisively overcome once the capitalist system is overcome, but there is nothing in Marx which implies that oppression cannot be fought and pushed back within the capitalist system; indeed, this is vital if we are to secure the unity of the working class, through which we will overcome capitalism.

For Marx, and of course Engels, the oppression of women in capitalism has its roots in the needs of the capitalist system to secure unpaid labour in families in order to maintain and replenish the labour force on whose exploitation the ruling class depends. It is not an intrinsic and essential feature of men that they oppress women. Nor are people identified as women at birth the only people to suffer from the oppression bred into the system by the need for unpaid labour to reproduce labour. For the real material oppression that the system requires then has its ideological expression not only in reactionary, misogynistic, sexist ideas about women compounded by the reification of women’s bodies as commodities. It also has its expression in homophobia and transphobia. The oppression of women and members of the LGBT+ community are therefore intrinsically interlinked.

From abstractions such as these, we need more and more concrete analysis in order to get to the truth, and to know how the truth should inform our political practice and how we avoid mechanical and reductionist interpretations of the abstractions.

However, we cannot do without these abstractions if we are to understand society and how we are to change it. Moreover, these abstractions can also guard against the ever-present pressure to accommodate to ideological viewpoints which disarm rather than arm us to take on the system as a whole.

But now, and increasingly, those same relations of production fetter the development of the forces of production as a result of the tendency of the rate of profit to fall for reasons internal to capitalism. The forces of production are now so developed that we have the real possibility for the direct producers to plan society to meet the needs of all and remove the source of oppression, imperialism and war – but for the fact that the capitalist ruling class stands in the way.