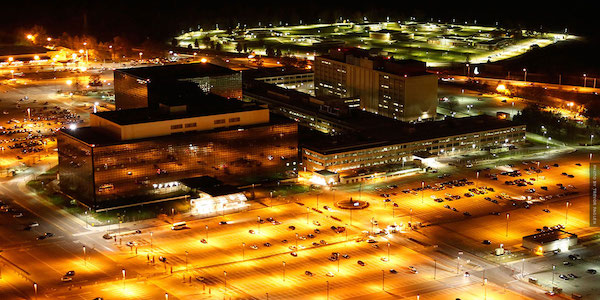 Goaded by those who let fear override democratic principles, some members of Congress shuttered public debate in order to pass a bill that extends the National Security Agency’s unconstitutional Internet surveillance for six years.

This means six more years of warrantless surveillance under Section 702 of the FISA Amendments Act. This is a long-abused law marketed as targeting foreigners abroad but which—intentionally and by design—subjects a tremendous amount of our Internet activities to government review, as they pass through key Internet checkpoints, and as they are stored by providers like Google and Facebook. Ultimately, the NSA uses Section 702 to sweep in and retain the communications of countless non-suspect Americans.

It didn’t have to be this way. Forward-thinking U.S. legislators from both sides of the aisle negotiated compromise bills that, while far from ideal, would have reined in some of the worst abuses of NSA surveillance powers while ensuring our intelligence agents could still do their jobs. But leadership from both Houses prevented the full Congress from considering these measures. For example, Senators were denied the opportunity to consider the USA Rights Act, and Representatives never had an opportunity to vote on the Poe-Lofgren Amendment during Thursday’s floor vote. Both legislative vehicles offered sensible reforms that would have advanced the privacy of innocent American technology users. This procedural maneuvering also meant that your opportunity to make your voices heard was greatly truncated.

While this debate took place in the halls of Washington, the ramifications are global. Millions of people around the world suffer under the NSA’s dragnet data collection. EFF fights for the rights of technology users everywhere, and our mission will not be complete until innocent users worldwide can communicate with dignity and privacy. Today Congress demonstrated its lack of regard for the human rights to privacy and association. And it shirked its duty to protect Americans’ rights under the Constitution.

We offer this response to the National Security Agency and its allies in Congress: enjoy it while you can because it won’t last.

Today’s Congressional failure redoubles our commitment to seek justice through the courts and through the development and spread of technology that protects our privacy and security.

First, in the courts. We’ve actively litigated against NSA spying since 2005. Our flagship lawsuit against mass surveillance Jewel v. NSA is currently in discovery in the District Court, having survived multiple challenges by the government. The government even sought in October to indefinitely delay responding to demands from the court to turn over documentation of surveillance, but the court refused. Instead, they are facing a looming deadline to produce documents to the court: February 16, 2018. We’re also confronting NSA mass spying through use of the Freedom of Information Act, supporting the other cases against mass spying, and participating in the few criminal court cases where the government has admitted using evidence collected under Section 702.

We also continue to search for new cases and arguments to challenge NSA mass spying in court—stepping up to the legal challenge of finding people who have admissible evidence that they have been surveilled and can pass the hurdle of standing that has blocked so many before.

We aim to bring mass surveillance to the Supreme Court. By showcasing the unconstitutionality of the NSA’s collect-it-all approach to tapping the Internet, we’ll seek to end the dragnet surveillance of millions of innocent people. We know that the wheels of justice turn slowly, especially when it comes to impact litigation against the NSA, but we’re in this for the long run.

Second, we’ll continue to harden digital platforms to make them resistant to surveillance and increase the ability of everyone to be digitally secure. We will promote widespread encryption through EFF tools like Certbot and HTTPS Everywhere, and we’ll promote the adoption of security tools through education and outreach. We’ll stand up to ongoing FBI efforts to block or deter our access to strong encryption. Together, we can make it more difficult and more costly for the NSA’s spying eyes to ensnare innocent people. And we will help technology users increase their digital security against bad actors.

Finally, we will continue to work with our allies in Congress to expose and restrain NSA surveillance. There is much to do on Capitol Hill, long before the next reauthorization debate in 2023.

Our vision is for a secure digital world, free from government surveillance and censorship. You deserve to have a private conversation online, just as you can have one offline. You deserve the right to associate and organize with others, as well as to read and research, free of government snooping. While Congress failed the American people today, EFF will not. With the support of our more than 40,000 members, we are stronger and more ready than ever to keep up this fight.