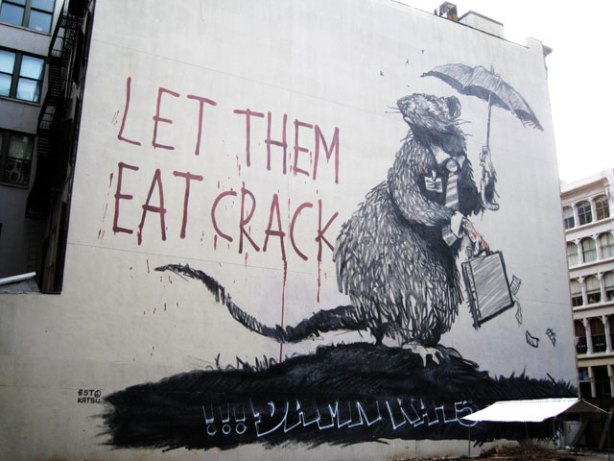 Much has been made of the rise of populism in recent years and the threat it poses to liberal democracy.

My view is that liberal critics of populism, standing on their heads, get it wrong. If made to stand on their feet, they’d have to admit that populism actually represents the failure of liberal democracy.

Populism has experienced a resurgence of late—in Hungary, Britain, France, Turkey, the United States, and elsewhere—especially the form of populism variously characterized as right-wing, nationalist, or authoritarian. It has attracted increasing support and achieved notable political victories within the institutions and procedures of liberal democracy.

The problem is that liberal democracy has failed to confront, much less solve, the problems that have led to the rise of populism in the first place.

Consider, for example, the history of populism in the United States. The three notable periods—in the late nineteenth century (with the rise of the People’s Party, which was also known as the Populist Party), the first Great Depression (around such figures as Father Charles Coughlin and Huey P. Long), and then during the second Great Depression (starting with the Tea Party and culminating in the election of Donald Trump)—all coincided with obscene levels of inequality and severe economic crises that decimated American workers and other classes (including farmers and small businesses) across the country. 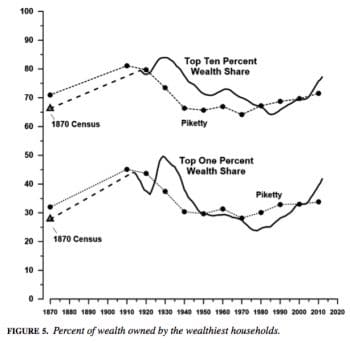 Source: Richard Sutch, “The One Percent across Two Centuries: A Replication of Thomas Piketty’s Data on the Concentration of Wealth in the United States,” Social Science History 41 (Winter 2017): 587-613.

Populism has been one of the principal responses to the complex and shifting layers of discontent and resentment that the ideas and policies of the leading political parties, economic elites, and mainstream intellectuals within American democracy first created and then failed to respond to. As I explained last November,

The paradox of the 2016 presidential race is that both major party candidates claim (or at least are identified by those in the media with) support of portions of the U.S. working-class and yet neither campaign offers anything in the way of concrete policies or strategies that actually respond to the real issues and problems faced by the members of the working-class. . .

It’s no wonder, then, that over the course of the past year and a half American workers have rejected establishment politics—as offered by both Democrats and Republicans—and voted in large numbers for Bernie Sanders and Donald Trump. They’re simply fed up with an economic system that has been rigged to benefit only a small group at the top and frustrated by a set of political candidates (not to mention economists and economic pundits) who pronounce fundamental change to be undesirable and unrealistic. Better to stay the course, so the elites preach, and eventually trickledown economics will work.

A different response was, of course, possible in all three circumstances. Instead of populism, marginalized classes in the United States might have been persuaded by and coalesced into a movement with utopian impulses—an association, organization, or political party that combines a critique of the existing order, including the elites that defend it, with an agenda that seeks to radically transform economic and social institutions in a progressive direction.*

As I see it, both right-wing populism and left-wing utopian movements see the existing system as “rigged” against the vast majority of people and level an indictment against “elites” that both benefit from and defend the existing system. Both responses therefore represent a failure of liberal democracy.

But the two reactions are not at all similar, even when both attempt to represent the grievances of workers and other classes that have been left behind.

There are, it seems to me, two key differences between right-wing populist and left-wing utopian movements. First, they approach the matter of alliance and opposition quite differently. Utopian movements identify a basic conflict between the people and an elite or establishment, and then challenge the claims to universality of those on top in order to form a different universality, a set of changes that will create a new humanity and realm of freedom for everyone, including the existing elites. As John Judis explains, right-wing populists exhibit a radically different approach. They

champion the people against an elite that they accuse of favouring a third group, which can consist, for instance, of immigrants, Islamists, or African American militants. Rightwing populism is triadic: it looks upward, but also down upon an out group.

The second major difference is that right-wing populists look backward, conjuring up and then offering a return to a time that is conceived to be better. For Trump, that time is the 1950s, when a much larger share of workers was employed in manufacturing, American industry successfully competed against businesses in other countries, and Wall Street played a much smaller role in the U.S. economy.**

That time was, of course, exceptional—in terms of both U.S. and world history. And it’s a vision that conveniently forgets about many other aspects of that lost time, such as worker exploitation, Jim Crow racism, and widespread patriarchy inside and outside households.

Instead of looking backward, left-wing utopian movements look forward—criticizing the existing order but also understanding that it creates some of the economic and social conditions for a better, more just society.

Liberal critics of populism understand neither their own role in producing the circumstances within which populism emerged nor the senses of injustice—especially class injustice—that fuel populism’s gathering strength.

The Left should be able to do better, both in analyzing the rise of populism as a failure of liberal democracy and in offering a utopian alternative to the status quo. But for that, it will have to look beyond the idea that populism alone represents a threat to liberal democracy.

If liberal democracy is under threat it is because of its own failures.

* Such a movement did in fact gather strength during the first Great Depression, the Thunder from the Left, which is precisely what led to the second New Deal in 1935 (after the 1934 midterm elections and before Franklin Delano Roosevelt’s 1936 reelection campaign).

** Joshua Zeitz argues that the Populists of the late nineteenth century also looked backward and that the parallels between then and now are striking:

Ordinary citizens chafed at growing economic inequality and identified powerful interests—railroads, banks, financial speculators—that seemed to control the levers of power. Many came to believe that the two major political parties, despite certain differences, were fundamentally in the pockets of the same interests and equally unresponsive to popular concerns.