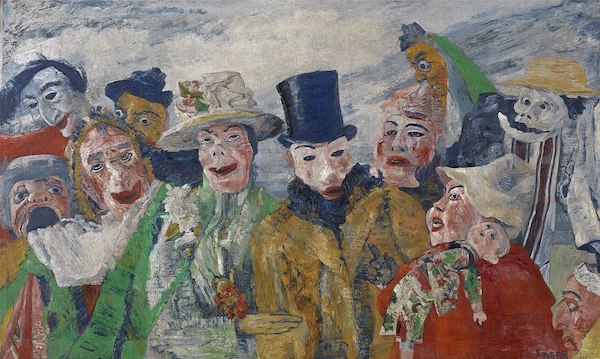 Mainstream economists have, it seems, discovered the existence of economic ideas outside the official discipline of economics.

It took them long enough! But, unfortunately, they don’t treat the topic particularly seriously—certainly not in the way the scholars who pioneered the project of the New Economic Criticism, starting in the mid-1990s, set out to conduct their theoretical and empirical work. No, for mainstream economists it’s just a continuation of their tendency to denigrate and dismiss what the proverbial person in the street thinks about economic issues and to defend at all costs their own citadel of models, theories, and policy directives.

Back in 2017, Robert Shiller discovered what he called “narrative economics,” which he defined as a “simple story or easily expressed explanation of events that many people want to bring up in conversation or on news or social media because it can be used to stir others’ concerns or emotions, and/or because it appears to advance self-interest.” As I see it, there are two main problems with Shiller’s approach: First, he’s only concerned about narrative economic ideas to the extent that they “go viral” and create “exogenous shocks” to the aggregate economy—in other words, that they case economic downturns, such as the first or second Great Depression. He says nothing about the narratives about economic issues and events that circulate all the time within capitalism, whether during upturns, downturns, or no turns at all in contemporary economic and social life. Second, he never attempts to identify and make sense of the narratives that are at play in academic economics. For him, narratives are all “out there,” in the popular imagination. But such a distinction overlooks the extent to which the work of academic economists produces narratives about the economy—and how those academic narratives affect (and, of course, are affected by) nonacademic or everyday narratives. When, for example, mainstream academic economists write about the economy through such tropes as voluntary exchange, the invisible hand, equilibrium, and so forth, they are creating a narrative according to which everyone gains from trade. No losers, just winners. And the “laws” of the market need to be understood and obeyed. As we know, that is a powerful narrative, which is produced within mainstream academic economics (often via mathematical modeling and statistical estimation) and then disseminated through a wide variety of media (from academic publications and university courses to speeches and blogs).

Then there’s Paul H. Rubin, who just this past fall attacked “folk economics” as “the economics of people untrained in economics,” a set of ideas that “evolved in our brains before the development of the modern economy.” His target is even more specific than Shiller’s: it’s the “woke left” and their view that we live in a zero-sum world. Behind this Rubin sees, perhaps not surprisingly, the specter of Karl Marx:

Marx’s economic system was based on the primitive worldview of our ancestors. For him, conflict rather than cooperation between labor and capital defined the economy. He thought that the wealthy became rich only by exploiting the poor, that all income came from labor, and that the economy needed central direction because he didn’t believe markets were good at self-correction.

Notwithstanding the fact that that’s not a terrible summary of Marx’s critique of political economy, Rubin is incapable of seeing everyday economics circulating on the opposite end of the political spectrum, among his friends on the Right. For him, it is simply true that specialization of labor is valuable, capital is productive, and that labor and capital can work together to increase income; that property rights need protection, members of other groups can cooperate through trade, and that the creation of wealth benefits everyone in a society, not only the wealthy. The rest of us, of course, see that set of ideas as a powerful narrative—no less a folk or everyday economics as ideas that are held by left-leaning activists—that is at least in part produced by mainstream academic economists from Adam Smith down to the present.

And then there’s Paul Krugman who, with the help of Tressie McMillan Cottom, has stumbled on folk economics. And I’ll give him credit, since the “folk” he refers to “needn’t be members of the working class. They can be, and often are, members of the elite: plutocrats, powerful politicians and influential pundits.” Absolutely! Economic ideas different in either form or content from academic economist are produced and disseminated by members of both the working-class and the capitalist plutocracy. But then he reverts to classic Krugman: mainstream economists get it mostly right, and all they really need is the “IS-LM model” to analyze economic crises (such as the 2007-08 crash) and devise the appropriate public (fiscal and monetary) policies.* There he stands, completely self-satisfied with his colleagues in mainstream economics, against the “‘folk’ who hold plausible-sounding but wrongheaded views of the economy.” Of course, for Krugman, IS-LM is not itself a part of a folk economics, a narrative of economic events that is produced by and serves as a simple story that is convincing to other mainstream economists, precisely because it stirs their concern or emotions. Where, for example, is the role of inequality or exploitation or distributions of surplus-value captured by finance in causing the crash, or of policies that seek to maintain but not move beyond capitalism in response.

That’s the problem: all three of them—Shiller, Rubin, and Krugman—see folk economics only “out there,” outside the discipline of economics. They don’t or can’t see everything they ascribe to everyday economics as operating within, as constituting, mainstream economics. And they are unwilling or incapable of understanding the complex interactions between mainstream academic economics and everyday economics—in particular, of how mainstream economics as it is produced within the academy affects the economic ideas of the “folk,” and at the same time how much of folk economics is also a parody of what mainstream academic economists say and write, in a kind of Bakhtinian carnival.

Fortunately, such a carnival exists, precisely because it serves as a counter to mainstream academic economics, by creating artifacts that give us a sense of how things might be different, and thus of how alternative economic arrangements might be imagined and created.

*I do have to tell one funny story: I wrote my own major in political economy in college, in order to take all the courses in economics and political science I wanted to, and none that I didn’t want to (including intermediate macroeconomics). Plus, I had no intention of going to graduate school after I got out. But then I changed my mind, decided to apply to study economics, and because of that I had to take the Graduate Record Examination in economics. Well, I got to the section on macroeconomics and IS-LM. I guessed that I probably stood for investment, S for savings, and M for money. But what the hell did L represent?! Needless to say I botched that set of questions. Only during my first year, in which I was dragged through the hell of graduate-level mainstream macroeconomics, did I discover that L represented liquidity preference.