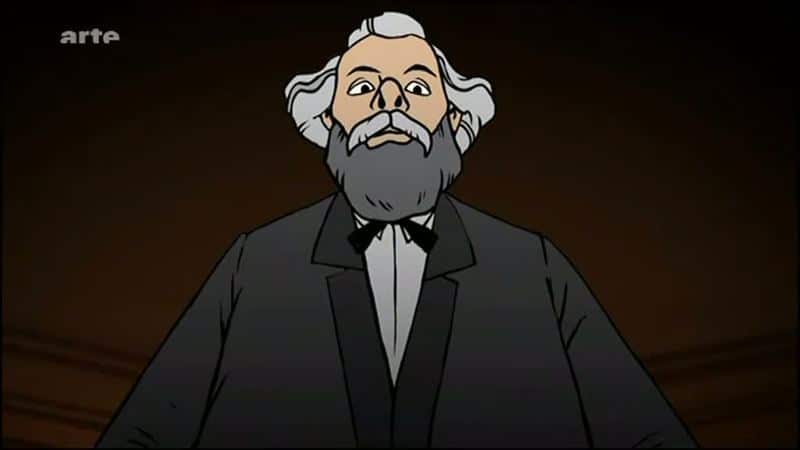 Jason Barker is the writer, director and co-producer of the 2011 documentary Marx Reloaded. He is Professor of English at Kyung Hee University, South Korea. His new novel Marx Returns is published by Zero Books. Marx200 asked him about his new book and what has happened between Marx Reloaded and Marx Returns. See here for more information.

You made Marx Reloaded in 2011, after the financial crisis and a return of Marx in particular and of the critique of capitalism in general. What do you think today, 10 years after the crisis, is the outcome of this return? 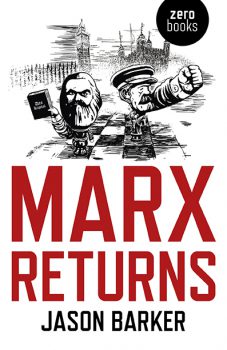 Jason Baker: Very difficult to say. I don’t speak as any kind of expert on financial or economic affairs. As for Marx Reloaded, when I look at it now, it seems we Marxists (if that’s what we are) have a lot of false friends out there. I am not talking about the people who appeared in Marx Reloaded. I am not making any value judgment about them. But the problem in general is that we are in a situation today where liberal economists like Nouriel Roubini and Thomas Piketty have no problem using Marx’s analyses as a corrective, in other words to correct those parts of the economic system that are not functioning as they would like. So they talk about the central banks and the money supply and the federal budget and investment in infrastructure as systemic policy issues. It is a great example of abstraction. And, we know, if that is the return to Marx, it hasn’t achieved a great deal of “Marxism”, because even those liberal economists are fairly marginal voices who do not have their hands on the levers of economic regulation. There is not even a social democratic New Deal on the horizon. It’s striking that even to use Marx as a corrective, like an antidote to a harmful virus, is right now unthinkable.

A lot of people see that the critique of the finance capitalism and neoliberalism has been overtaken by rightwing populism and what returns now is not Marx, but the monsters of authoritarian politics and fascism. Do you agree?

Jason Baker: Of course I agree that fascism is on the rise. You know one time a few years ago I attended a demonstration in Belgrade against some changes that were being imposed on the bus network there. They were introducing some digital bus card that was alleged to be a violation of privacy. There were less than fifty people there. A couple of years before in the same place you had thousands of fascist demonstrators descending on the city attacking a Gay Pride event. You had riot police, police with dogs, armored cars, helicopters, all to contain these fascists. The idea that you could have confronted them, that militants could have been mobilized to oppose them, was fantasy; it was just out of the question. And it’s the same in Poland right now, Hungary, many countries where a mixture of religious fundamentalism and a dysfunctional socialist legacy mix to create this divine wrath. But the question of Marx here is not so easy. To say it’s not Marx, it’s this post-Marxist phenomenon of fascism and authoritarian politics is, you know, to be a bit disingenuous. Milosevic practiced authoritarian populism and he got away with it for many years. He was a socialist president. What happened through the post-World War 2 years in Yugoslavia prepared the way for this. It is not as if the country was taken over in a military coup.

A second discussion is whether the left has discussed a lot of relations of power and repression, but “forgotten” class. Do you think there should be a return of class politics, and how do they should look like?

Jason Baker: The interesting thing I find when I listen to feminist debates right now is how as soon as it’s a question of equality it immediately becomes a question of class. It’s the centenary of the suffragettes and their victory securing women the right to vote. But of course suffrage in the beginning was only for property owners, it took another ten years for the franchise to be extended to all women aged 21 and over. When it comes to transgender it’s interesting because such debates seem to be more focused on the rights of the individual. But the passage to equality still faces the same hurdles in fighting to secure rights that are always and everywhere determined by the unequal distribution of wealth. In the UK you have what’s called a postcode lottery which is fairly self-explanatory. If you’re unlucky to find yourself living in a certain borough then your access to healthcare is going to be less than someone living in the next borough which may only be a kilometer from where you live. You are penalized for your lack of social mobility. And there is no ideology here, no attempt on the part of the local council to hide this. Quite openly you are classified and referred to in government statistics as a resident of a poor borough, or a problem borough where you must pay higher insurance. So, yes, politics is all about empowerment and disempowerment. But what overpowers people massively is this inequality around class and social mobility, the latter being a question of how much labour you can get away with, the power over your own labour time. Having said that, I’m not someone who believes that controlling one’s own labour—this idea of self-management—is going to deliver social emancipation. I think we can learn a lot from Marx’s labour theory. But it’s part of a critique of capitalism, not some revolutionary formula. We know that all sorts of pathological behaviours are alive and well. And they are growing. We know the regressive role of religion in our societies. But then it’s not as if by attaining economic and social equality people are going to forget their mosques and churches and synagogues, is it? And even if they do, what about political religion? Or the simple religion of everyday life / diese Religion des Alltagslebens?

After Marx Reloaded you wrote Marx Returns, but as a novel. Why did you choose this type of approach to Marx?

Jason Baker: There are so many Marx biographies. I wanted to do something where I had the freedom to make things up and imagine things that did not happen but that were plausible. Marx and his family clearly censored a lot of things to protect his legacy. So the question becomes what was going on behind the scenes that we are not supposed to know about? There’s this famous letter Jenny writes to Weydemeyer in 1850 from London which is really sad, desperate and humiliating. But then I thought ‘what were the circumstances under which that letter was written?’ Jenny says to Weydemeyer that her husband doesn’t know she’s writing to him to plead for money. So if Jenny has secrets from her husband over money, what other secrets does she have? We don’t know. And we don’t know much about what their relationship was like and how it worked on a daily basis. For me that was the opportunity to write something really fantastic and imaginative, especially with Jenny’s character. I wanted to take their relationship completely to pieces. But I should stress Marx Returns is not a philosophical novel. I think such novels are fake, written by people who have nothing to say, who have no story. They end up writing some pseudo-intellectual bullshit. If you like historical fiction then I think you will like Marx Returns. But don’t expect some philosophical book or biography. It is an adventure story.

A part from the novel: What else have you done since Marx Reloaded, and regarding these engagement: what do you think is the actual in Marx’ critique? And what is outdated or what should be overcome?

Jason Baker: Trying to earn my living. I currently work at Kyung Hee University in South Korea teaching undergraduates and graduates. I just edited a special online forum for the Marx bicentenary at the Los Angeles Review of Books. It has essays by Jason Read, Agon Hamza, Nina Power and Jürgen Neffe. I think it should be published in late February. I don’t have strong opinions about Marx’s critique. I am an Althusserian which means I am interested in the scientific applications of historical materialism. I don’t see any need for some overhaul of Marx’s basis discoveries. I am more interested in how we can use them in interpreting and analysing different situations and conjunctures.