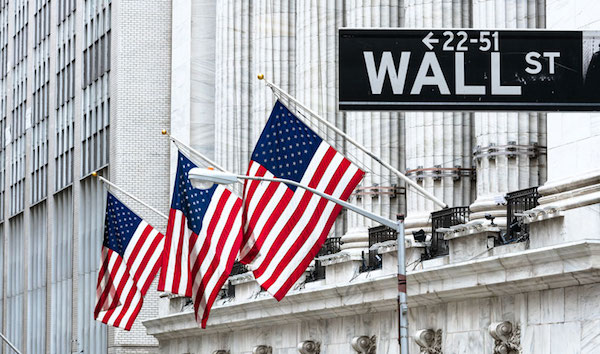 What is happening in the U.S. economy provides an object lesson on the functioning of neo-liberal capitalism. Pre-first world war capitalism which had witnessed the long Victorian and Edwardian boom had relied on the colonial arrangement for the system’s dynamics. The goods produced by Britain had been sold in colonial and semi-colonial economies (causing “deindustrialisation” there), and goods of even greater value had been taken away from these economies (the difference constituting the “drain of surplus”) to be exported, partly against British imports and partly on credit, to the “New World”, ie, to the temperate regions of white settlement, for which Britain and not the colonies were counted as the creditors.

When this arrangement which underlay the Long Boom of the “long nineteenth century” had exhausted its potential after the First World War, the entire system was afflicted by the Great Depression. A new arrangement had been needed by the system; and it came into being, and provided the basis for another long boom, only in the post-Second World War period when State spending began to be used for stimulating the economy.

Giving the State this role, of spending directly to generate employment, undermined the social legitimacy of capitalism and hence was anathema for finance capital, for it showed that the State’s pampering of capitalists to keep up their “animal spirits” for sustaining the level of activity and employment was quite unnecessary. But post-war capitalism, faced with a threat to its existence because of the spread of socialism, had to accept it.

With further centralisation of capital, leading over time to the globalisation of finance, the opposition of finance capital to State intervention in this form became much more effective. The State after all was a nation-State while capital had now become international, so that any State’s ignoring the wishes of finance would have caused a capital flight from its jurisdiction, and hence a financial crisis for it. Accordingly, under the neo-liberal regime that came into being in the era of globalisation, controlling fiscal deficits and eschewing taxes on capitalists became the order of the day.

These neo-liberal regimes, devoid of the earlier props that had sustained capitalism, essentially depended on asset-price “bubbles” for their boom and the only way these could be stimulated was through low interest rates. Monetary policy became the only instrument available to the State for boosting the level of activity, since an active interventionist fiscal policy was ruled out under neo-liberalism; and stimulating bubbles, rather than any larger investment directly, became the modus operandi of monetary policy.

This obvious fact however is never “officially” accepted. Policy spokespersons and “mainstream” economists trot out the hoary old theory that low interest rates operate through enlarging investment; but in reality their main effect is via the formation of bubbles, which in turn can stimulate expenditure, including investment expenditure, and thereby increase activity and employment.

When the “dotcom bubble” of the nineties (the stock market boom that rode on the backs of IT companies) had collapsed in the US, the then chairman of the Federal Reserve Board (equivalent to the Central Bank) Alan Greenspan, had lowered the interest rate; he had thereby started a new bubble, the “housing bubble”, for which he was much criticised later after this bubble had collapsed in 2008.

But this criticism, even echoed by many progressive economists, obscures the central point: it passes off the flaw of the system (namely, its reliance on bubbles) as merely the irresponsibility of an individual called Greenspan (for having stimulated a bubble); and this criticism naturally came only after the bubble has collapsed.

All bubbles, by their very nature, necessarily entail “sub-prime” lending, ie, lending by financial institutions to persons who in “normal times” (ie, in the absence of the bubble) would not be considered creditworthy. This is because bubbles artificially inflate asset-prices against which loans are made, so that holders of such assets, even if they are not otherwise considered creditworthy, become entitled to credit because of the bubble.

Now, if such lending is curtailed because the borrower’s lack of creditworthiness in “normal times” is suddenly taken into reckoning during a bubble, then the bubble itself collapses, which causes a crash in asset prices. This not only truncates the real economy boom but actually generates a recession. Hence to keep the boom going under the neo-liberal regime, the bubble has to be maintained, for which cheap credit has to be fed to the system, notwithstanding the fact that it takes the form of sub-prime lending.

All bubbles however collapse anyway, no matter how much and for how long cheap credit is made available. And when they do, the crash that follows mirrors the strength of the bubble: the stronger the bubble the greater the crash. The blame for the crash is then laid at the door of the monetary policy that had stimulated the bubble, without any acknowledgement that the same monetary policy had given rise to a real economy boom in the first place, via the bubble.

What has happened after the bursting of the housing bubble and the recession that it has caused is a replay of the same scenario. The Federal Reserve Board once again pushed down the interest rate almost to zero in a bid to revive the economy. The argument was that it would generate expenditure, especially investment expenditure; but investment was very little affected by it. In fact it still continues to be sluggish in the US.

What such a low interest rate did was to start a new stock market bubble, not as pronounced as the “dotcom” or housing bubbles, but a bubble of sorts nonetheless. And this in turn did start some kind of a recovery in the real economy in the U.S. through stimulating consumption expenditure, and with it in the world economy.

This recovery which has been celebrated by the IMF and also recently at the Davos summit has actually been extremely anaemic. Much is made of the fact that the unemployment rate in the U.S. has gone down to 4.1 per cent, and has remained there for four consecutive months including  January 2018, which is below the level (5 per cent) of January 2008.What is missed in this is the drop that has occurred in the employment-population ratio, and also in the labour force participation rate, which measures the proportion of the working-age population that is either actually employed or is looking for work. A significant number of working-age persons in short are not looking for any work in the U.S. even at present, because, most likely, they are not hopeful of finding any. Indeed if we assume that the labour force participation rate of January 2008 actually obtained in January 2018, then the unemployment rate in the latter month would be 6.1. per cent, which is still higher than in January 2008.

Significantly, even this partial recovery, which has not brought the U.S. economy to where it had been in January 2008, ie, before the crisis began, is now being truncated through a collapse of the stock market boom. This collapse started in the U.S. in early February and immediately spread all over the world, including to India. While it may appear to have got arrested thereafter, since the factors that triggered the collapse have not ceased to exist, one can expect at best a stop-go slide in a downward direction in the stock market in the coming days.

Why U.S. speculators are jittery is not a matter that need detain us here. What is important for us is the total fragility of any bubble-based recovery. Indeed the structural crisis of neo-liberal capitalism consists in the fact that booms under it do not have the kind of “real” foundation that they had in the earlier phases of capitalism.

Predictably, the period of low interest rates has now started to get the flack for having caused the stock market bubble that is beginning to collapse. But it is not mentioned even once that this bubble is what brought about even the anaemic recovery that actually occurred.

What the current U.S. experience shows is not only the role of bubbles in sustaining the level of activity under a neo-liberal regime, and hence the fact that the lives of millions depend upon the whims of a bunch of speculators, but also the completely evanescent and short-lived character of the booms in this period.