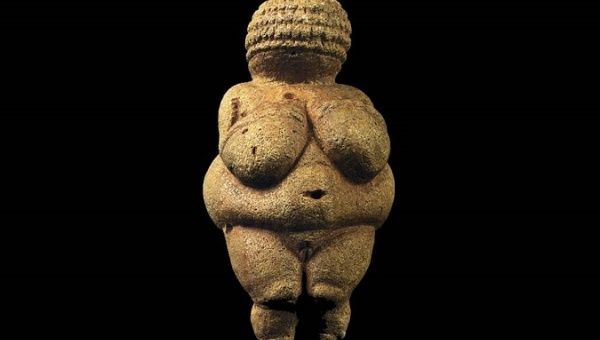 The sculpture of the naked paleolithic woman dates back to somewhere between 25,000 and 28,000 BC. | Photo: Museum of Natural History- Vienna

Facebook, lest you forget, does not appreciate nudity: once again a work of art, this time the 30,000-year-old sculpture of the Venus de Willendorf, has fallen victim to the social media behemoth’s puritanical censorship policies – albeit briefly.

In December, Italian graffiti artist Laura Ghianda was forced to remove an image of the naked paleolithic woman, who dates back to somewhere between 25,000 and 28,000 BC.

“Dear international friends, you won’t believe what is happening to me,” the self-proclaimed “artivist” wrote on Facebook.

“Facebook censored the insertion of one of my posts because… I used the ‘dangerous pornographic’ picture of the Willendorf Lady.”

Ghianda had appealed the censorship four times since December by the time Facebook finally apologized, saying it was a mistake due to its algorithms.

“Our publication policy does not allow nudity, but we have an exception with the statues, therefore, the post with the image of Venus should have been approved, we apologize for the error and let the user know we approved her post,” Facebook said in a message to the artist Thursday.

It is not the first time Facebook has penalized users for sharing images of famous artwork. Late last year, the company took down the iconic image of Marisol who was pictured nude on the cover of the magazine Interviu in 1976.

Paintings by Italian artist Amedeo Modigliani and Gustave Coubet‘s 19th-century work ‘The Origin of the World‘ were both removed for showing female genitalia and breasts. The French user who shared Coubet’s paitings is now on trial after his account was deactivated. The censorship case will be determined on March 15.

According to Facebook’s regulations, photographs of paintings, sculptures and “other works of art showing nude figures” are supposedly permitted. However, photographs showing human genitals, buttocks, nipples or sexual activities are banned.

The Museum of Natural History in Vienna, where the statue is kept, denounced Facebook’s regulations: “An archaeological object, especially iconic, should not be banned from Facebook because of its ‘nudity,’ just like any artistic work should be.”