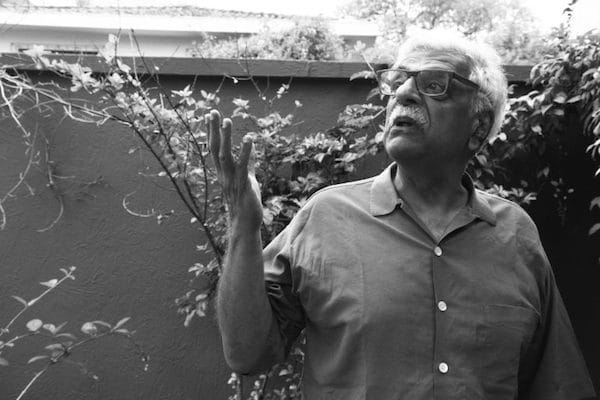 In September 2017, Tariq Ali visited our office in São Paulo for a long conversation. Here’s what he said about Chávez, Lula and the end of the “pink tide” in Latin America 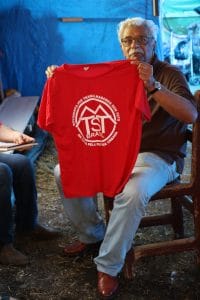 It is a huge crisis, a crisis we can date to. In particularly in the “Bolivarian” republics it is linked very much to the decline in the price of oil, a sharp decline. The first energy minister in Venezuela was a very sharp guy and he always said: “Don’t spend it all. We should follow the Norwegian example and have a very big state investment centre which preserves the money. You of course use half of it for education, health, social projects and to help other people in South America, fine. But do not spend it all because we might need it when there is an economic crisis”.

But they were so desperate to create public housing etc. that they spent a lot of that money. So when the crisis came, their resources had dried out and they had not built any alternative. The government is already under pressure in that country but one of the things which was a disaster, which you saw in the last years of Chávez too, was the scale of corruption. And the place where the corruption is huge of course is in business circles. But it is always a problem when you try and introduce structural reforms without being able to challenge the structures of capitalism.

Chávez told me very bluntly, “We can’t do it, Tariq. The forces of global capital will crush us, so we have to think.” He knew it. “We cannot do it like the Chinese, Russians or the Cubans did. It’s a different epoch.” He was right with that.

But at the same time the enormous flow of oil and money created a Bolivarian bourgeoisie, who thought that they would challenge the traditional bourgeoisie in Venezuela. It didn’t work. And I mean there is a logic, as the old man Marx told us, the laws of motion of capital don’t recognize labour. And corruption was huge inside the army because after the coup attempt organized by the Americans and the Spanish there were two choices for the Venezuelan leadership: One was a large-scale purge and execution of all the senior officers involved in the coup and there were some people saying, do it as a lesson to these bastards. And Chávez said: “No, let’s not kill anyone, let them go into exile.” And he was right. It would have multiplied the anger against Venezuela. But he chose another method: Upping their salaries, giving lots of money and within the top elite of the generals there was a burning desire for money and under Maduro it’s out of control.

And I tell you one story which shocked even me: The Chinese had said, we can help, we can help reconstruct or construct for the first time a real deep social infrastructure, we can help develop factories, which should be half owned by the state etc. But we have to come and do it ourselves, we have to be honest with you we don’t want to pay bribes to anyone. So Chávez said: “Yes, of course!” The goods arrived, all the machinery, the equipment in large containers vessels from China by sea. That very night those ships arrived, there was a raid on these three vessels, organized by the military, and everything disappeared. So the Chinese said to Chávez: “We wanted to help you but how can we help you when we know it’s your military who did it” and Chávez couldn’t deny it so the Chinese said bye bye. So this corruption really is like a cancer, it has destroyed the Venezuelan apparatus, it is destroying Brazil, as we see in the most bleated way.

And when I wrote about the levels of corruption in Brazil in “Pirates of the Caribbean”, many of my Brazilian friends were very angry, saying: “You shouldn’t have told the story about this and that.” The western media, the Financial Times, The Economist, The Wall Street Journal, The New York Times, El País were basically saying in the early years, there are two alternatives: There is the radical Chavista Bolivarian alternative or there is the rational, moderate alternative of Lula. This is the model for the Latin America: Lula, not Chávez. And Chávez once said to Lula, at one of these meetings of heads of state: “You know something my brother, the big tragedy is that the Americans were never trying to overthrow you.”

When I was writing the book on Lenin, I came across some writings by Lenin, especially in his last years, which happened to escape me. In the last years of his life he said two things: He apologized to the Russian workers which no other political leader, to my memory, has done and he said: I apologize to you for all the mistakes we have made and are still making, I am really sad and sorry. The second thing he said, we didn’t know anything except the broad generalities of how to exercise power! This has done by a guy who together with this big movement has made a revolution. It is no joke for him to say this.

In this country the PT leadership, Lula, Dilma do not admit to a single mistake they have made. It’s shocking, absolutely shocking! It would help them if they stood up, we know who their enemies are: the people who carried out the constitutional coup, the rich who have always hated Lula for a combination of reasons: class reasons, “he is not educated”, snobbery, “how can this guy be our president”. We know all that. But attacking these enemies is really easy.

You have to explain to people in Brazil how you went wrong after being in part for so long, what you did which wasn’t enough, Bolsa Familia, like a handout, psychologically very important, but it does not change the social structure in any way, even in reformist terms. And the corruption is on a huge level, it is not enough to say the whole system is corrupt, you were not elected to sustain this corrupt system, you were elected to get rid of it. So there are positive things that could be done but call in a big conference of the PT nationally with elected delegates from all over the country to discuss this. And to say: Where did we go wrong? Why has this happened? You can’t just blame the enemy. Why should the enemy be nice to you?

You have to ask yourselves: What did we do that has weakened us to this degree? And this I don’t see happening anywhere. And so the Left is a bit stuck in what needs to be done today. So that’s a tragedy, it’s the PT letting its own social base down. So the people get sidetracked and say: All politicians are the same, they behave in exactly the same way and then some politician comes up, like in Argentina, or Trump and many working class people say: Because he is a billionaire at least he won’t be corrupt. This is so common. And it could happen here, I have no doubt about it.

On Lula coming to power, it’s not that they haven’t  thought about this before coming to power, don’t forget that Lula had lost three elections. And some of his advisors then said to him: The only way to win is by telling big business here and in the United States, we are not going to do anything different. And all politicians lie to the people, I’m afraid. They were not going to change anything.

When I came here at Lula’s victory [in 2002] there was a lot of hope, I came immediately after the elections, there was still hope but it was very clear that the plan they had was a totally neoliberal plan. Fernando Henrique Cardoso publicly said: I thought Lula would be more like himself but actually he is behaving just like me. That’s what he said and he was not so wrong. So the first term of Lula in my opinion was a disaster, complete disaster. People had hopes but the people running the government knew what they were doing. They were not going to change anything. And this is the difference with the Bolivarians, who, whatever criticism you might make of them, they spent a lot of money for creating a social infrastructure.

The Brazilians never did that so the conditions of the poor, public housing, health, education… remained a total bloody disaster. Which is why when, in 2013, the movement arose of young people – and then was taken over by the right – about many of the demands they were initially making were not realized. One could understand that.

Brazil – The Cancer of Corruption

Ahead of this year’s election, Tariq Ali delves into the murky story of political corruption in Brazil, an illness which affects parties and politicians of all stripes. The current President, Michel Temer, is not immune to this illness: this week he is being questioned by police over bribes in relation to shipping laws. Last year, Temer was caught on tape discussing bribes with businessman Joesley Batista, who handed a recording to police. Besides that, there is footage of Ali´s visit to the MTST (Homeless Workers´ Movement) camp in São Bernardo del Campo.