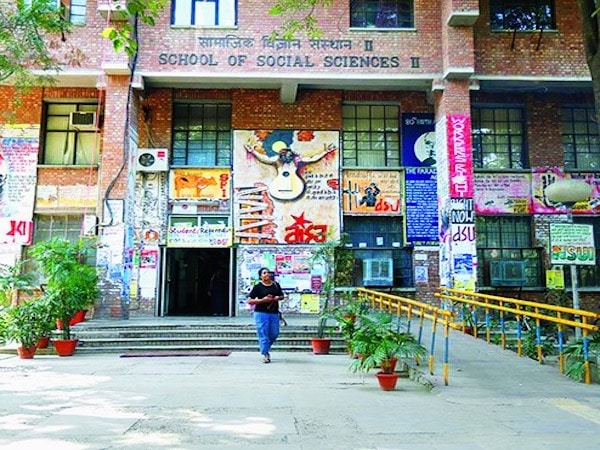 In a slave society, one can argue, the interest of the slaves lies in keeping the slave owner happy, for otherwise he is likely to flog and whip them mercilessly which would cause them great agony. Likewise in a caste society, one can argue, the interest of the Dalit lies in being as inconspicuous as possible, in not ‘polluting’ the upper castes through his presence, for otherwise he is likely to be beaten and lynched. Such behaviour, however, appears ‘rational’ only if we adopt exclusively a perspective that accepts the system, that sees no possible existence outside of it. The same behaviour on the part of the oppressed would appear to be the diametrical opposite of their interest, the moment a perspective is adopted that goes beyond the system, that is, the moment one places oneself, in terms of perspective, outside of the system.

Placing oneself in ‘epistemic exteriority’ vis-à-vis a system, if I may use the term to denote a situation where one looks at a system from outside of it, amounts ipso facto to visualizing an alternative to the system. When the Dalit finds untouchability unacceptable, the Dalit is implicitly visualizing a system that is characterized by the absence of untouchability. When a slave finds being flogged unacceptable, the slave is implicitly visualizing an alternative system. And such visualization is indeed the first step in going beyond the existing system towards what is visualized, that is, the first step in overthrowing the existing system in favour of the alternative. Acquiring ‘epistemic exteriority’, therefore, is the beginning of action for change.

There would be no social progress without the acquisition of this ‘epistemic exteriority’ vis-à-vis what exists, which, therefore, underscores the vital importance of dissatisfaction with what exists. All the preaching about finding happiness in one’s life as it is, including religious preaching, which seeks to remove dissatisfaction and inculcates acceptance of what exists as the means to happiness, thus serves to foreclose social progress by foreclosing ‘epistemic exteriority’ in this sense, a view that underlies Marx’s well-known remark about religion being the “opium of the masses”.

Not surprisingly, all those who want to conserve the existing social system always want to prevent the emergence of such ‘epistemic exteriority’. They seek instead to enforce an ‘epistemic closure’ where everyone who lives within a system is constrained to remain trapped within the perspective of that system itself and cannot see any alternative to it.

To be sure, what matters is whether the oppressed themselves acquire this ‘exteriority’ and act to change society, and not whether a few individuals, who themselves do not belong to the ranks of the oppressed, do so. But such ‘epistemic exteriority’, once acquired by some, can easily spread to others. Hence the conservative forces in any society make every effort to prevent the acquisition of ‘epistemic exteriority’ by anyone, that is, in effecting an ‘epistemic closure’ that applies to everyone.

In our present era, the system of neo-liberal capitalism has been remarkably successful, far more than capitalism has ever been at any stage in recent memory, in effecting such an almost universal ‘epistemic closure’, where no practical alternative to it is seriously visualized by any segment of society, including even the radical intelligentsia that in every system is typically in the forefront of visualizing alternatives.

Indeed, the very wide acceptance of the proposition that the interests of the poor and the excluded are best served if the capitalists are kept happy even by squeezing the poor is indicative of this ‘epistemic closure’. A similar position for a slave society, namely that the interest of the slaves is best served if the slave owners are kept happy even if through a further debasement of the slaves, would have been widely rejected owing to the pervasive ‘epistemic exteriority’ applied to a slave system; but not so with neo-liberal capitalism. Most political parties would be happy to have their governments snatching agricultural land for capitalists, displacing peasants and labourers, and handing over tax concessions to capitalists while cutting expenditure on essential services, for boosting their ‘animal spirits’, so that they might make larger investments, presumably to benefit all. The ‘epistemic closure’ under neo-liberal capitalism is obvious.

Several factors have gone into this ‘epistemic closure’. The role of the media where corporate control has caused the loss of an autonomous and critical voice is an important factor. Besides, there are obvious practical difficulties in bringing about any change in the system of neo-liberal capitalism, because of the immense transitional difficulties that arise owing to the globalization of finance: even before any change gets actually effected in the system, the very hint of a prospective change would cause capital flight from the country bringing great hardships to the people, hardships no less severe perhaps than an external invasion, but with no identifiable external enemy seen to be causing them. But what I wish to focus on is the ‘epistemic closure’ sought to be effected through the education policy under neo-liberal capitalism. And here I take up only one point.

‘Epistemic exteriority’ with regard to social systems comes largely through critical voices in the social sciences and the humanities. Neo-liberal capitalism attempts precisely to destroy these disciplines. The reduction in State funding for social sciences and humanities is well-known. The systematic effort to change the character of universities like my own, namely Jawaharlal Nehru University, which are strong in social sciences, conforms no doubt to the agenda of the Hindutva forces; but it also promotes the cause of neo-liberal capitalism: such universities are asked to develop technology and management disciplines on the grounds that these disciplines rather than social sciences and humanities are what the ‘nation’ needs for ‘development’. And this latter view is also widely accepted by several non-Hindutva political parties that see social sciences and humanities as being irrelevant for ‘development’. Was it not the present chief minister of Andhra Pradesh who had said some years ago that political science was an irrelevant subject, a view shared at the time by none other than the then University Grants Commission chairman?

But it is not just the devaluation of social sciences and humanities that contributes towards this ‘epistemic closure’. The very idea that is being propagated of what students should do, namely ‘concentrate on their studies’ alone and refrain from any critical social activities, works in the same direction. After all, breaking out of the ‘epistemic closure’ is itself a critical social activity. To insist that students should not ‘waste their time’ on such activity, forces them to conform, to put their own private interests above any social concerns, and hence to shun acquiring any ‘epistemic exteriority’.